The Most Frustrating Thing About The Smartwatch 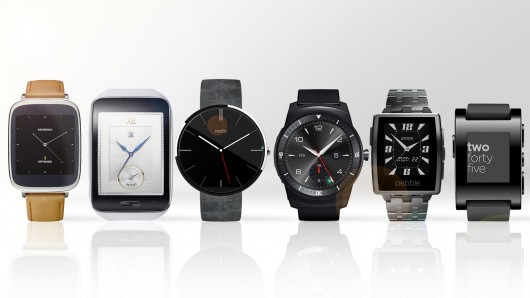 A new innovation has been introduced to the smartwatch family.

Currently in the midst of a successful campaign on Kickstarter, the iType smartwatch promises typing capabilites. Yes, it has an interface that actually allows you to type easily on a tiny watch face. This means that you can use it to update your social media accounts, text, and write emails — you can chuck that clunky smartphone out the window already.

Except, will we really?

Last year, I was lucky enough to be Vulcan Post’s representative to the launch of the iPhone 6 in Cupertino. Being fresh-faced and eager, I jumped into the opportunity with all the optimism in the world — and when Tim Cook announced the Apple Watch, I cheered like the little fan girl I was. At that moment, it sounded like the most amazing thing ever. In person, the Apple Watch looked amazing — a shiny sight in a well-lit room, all decked up in leather and stainless steel.

But when I went out for dinner later, another member of the media, Alvin Soon from Hardware Zone, asked, “So what is the point of the Apple Watch?”

Here’s an excerpt from his recount at the time, which you can read in full here.

“My wife woke up on Wednesday morning and heard that Apple had announced a new smartwatch. She messaged me and asked, “What is it for?”

I recieved her message halfway around the world in the United States, where eight hours ago I had just seen the Apple Watch in person. As I sat there in my hotel room, I realised the only answer I had for her was, “I don’t know.””

Even now, with the Apple Watch’s release, we continue to hear ardent Apple fans sing its praises. At the same time, we’ve heard from people who have tried the Apple Watch, but who are less than impressed with its functionality. As I look at different fitness trackers and smartwatches with varying features, Alvin’s question is once again brought to the forefront of my mind: what is the point of the smartwatch? It’s easy to judge each smartwatch based on its looks and the functionality promised, but it’s hard — even impossible — to judge how good a smartwatch is without truly understanding what the end-goal is.

Is it supposed to take over the smartphone, integrating our favourite digital companions into a single wrist accessory? Will it be so intuitive that we’ll have it embedded into our skin? Or will it be part of a bigger family of accessories, such that we’ll eventually be encouraged to own accessories like headgear, footwear, clothing with built-in deodorant — the whole shebang?

Advocates of the smartwatch are lauding it the next big thing, exclaiming that we’re on the brink of the next breakthrough. And I’ll admit that it is exciting to think about how wearables will transform our lives, making them better, more efficient, and more connected.

When Samsung released the first in their Samsung Gear line — the Samsung Galaxy Gear — in 2013, Shin Jong-kyun, president of Samsung’s mobile division, said, “The most important thing is to convince consumers that this is a necessary product with a lot of useful functions. It will bring a lot of changes to our life by providing real smart freedom.”

“The idea is that instead of having to constantly pull out your smartphone, you can just glance down and see the key portion of the message right there,” said Pebble CEO Eric Migicovsky to CNBC back in 2013. He was referring, of course, to how smart watches would be able to give us connectivity without the hassle.

That all sounds well and good, but the problem is that no one knows what the ideal smartwatch looks like yet.

Everyone’s trying something new: from a simple vibration-notification, to Pebble Time’s new timeline format, to apps on the Apple Watch that will pay for stuff, unlock doors, and locate your car in that huge carpark. But even the Apple Watch has a clunky interface, requiring me to swipe through a hundred apps to get to the one I want — it seem as though someone has taken my smartphone, shrunk it down to a 312 x 390 pixel screen, and strapped it to my wrist. Having a smaller version of a smartphone seems nice, but doesn’t make sense: phones are getting bigger, while phablets have a well-loved place in the world. How will I comfortably play Candy Crush on a watch face?

So clearly, people aren’t buying smartwatches for their renowned usability. Maybe it’s the need to be ‘on top of the game’. Much like how I was won over by the pomp and pizzazz of the Apple Watch announcement, and the sleek design of the watch with its ingenious straps and many features and capabilities, the fun and excitement of owning something that’s at the forefront of personal technology is addictive.

Or maybe it’s hopeful optimism, knowing that the current generation of smartwatches signifies something more: a future where work is effortless, where connectivity is intuitive, and efficiency is second nature.

The smartwatch is taking baby steps: the tech industry is pushing out idea after idea, trying to see which one sticks. But unless it’s able to integrate into our lives, smartwatches are like any new toy — obsessed over for a few months, then forgotten about until a new one is released. Wearables are much more than just the power of technology — they are a lifestyle. The worst thing the wearable industry can do right now is to push out the same features, the same fitness and health tracking systems, and the same squarish-boxy-metal contraption looks that defy all fashion sense.

Will we truly be able to integrate the smartwatch into our lives? The savvier, more adaptable ones amongst us will probably be able to, but for now, it makes no practical or monetary sense to get one. And until that problem is solved, smartwatches won’t be what they are meant to be.