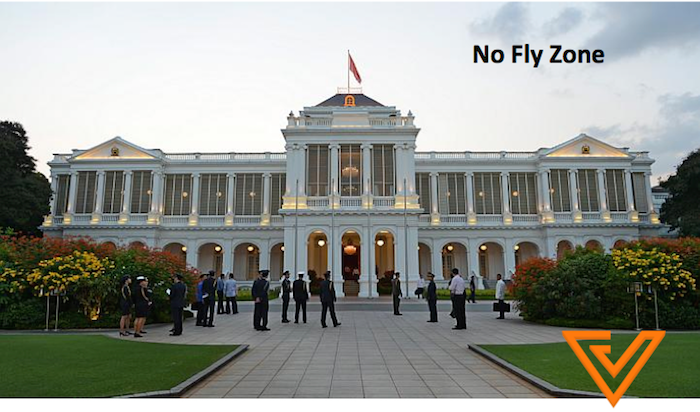 Singapore Drone Enthusiasts: What The New Laws Mean, & How They Affect You

The Singapore Parliament has passed a Bill governing the use of drones, and it will take effect two weeks from now on the 1st of June.

Drone enthusiasts in Singapore, here’s something that you might want to take note of: earlier this week, the Singapore Parliament passed a Bill that will take effect two weeks from now, on the 1st of June.

According to Channel NewsAsia’s report on the new Bill, operators will need to obtain a permit to fly unmanned aircraft (more commonly known as drones) that weigh more than seven kilogrammes. No-fly zones will also be announced — these areas include the Istana, Parliament House and military bases and camps.

The report also hinted that the Ministry of Transport — the official Ministry enforcing the Bill — is still in the midst of discussion on how to deal with violators of the new regulations, and what course of action to take towards drones that enter no-fly zones without authorization.

“Some of you have pointed out that attempts to shoot it down may actually cause more damage and I fully agree with you on that. So any action that we take, we have to consider it carefully,” Transport Minister Lui Tuck Yew was quoted as saying in the report.

Drones are becoming increasingly common, especially among hobbyists. This is all thanks to the availability of cheaper drone models in the market. Entry-level ones cost as little as USD50, with more elaborate models retailing at above USD1,000. Weights of recreational drones also range from less than 1kg to more than 10kg. Here’s a simple drone illustration to give you a better idea of a recreational drone:

Other than hobbyists who use drones for recreational purposes, commercial drones are also gaining popularity among companies in the photography, filming and advertising industries. The new Bill will only affect drones weighing over 7kg, so hobbyists should not face many problems since recreational drones over 7kg are rare.