Speed Dating: The Perspective Of A 30-Year-Old Single Dude 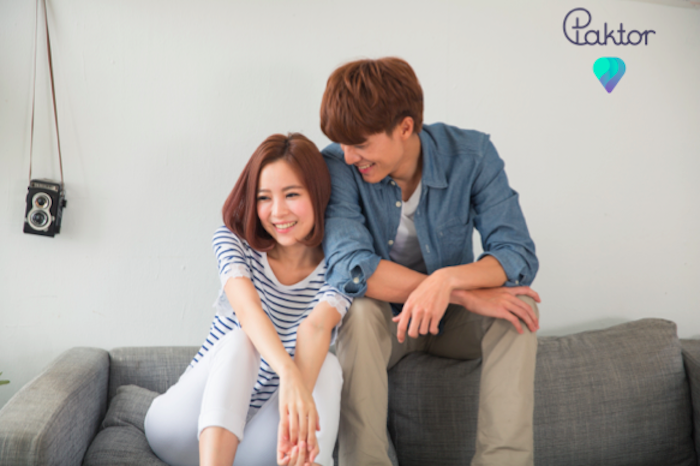 Yes, it might sound lame, but you’d be surprised at the kinds of people you meet. In fact, I’ve actually gone on a couple of dates with someone I met at a speed-dating event just a couple of weeks ago. We’re not together yet, but we’ll see.

Anyway, I digress: if you have about 5 minutes to spare, look through what I have to say and judge for yourself! All I have to say is: speed dating changed my life.

So it was one of those days: I was staring blankly at my desktop at work, crunching numbers, preparing for my next business presentation.

I received a notification on WhatsApp! Was someone going to ask me out to dinner? I peered at my phone with excitement, and guess what I saw:

As much as I love my mum, this really wasn’t what I was hoping for.

Yes, I’m probably one of those people you’d think was asexual. I’m better friends with my Excel spreadsheets, PowerPoint presentations and proposals, than I am with any living, breathing female — although I did name my new computer “Alice”. I’m thirty, have a relatively established career path, am very much available, but also more single than you can imagine.

Why? I just never got out very much. College was by far the last chance I had at meeting someone, but I blew it, because a good degree would get me further in life than any partner would — so said society.

The next thing that happened was not what I was expecting:

This time, I said to myself, I’m going to ignore anyone who isn’t asking me out. So I stole a glance at my phone — a familiar-looking notification in a heart shape (Paktor’s icon) appeared.

OMG did I get a match? Much to my dismay, it wasn’t — it was a notification about a speed dating event that was coming up at HortPark. Great, I thought to myself, even the app is telling me I’m a loser.

Fast forward 2 hours later, and it was 8pm. Time to go home. In the cab, I instinctively took out my phone again to see if anyone liked me — nope no luck at all. I had gotten a number of matches before, but for someone like me, it never went beyond small talk and chit-chat — mainly because I was a wuss who didn’t dare ask anyone out.

Then it struck me: what if I didn’t even have to ask them out? Isn’t that the whole point of speed dating? You just meet people! Without having to ask them out in the first place! Idea, right? Immediately, I signed up, paid, and got the details from GaiGai. I shan’t go into the boring details of the confirmation process, because I pretty much forgot everything except the fact that I was going to meet 12 different girls!

The Moment of Truth

3 days later, I was there in my smartest looking suit, specially tailored when I was invited to a snazzy F1 suite last year as part of a client event. This was the second time I had it on; I was dressed to kill (or so I thought), but at the same time 20 minutes early, pacing the toilet and breaking into perspiration because Singapore is just too damn humid. I was right: I was dressed to kill — to kill myself.

People starting entering Vineyard at HortPark, but I didn’t want to be caught in awkward conversation with the hosts of the speed dating session, or with the other dudes and ladies. I was in the zone, psyching myself up.

Without realizing it, it was already 10 minutes past the time we were supposed to be seated. I finally stepped in, pretending to be nonchalant. Upon entering, I was greeted by the host, Charlene — she smiled a lot, and said a few things which I no longer remember or heard. The only thing I saw was the empty seat I was led to.

So I sat down, looked ahead and wow, I was shocked: she was gorgeous, and I thought to myself — wah, I strike 4D man! Not able to believe my luck, I scanned the room quickly to look at the other 11 ladies — and then at the guys. I started to wonder why they were there; suddenly, all my preconceived notions about speed dating being a ‘loser’ activity disappeared into thin air — they were all pretty good-looking individuals!

Back to reality: the session was starting. Charlene kicked off the session by laying out the rules of the night.

All of this was accompanied by good food, drinks and a bowl of cue cards at the table if you ran out of things to say (which will happen, trust me).

And so it began.

Obviously I had some lines ready, but nonetheless, everything went out the window the moment the actual interaction started. The first lady, Marilyn (not her real name), was a doctor — pretty, but according to her, just too busy to meet anyone. I was pretty nervous at first, and by pretty nervous, I mean I was a train wreck. I didn’t really know what to say, or if a joke would be good to open up the conversation:

“Hi, I’m Eng Loon (that is not my real name). I really wanted to start this off with a joke but I was afraid you wouldn’t think its funny.”

She laughed — not because she thought I was really cracking a joke, but because she thought it was ‘cute’ that I was being so honest. She probably also thought it was ridiculous of me to want to introduce myself with a joke. Nonetheless, her laughter really put me at ease, and got things back on track — we continued our little chit-chat for the next couple of minutes. Somehow, when the bell went off for us to move seats, we were talking about the morgue — but that didn’t really matter. I had fun and I think she did too.

It was time for me to meet the rest.

Things went a lot smoother with the next 11 ladies; I was less nervous and I think they were too. Every encounter was different, yet refreshing and fun! Of course, there would occasionally be that 2-second pause, but heck — it was the first time we’d met, and 2 seconds is definitely excusable. So this went on through the night, and as each interaction went by, it become almost easier to open the conversation and I was really enjoying myself.

But alas, all good things must come to an end. Before I knew it, it was the end of the night. There were quite a few nice ladies I had wanted to shortlist, but you could only choose three. I guess that works, since it forces you to really think through your choices. Had they given me unlimited choices, I might have just listed everyone down (or at least 6 to 7 names).

So I listed the names of three ladies, submitted my form and left. But not without asking Marilyn for her number — she was my top choice anyway. Surprisingly, she gave me her number, and in that instance, I felt unstoppable.

2 days later, I received a call from Charlene:

Charlene: “Hey you got a match!” (she sounded more excited than I did)

Charlene: “It isn’t Marilyn, but Cynthia.”

Well, I was a bit disappointed that Marilyn didn’t reciprocate, but considering that Cynthia was indeed in my top three choices, I was actually really excited. (Side note: thank god I didn’t message Marilyn in the two days).

Charlene gave me Cynthia’s number, and that led to texting, and even a few dates!

All these happened just a couple of weeks ago: the couple of dates I’ve since been on with Cynthia, believe it or not, were the first dates I’ve had in 3 years. While it’s nothing too serious yet — we’re pretty much still in the getting-to-know-each-other phase — I have to say, this wouldn’t have been possible if I hadn’t discarded my stereotypes about speed dating and taken a leap of faith.

So for the guys reading this: are you ready?

This post was originally published on Paktor’s blog, and was submitted and written by a satisfied GaiGai attendee who wishes to remain anonymous.

GaiGai is Paktor’s new business arm that provides bespoke dating services and holds singles events regularly. It has been featured in numerous publications to date, and has received positive feedback by many participants.