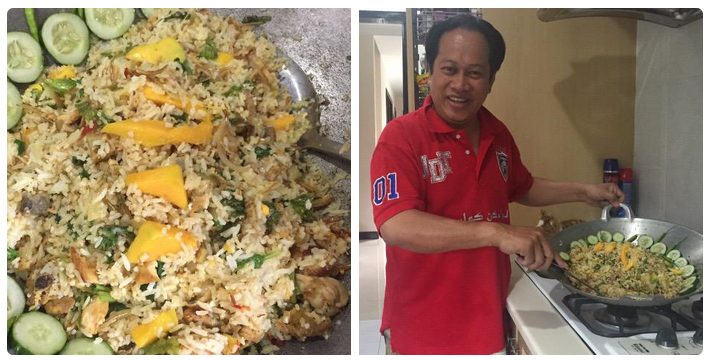 Deputy Finance Minister Datuk Seri Ahmad Maslan recently took to Twitter to share an image of his tax-free fried rice. He prepared the fried rice solely from ingredients that was free from the goods and services tax (GST).

He did this to show people that they could make better financial decisions with food if they wanted to avoid the burdensome GST.

According to The Malaysian Insider, the minister said, “In Malaysia, people like to eat out, this is a habit they can change if they want to. If they feel GST adds to their costs and is a burden, we give them a choice.”

The image has been retweeted over 3000 times and the premise of the tweet was to highlight the fact that the most of the raw foodstuff is zero-rated unlike in other countries, and such ingredients could be used to keep expenses low when it comes to one’s choice of food.

Since GST was introduced, many Malaysians had to stretch out their budgets, as the expenses that were once cheap are now quite pricier. At one point of time, eating out may have been something that you’d do everyday but now, you may have to think twice before paying for the same meal.

He shared his fried rice with the Twittersphere with supposedly good intentions but that wasn’t enough to stop the netizens from criticising him.

Some disliked the way the chili was used as a prop to decorate his dish.

However, the minister defended his style of cooking by claiming that it’s a creative way of doing things and that it was done to capture people’s attention. He mentioned to the Malaysian Insider that garnishing is an art form and the Internet is full of creative dishes.

The same Twitter user didn’t spare the minister’s forehead either.

Some netizens where wondering if he’d poison people that don’t like his cooking.

Skeptics also emerged with their own suspicions and opinions on so called ‘GST-free’ items.

And they do bring up valid points.

While some of the people’s concerns may stand true, you can’t knock the minister down for trying to “help”. However, their rage is understandable as Ahmad’s tweet does come across a little as trying to belittle the negative effects of GST. Many people do feel that the “solution” is not up to par because firstly he’s a finance minister and secondly asking people to not eat from out restaurants is not realistic as the minister himself has noted that eating out is part of Malaysian culture.