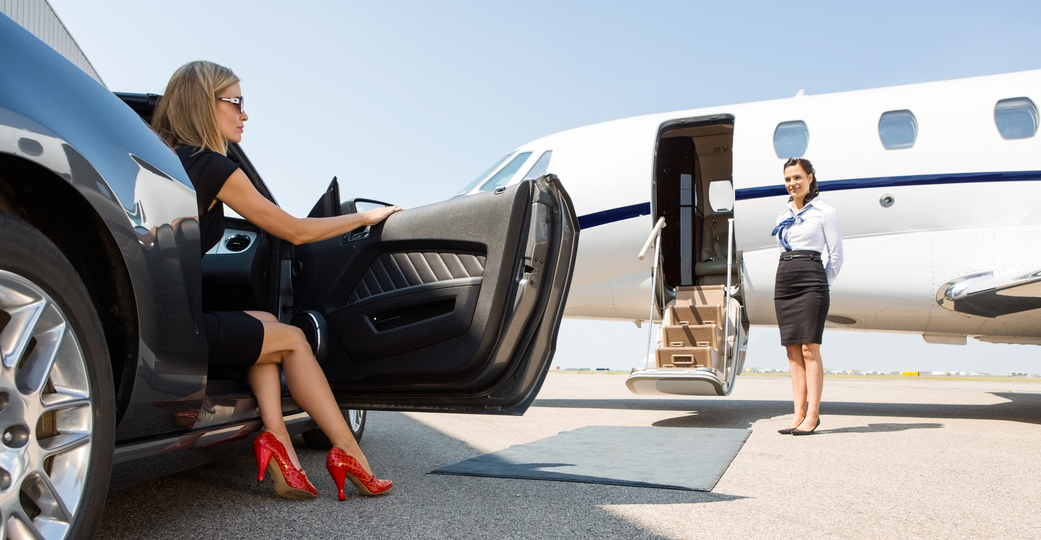 Singaporeans aren’t strangers to the concept of millionaires. In fact, data from 2013 showed that we’re home to more than 150,000 millionaires, so what better place to get a peek into the lifestyles of the rich than in Singapore — or rather, Singapore’s subreddit?

Four days ago, someone raised the question of what the lifestyles of the well-to-do are like on Singapore’s subreddit page. Responses are varied, showing that being rich isn’t just about drinking champagne and being surrounded by hot people in the fanciest clubs.

“My fortunate disposition has created a very comfortable, stagnating environment and I don’t feel pressured to work or get productive at all.”

“I think my family is relatively well-to-do, generally speaking. My father migrated to our neighbours across the border when I was young and made his fortune there. I grew up in a nice landed bungalow and went to a nice private school and got an expensive UK education. They still live in Malaysia but I’ve since moved back to Singapore, partly because I don’t think they are happy with the idea of me just lounging around all the time. I am generally a frugal person and understand how lucky I am to be born into wealth and opportunity, so I don’t flaunt or waste it.

I live by myself in a 5-room HDB my parents own. I have one room which I spend 75% of my time in and share the whole HDB with other rent-paying tenants who are much older than me and whom I never interact with. I don’t have any childhood or school friends since I grew up in Malaysia and most of the friends I made in NS have moved on with their own lives. I rarely get a chance to meet new people aside from the local coffeeshop aunties and uncles. I think I have quite a lonely, decadent lifestyle where I spend some parts of my day casually searching for a job to occupy my time and most of the day playing LoL or browsing Reddit and arguing with strangers. It’s bizarre, it feels like I am in limbo.

I am not using it as an excuse obviously, but I think my fortunate disposition has created a very comfortable, stagnating environment and I don’t feel pressured to work or get productive at all. I used to know alot of men in NS who were not so well-off or grew up in poor households and had to ask for some benefits from the SAF and from what I’ve seen lurking Facebook, they’ve worked hard, bettered their lives and moved on and I’m happy for them. Just goes to show that money really can’t buy happiness. Or maybe I’m just an idiot that doesn’t know where to shop. =)”

“It is as fake as you see in the magazines.”

“I’m pretty lucky — grew up in a large house, surrounded by supercars, taken expensive holidays and enjoyed the finer things in life. I will admit, it’s nice not to have to worry about money. Anything I have ever wanted growing up, I got. when I screwed up in my early days, my dad would bail me out (i.e., losing 5 figure sums on the stock market, and having my dad bail me out of the mess I created). Since then however, I have shied away from the stock market as well as any form of gambling. When I was in my teens, it was easy to do anything I wanted and abuse the fact that I had access to a lot of money. I never really had to think or worry.

Family holidays to exotic destinations were paid for in full, staying only in the best hotels and going by business class. Private tours were organised when my dad was in a rush for time and wanted to get things done quickly, and at the pace he wanted. I’ve been to the best bars and clubs here and never had to wait in line. Someone would organise entry for me and all I had to do was show up. I’ve pretty much never booked an air ticket or hotel room for most of my life.

Now — believe me or not, doesnt matter — that lifestyle is not as glamourous as most people think. You’re surrounded by people who constantly want to one-up you and everyone in the “Tatler” circles (as I like to put it) is so pretentious. It is as fake as you see in the magazines. The last event I went to was more than 5 years ago, where most of the older men around my dad’s age were bragging about how many women they had on the side >< My folks rank somewhere in the top 1000 so they are constantly invited to these socialite events. I almost never get invited anymore because I’ve made it a point specifically not to attend, especially when invited.”

“Getting nagged about not being good enough as compared to my father.”

[Editor’s Note: This quote has been removed by request]

“My parents have told me they intend to donate all their money when they pass away, and I support that decision.”

“I won’t go into what my parents do but the general perception would be that we fall into the wealthy and privileged segment of society. That said, we’re not ostentatious about it — we’re quite frugal, and certainly very low key in comparison to many others in our circumstances.

I keep my head down and work hard, and believe in the value of hard-earned money as a way to buy independence and life experiences rather than material goods. I’m grateful that my family can afford to be a “safety net”, but I haven’t had to rely on that so far, and aim never to have to. My parents have told me they intend to donate all their money when they pass away, and I support that decision. I hope to be able to do the same when I die.

In terms of my lifestyle…I work from morning till night, go home to have dinner with my wife (sometimes if we’re both tired we’ll go out for dinner so we don’t need to cook and wash dishes), and then continue working till around 12.30 or 1am. Repeat every day including weekends, except that Friday nights are date nights, Saturday afternoon we try to go out for a few hours, and Sunday morning I play tennis. If I’m lucky I get to hit the gym once or twice a week too.”

“Better crying in a BMW than on a bike.”

“A lot of people would consider me well-to-do when they find out I live in a landed property, etc. I used to live in a Holland Village bungalow when I was younger, went on boating trips with my dad, my family owned two Porsches, etc. I’ve always been frugal, however. I count my dollars, I look for opportunities, I don’t overspend, over order or overeat.

Now I’ve moved into this new house and I have not wanted for much. I spent most of my time playing games and didn’t really get to experience life as others do. I’ve had a couple of girlfriends and am dating one now, but I still try to save money. Irks them I guess haha. I’ve been trying hard to come back up to speed during these few years on what I want my life to be, which is only getting more difficult because of my status/illness.

It’s quite nice actually to be fairly well-to-do. I don’t want for much. I did well for A levels and I get to go to the UK for my education. My mum gives me a bonus everytime I do well in exams. (not that I need it for motivation) I’ve never worked before, I can spend most of my time gaming and doing nothing I guess. Then again, I’m not posting on Instagram super car rich. Fairly well-to-do, but not rich.

I’ll definitely strive towards rich in future. My mum always told me, “better crying in a BMW than on a bicycle.””