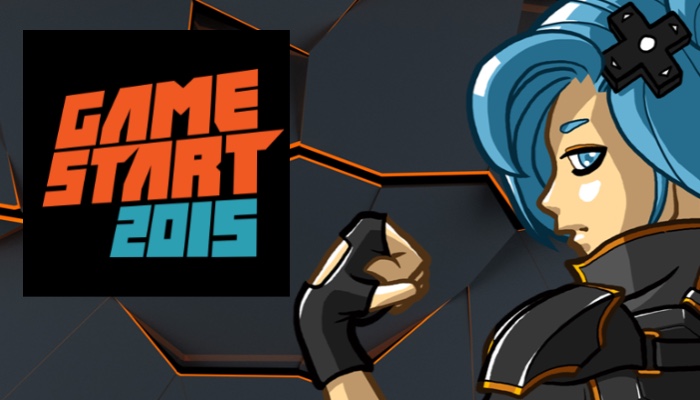 We may not have the likes of E3, Penny Arcade, and Comic Con gracing our lands, but that does not mean that geek culture is non-existent in Singapore. For a start, there’s GameStart Asia.

“The response to last year’s show completely blew our expectations,” said Elicia Lee, Director of Eliphant Pte Ltd, the team that organises the event. “We knew that there was a gap in the market for a consumer gaming event, but we didn’t quite expect the turnout and it was great to see the wide range of attendees. Besides the gamers, there were also tourists and families which was really fantastic. It just proves that gaming is no longer a niche activity, but one that everyone can get into.”

Last year’s first ever GameStart event saw people queuing to get into one convention hall — the queue itself occupied another entire hall. Cosplayers sauntered in front of the arena and the enticing sounds of gameplay going on in the hall made the waiting a little better. This year, GameStart Asia 2015 promises to be “bigger and better than before”, with two halls booked over three days (instead of two) — we can’t wait for November 13 – 15 already.

Mascots and The Sorts

With every convention, GameStart brings out its mascot, gamer-girl Alyse, along with an accompanying vibrant theme for the convention. Sure, it’s all part of marketing, but who says you can’t have fun with it? This year, it’s all gone retro, and they’ve even thrown in a free-to-play game for all.

In a first for an Asian gaming convention, the game was created in collaboration with Seow ‘Sonic’ Zong Hui, developer of Street Fighter vs MegaMan. The retro-style platformer features GameStart resident gamer girl and mascot Alyse battling increasingly challenging enemies in a bid to defeat a mysterious enemy. Along the way, she unlocks other playable characters, each with their own unique powers. Classic stuff.

We’ve been impressed with the amount of great titles released (or to-be-released) this year with Batman: Arkham Knight, Assassin’s Creed, Fallout 4, Halo 5 and more, but the upcoming games are set to be better — just look at Star Wars Battlefront. Already confirmed to exhibit are Sony Computer Entertainment, Taipei Game Show, and a couple of indie studios and game start-ups, as well as gaming tournaments that will bring the crowd.

GameStart 2015 will also host the Capcom Pro Tour Asia Finals, where you’ll be able to see all them street fighters come out to duel. There’ll also be the annual FIFA tournament that boasts some pretty attractive prizes (last year, it was an Xbox One). So we are looking forward to sampling some exciting games this year. Pretty sure we’ll get to try out Star Wars Battlefront…

With cosplay synonymous with the world of gaming, you can expect to see some well-dressed individuals milling around the arena. The Game On! Cosplay Competition will also make its return, and the two celebrity cosplayers (yup, it’s a thing) will be revealed in the coming weeks. We reckon you’d be able to meet Cosplay Auntie Shirley here!

Besides big games and big names, GameStart Asia also welcomes startups and small companies that create, make or work with games to make their mark at the exhibition, in a special indie area called Founders Base. There’s also a day of networking and knowledge-sharing at the ‘Gaming in Asia – Insights and Trends’ conference, which will cover a range of topics from game marketing strategies to IP protection.

All encompassing, and all fun, GameStart Asia 2015 will be happening from November 13 – 15 at Suntec Convention Halls 401 and 402. It looks like the event to be at if you’re a gamer, cosplayer, developer, or just a geek culture enthusiast. For more information, visit www.gamestart.asia

Also Read
The Not-So-Secret Side Of A 68-Year-Old Cosplay Auntie, & What She Taught Me About Life
Categories: News Reader, Lifestyle, Geek, Singaporean, Gamer