How One Messaging App Mobilised The People Of BERSIH With 230,000 Chat Sessions 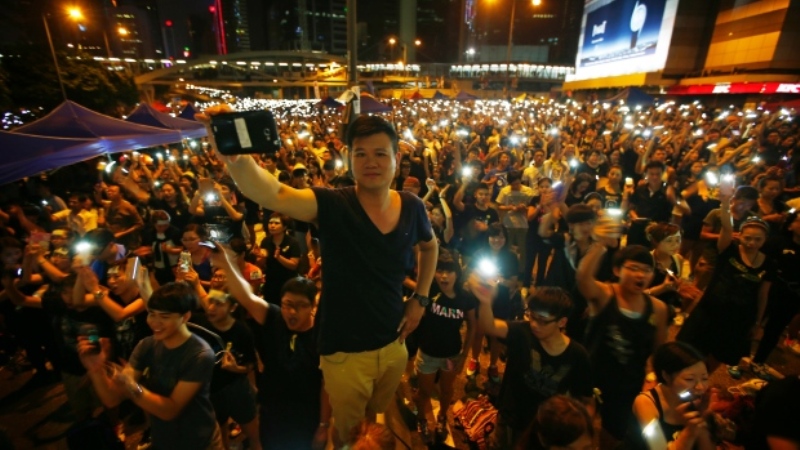 There’s no dispute that the BERSIH rally this time around is going to be impactful and eventful. While the phrase, “there’s strength in numbers” may apply to causes, rallies and protests; the same can’t be said about networks.

Networks, be they cellular or any telecommunication signals, get really congested and perform horribly in the presence of plenty of people. Add that fact with the efforts of authorities and other individuals in disrupting the communication mechanisms during the rally and you have a recipe for disaster.

Relying on mobile data for Internet connectivity during the rally is a dumb thing to do. You need something better—something more robust. Something, that doesn’t rely on cellular networks or the Internet.

FireChat is a messaging app that’s available on both iOS and Android and you can use it even without Internet or cellular networks. So how exactly does it work?

FireChat allows users to communicate off the grid by connecting them through their devices’ radio. Two FireChat users can relay messages between each other as long as they are 70 metres away from each other. The app enables mobile phones to create their own peer-to-peer mesh network through Bluetooth and Wi-Fi radios inside the phone.

If there are more devices in that location, they will form a network and messages will bounce from one device to the next and this will increase the range of the network. In essence, the more people use FireChat the better the network gets for everybody.

FireChat doesn’t require you to use your real names, neither do they require you to share your phone numbers. After you sign into FireChat, you can follow others via the app and get messages from them.

You can even join chat groups and you’ll be able to send and receive messages from members of the group all at real-time. The app allows you to update everyone else all in real-time without any ads or unrelated content.

30,000 Downloads Since The BERSIH Hype

FireChat is the brainchild of Open Garden Inc, a San Francisco-based startup that’s dedicated to the mission of connecting the next 5 billion mobile devices with peer-to-peer connections.

Since its release, the app has been used by many people in Bersih-like events such as the pro-democracy protests in Hong Kong. A representative from Open Garden, Marina said, “We’ve seen people all over the world from Hong Kong to Moscow and Paris to South America turn to FireChat in preparation for such events.”

Also Read
This Stall Keeper Teaches Us That There Are Many Other Ways To Support BERSIH 4.0

Given the benefits of the app, many rally supporters are already encouraging the use of FireChat for the rally. Given the hype of Bersih 4.0 among the citizens, Marina shared that the FireChat app has been downloaded close to 30,000 times (as of 25th of August) and in that time over 230,000 chat sessions were created in the app by Malaysians. A session could be either private or public.

Marina told Vulcan Post, “The average duration per session is 2 minutes and 18 seconds. Users by city breaks down to KL Federal Territory (73%), Selangor (14%), Johor (4%), Penang (2%) and Perak (1.3%).” She also added, “We also see people in other countries, Australia and Singapore in particular expressing their support and asking questions about Bersih4.”

Given the popularity of the app, the app currently ranks number 5 in the App Store in Malaysia right between WeChat and Twitter.

While the app does provide you with the option of communicating without Internet while you’re at the rally, it doesn’t mean that you can say whatever you’d like without discretion. It’s advised that you exercise caution at all times.

“All messages in the public chatrooms are visible by everyone. If something sensitive has to be shared, private messages can be exchanged. Those are encrypted end-to-end. Some people also prefer to use pseudonyms on the app: unlike other social networks, we don’t require real names or SMS verification,” Marina added.

Since the private messages are encrypted, you don’t have to be concerned about strangers, authorities or the government spying or intercepting your messages. You can be assured that the only your recipient will be the one reading the message.

That being said, after watching episodes of Mr. Robot, I would tread safely even with the layer of the security the app provides.

While FireChat does provide the benefit in the sense that everyone’s able to see what you message in real-time, it doesn’t stop the police or any other authority from simply joining the group and seeing what the people are talking about.

A Hong Kong student Michelle Zheng told CNN, “If you’re discussing your deployment through FireChat, the police know straight away where your weak links are.”

If you’re going to use FireChat during the rally or any other platform really, do so with discretion and common sense.

One of the most active chatrooms is called “Bersih4” and you can access by following this link here.

Also Read
Before Putting On Your Yellow T-Shirt, Think About Why You’re Going To BERSIH 4.0
Categories: News Reader, Lifestyle, Must Read, Geek, Malaysian