SG Party Time: The Website That Reveals What Singaporeans Are Talking About This #GE2015 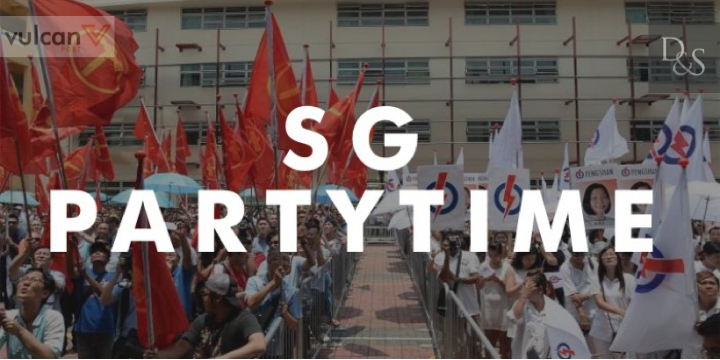 GE2015 will go down as the social media election. With all the rallies being streamed online, parties making announcements on their respective social media platforms, people flocking onto Facebook to see ‘real’ photos of rally turnouts, and even Twitter tracking the elections — if anything, it’s hard to go through a day without being presented some form of news about the elections.

Given the sheer amount of information swirling around on the interwebs, it can get a little difficult to track down what is trending in real time. But SG Party Time — a monitoring tool that shows all the trending activities revolving around the General Elections — will do just that. An odd choice of name we must say. For a website that is actually useful and chock-full of information, it sabotages itself with a frivolous name. But a name is just a name; let’s move along from that and focus on the good bits.

According to the website, the word cloud is an accumulation of data from “salient keywords and channels, a high-speed crawler that extends deeper than traditional RSS feeds and search engines to draw out relevant data that is presented in a visual and comprehensive manner.” And the bigger the word, the more discussed it is.

To find relevant social media posts on a topic, click on any word. Upon clicking ‘Foreign Policy’, you’ll find a neat presentation, or a ‘party graph’ of how many times it was mentioned by the relevant parties. Watch how the issues changed over the past few weeks as you scroll on the right-hand side of the cloud — four weeks ago, ‘Job Market’ was the pressing issue but it has now been replaced by ‘Opposition’.

While I know this is all relevant, I was a bit surprised that no names appeared in the cloud. No Chee Soon Juan, who has been making rousing speeches, no mention of Chiam See Tong, who recently spoke at a rally, nothing on Koh Poh Koon performing CPR — surely they’ve missed out on something?

What is also interesting is that at the bottom of the page, it shows the platforms that most Singaporeans are engaged with — it’s quite strange to know that instead of an online magazine or news portal, it’s actually Hardwarezone that’s keeping Singaporeans occupied this election season. Interesting.