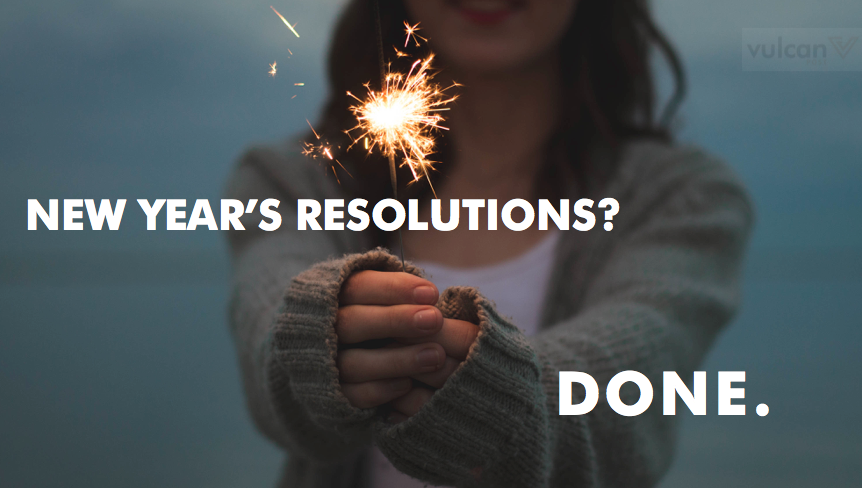 It seems like it was just a while ago that we were making New Year’s resolutions. Now, we’re barely one and a half months away from 2016, which means that if you’ve yet to accomplish anything on your to-do list, it’s time to start panicking.

If you’re still bent on keeping your resolutions, though, here are some last minute ways to do so.

Maybe, like so many others, you promised to stick to a weekly workout routine to get your fitness up to scratch. But work and life in general got in the way, and before you know it, the last time you went to the gym (which you’re still paying a monthly membership fee for, by the way) was in February.

So make up for it. Instead of going for a weekly run, sign up for a marathon — and do all of your workouts at one go. There are still a couple more happening before the end of the year — like the Standard Chartered Marathon — so sign up quickly before registration closes on 30th November. Who cares if you spend the next few days in bed with aching limbs? At least you’ll be able to go into the new year with a clear conscience.

Let’s face it: eating clean in Singapore is hard. And no matter how many times you’ve tried to make yourself feel better by eating a cup of llao llao instead of ice cream, you know deep down in your ever-hungry heart that frozen yoghurt is not exactly a health food.

So to compensate for all the junk food you’ve been having, go on a juice cleanse. Yes, it sounds scary, and it makes me hungry just thinking about it, but two or three days of clean, unprocessed food (or rather, drink) is not that much to ask for when you think about all the food you’ll be having over the Christmas weekend. At the very least, the thought of having to go on another cleanse will make you think twice the next time you reach for that bag of chocolate.

It can be hard to get the recommended eight hours of sleep a night, what with a never-abating workload, Instagram feeds to scroll through, and podcasts to listen to. And if sleep studies are any indication, then sleep debt might not be as simple to eradicate as an extra two hours of shut-eye on the weekends.

Still, some authors have said that quality of sleep can be more important than quantity, which means you really shouldn’t be all that worried about the numbers. Instead, make sure that whatever sleep you’re getting is of the best kind — here are our tips to make that happen. This should make sure you go into the new year feeling more well-rested.

Okay, so these two resolutions can really easily be accomplished at once — just go on a vacation with your family members. If you’re the type to end off a year without making full use of your leave, then think of it this way: your annual leave is when you’re being paid not to work, so not using them really means that you’re doing extra work for nothing.

Now that you can rationalise taking some time off work, go ahead and book that plane ticket. Your mind — and family — will thank you.

This one’s a bit hard with barely six weeks left in the year. But it’s times like this when a bit of self-determination comes in handy. Strictly speaking, you’ll be getting two months’ worth of salary before the close of the year, so unless you’ve spent that money before you even got it, then there’s a chance for most of that to go into your savings account.

For a start, jump right in and take on the $5 challenge, and try your best not to spend more than that amount in a day. It’ll not only help you save money, but force you to come up with creative ways to cut down on your spending. You might even decide to pack lunch to work, which will help in the eating better department.

Just don’t fall into the trap of buying too many Christmas presents.

The best thing about quitting smoking or drinking is that it doesn’t exactly require a lot of time to accomplish. Gather all the willpower you can muster, go cold turkey, and with any luck, you’ll be rid of your vices in a week.

Also Read
5 Tips To Sleep (And Work) Like A Boss
Categories: Singaporean, Lifestyle

“If the play-to-earn game is not fun, then it will not have long-term success”: Oasys Director

As S’pore adopts a sustainable stance, more zero-waste grocery stores are popping up