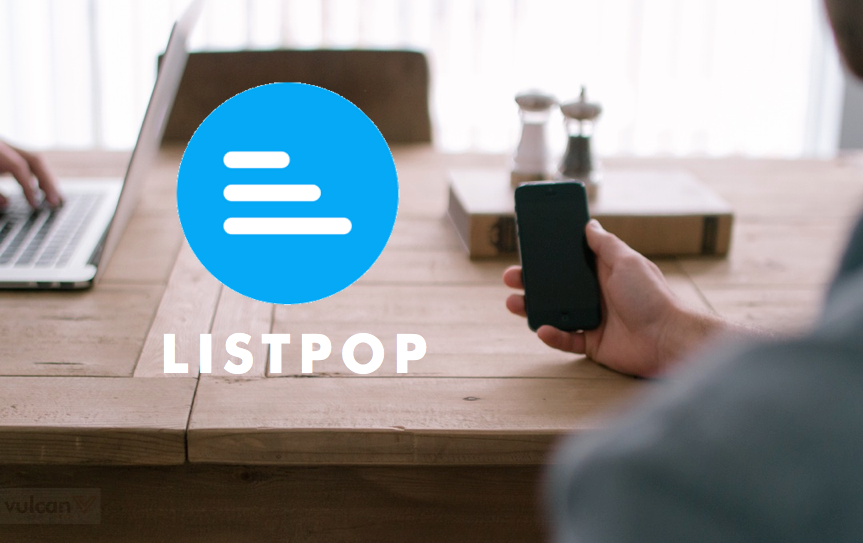 We all have that friend on social media: she shares the most thought-provoking stories, the craziest ideas, and the weirdest facts you never thought you’d want to know about. Sometimes, she slips and posts a long rant on a bad day, but you don’t unfriend her because her FB friend score is way too high. And it’s times like this when you wished there was a way to curate the stuff you see on your social media feeds in more detail.

This is where ListPop comes in.

As a social media platform, ListPop is really more Pinterest/Tumblr than Instagram/Twitter. Because instead of choosing who you want to follow (upon which everything that person posts goes onto your feed), you select specific articles or stories that you like, and add them onto Lists — categorised collections of articles about a particular topic. Think of this as something of a Pinterest board, but with all the beauty and imagination that words afford.

Once your Lists are done, and depending on whether you’ve privatised them, other users on ListPop will be able to follow one, some, or all of your Lists.

To get articles onto your Lists, of course, you’ll need a source of stories to pick from. And that’s where your subscriptions come into play. From the menu, select Subscriptions, and you’ll be able to search for publications or lists you want to follow. These will show up on your feed as a constant stream of new reading material, which you can then narrow down with the List function.

Getting The Most Out Of The App

One tip: if you’re planning to start some Lists of your own, is to try and make the subject of your List as specific as possible. This makes it easier for other users to get a sense of what to expect before following your List, and forces you to curate what you add to your List more carefully. So instead of, say, a List titled “Vulcan Awards 2015”, you might want to delve further into a specific category like “Vulcan Post’s App of the Year Nominees”, which is exactly what we did.

The list we created below consists of an introduction to our nominees in the running for App of the Year 2015, as well as some of the related articles about their new features and updates. Check it out, and remember to vote:

You can also add collaborators onto your lists, so they can help with the curating. This is great for interest groups, for example, or for companies that need to keep each other updated with specific topics.

Like most other apps, ListPop allows for ads, which you’ll come across as you scroll through your feed. They don’t really pose a major issue for me, though, since they aren’t pop-ups you have to click to close. What I do wish to see soon on ListPop, however, are Instagram feeds and YouTube channels, which will truly make it a lot more comprehensive than it currently is. Imagine the homescreen on your smartphone completely uncluttered but for one app, with your homescreen image visible in all its glory.

Since finding out about ListPop a couple of weeks ago, I’ve found myself relying on it for my daily news fix during my morning commute. It’s a pretty fuss-free app to use, which is really what you want to have when it’s 8am in the morning and you’re already struggling to stand upright on the MRT.

Also Read
This Singapore-Made App Tells You Where Parking Lots Are & How To Get To Them
Categories: Lifestyle, New Websites, Serial App User, Singaporean, Tools and Tips