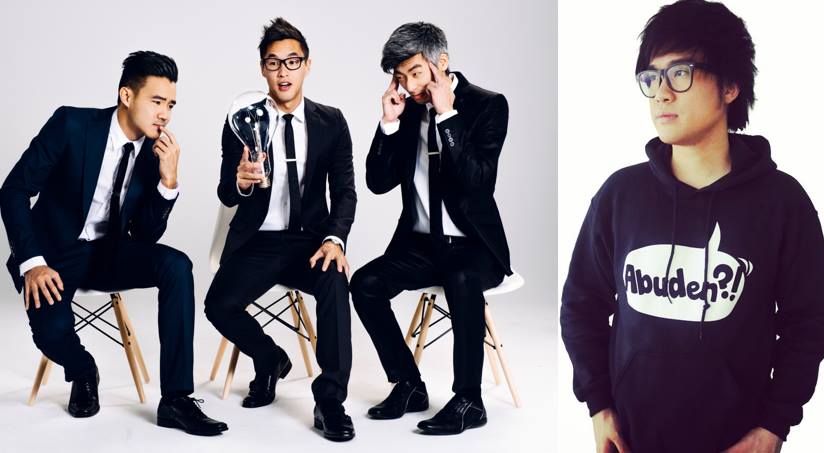 JinnyBoy is a name most Malaysians would be familiar with. The YouTube channel under this moniker, which is JinnyBoyTV, has garnered more than half a million subscribers since its inception in 2012. By the looks of it, there’s nothing that is going to stop Jin Lim along with his pint-sized other half, Reuben Kang from creating more YouTube content and climbing to that golden 1 million subscriber mark.

1 million subscribers is a glorious celebration in the world of YouTube and even crossing the 500,000 subscriber mark is not an easy feat. Hence, it is inspiring to see a Malaysian representative in this industry who is making shorts which are often times relatable to our culture and generation.

When Vulcan Post asked Jin what he’s been recently up to, he told us, “Creating more content to make sure that our fans are constantly entertained. We have been travelling a lot this year from Singapore to Korea, Los Angeles, Indonesia, Australia, Japan and this is all for a job that started out as a hobby. So I’d like to thank all the supporters for giving us such an opportunity.”

For The People Who Matter

The fans are at the core of what YouTubers do and it is what keeps them going. Jin shared candidly that in the first place he did not think that anyone would watch the films he made. Then all of sudden, the views began coming in and many people started watching his videos as well as sharing them. He realised that it was because it was something that they could relate to and that all of their content are based mainly on their personal lives.

Jin enjoys doing what he does and says that a life without YouTube would still see him probably waking up at 4.30am in the morning, heading to the radio station and as he puts it, “trying to sound awake when I’m not”. Jin was a radio announcer with Hitz.FM but has different plans in mind for now. He added, “Don’t get me wrong, I love radio, but for now, I would love to work on something I’ve built on my own.”

JinnyBoyTV is truly his blood, sweat and tears in the form of short video content and he has plenty of plans for the upcoming 2016 when it comes to his beloved YouTube channel. He is eager to allow everything to take its progression naturally and he believes that their 5th year of being on YouTube would see them finally moving into an office officially.

The Passion In Creation

Even when they are currently operating from home, as they have since the day that they started, Jin noted that, “As long as I live, I will continue to tell stories, whether be it an awesome part of my life, or a part where I was really depressed because of relationships.”

Jin will be the host for the upcoming official movie screening of the movie ‘Everything Before Us’, which is the debut film of fellow YouTubers, Wong Fu Productions from US. He shared that he had discovered the trio of guys more than a decade ago when he was studying in Australia.

“They were my go to whenever I was stressed out with exams or assignments and when I watch their videos, I feel a sense of belonging like I’m a part of their lives,” Jin told Vulcan Post. As the Wong Fu Production lads were also in university at the time, he felt like he could relate to them too.

This boils down to the aspect that what makes YouTubers connect with their fans is the fact that their content resonates with the lives of the viewers, which is something that Jin himself has learnt from Wong Fu Productions and has applied in his own videos.

From Shorts To A Movie

Jin said about the American content creators, “Best part yet, they were always so encouraging to other people and always supported aspiring film makers.” Wong Fu Productions has been a mainstay on YouTube, representing the Asian American culture, with their content which revolves around anything from love and friendship to being a third wheel and even awkward situations.

8 years and close to 500 videos on, the perfect way that they could take it one step further in their career, was with the creation of ‘Everything Before Us’. The movie depicts how in the near future, all future romantic relationships would be drastically different from the way it is today, due to the fact that it is monitored by a certain Department Of Emotional Integrity.

In their tour to promote the release of their movie, Wong Fu productions would be travelling to several regions inclusive of Melbourne, Sydney, Singapore, Hong Kong, Manila, Taipei, and not forgetting, Malaysia. Everything Before Us will be screened this Friday, on December 18, from 6pm to 10pm at EX8 Building, City Harvest. The movie which is open to the public will range with tickets priced from RM85-RM300 and can be purchased here.

Jin shared his enthusiasm about the upcoming event, “I’m looking forward to their brand new movie!” He noted that although he has already watched it, this time around would be different as he would be enjoying the hard work of a fellow YouTuber in a hall full of people who would appreciate what YouTube has made out of 3 otherwise ordinary Asian lads who are now known as Wong Fu Productions.

To meet Wong Fu Productions and JinnyBoy in person, head over here to get tickets.