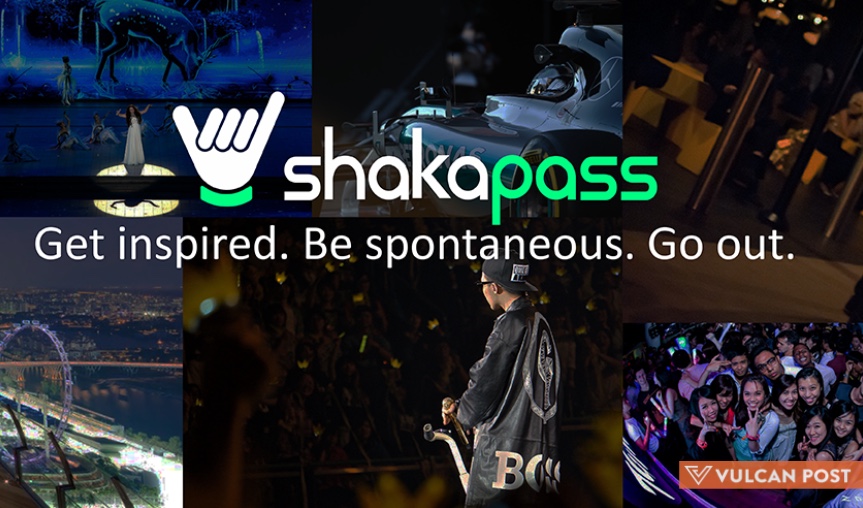 Imagine this: you’re new to the city. You don’t know where to go. The results that come up on Google — TripAdvisor, Yelp — nah, they’re not quite what you’re looking for. You go out and just ‘follow the locals’ until you get quite lost. Not the night out you imagined, eh?

But soon to be launched discovery and booking app ShakaPass aims to be the most convenient way to discover and book entertainment events, attractions and activities. Founder Han Lee says, “ShakaPass offers everyone an alternative whose premise is different. It’s really a horizontal app but appeals to our target demographic looking for something to do spontaneously and at the last minute. Let me touch upon the benefits to both users and event partners, a real win-win scenario.”

ShakaPass was borne from the times Han had looked for things to do in a city or place he had visited, and like anyone else, had turned to Google as his first option. “You then need to go on the appropriate venue’s website or find the right ticket agent to purchase a ticket. Often times, a concert found would be several months in down the road or have already passed,” he said. From there, he wanted to create a startup that would address being able to book something conveniently and cut the tediousness and time involved with sifting through so many items.

According to Han, city dwellers don’t book an event months in advance, but instead consider doing something that very week when with family and friends — it just doesn’t make sense to plan in advance and have things not work out in the end. On ShakaPass, tickets can be booked with just a few taps and if you’re worried about the platform being an endless list of events, Han assures that events and activities are curated by the team. Personalisation also takes into account user interests so that mindless scrolling does not occur.

“Our selected event partners get incremental revenue from unsold seats and excess capacity, and it makes sense to provide discounts and perks. We can be an additional channel for them providing real value and creating awareness from a shorter selection to which new customers are exposed,” he adds.

All the information on tickets and admissions are aggregated through direct meetings with prospective venues and event partners. Han believes that the ShakaPass team must become familiar with each of them because they all have different pricing and redemption processes.

The ShakaPass team is a rather diverse one, with members from Singapore, India, Russia, the United States and more. Han had left his first job at Merrill Lynch in Los Angeles to join a startup in San Francisco during the height of the tech boom, but made his way to Korea as the bubble collapsed in 2000. After receiving his MBA, he was involved in global business development with a local telco. Following years of working for large corporations, Han found the opportunity to get involved in the startup scene again and made his way to Southeast Asia to pursue his passion.

Co-founder Kamol Mavlonov received his PhD in Japan and was responsible for tech development of a couple of leading classifieds websites and apps in Southeast Asia. He later joined ShakaPass, working with Han toward the development of the ShakaPass app and website.

While the app is looking to launch in early 2016, the team is still busy establishing relationships with new partners to create a varied pipeline of listings, from museums to concert promoters. The app will be free to use and city slickers can look forward to the launch by keeping tabs on them via Facebook or earn goodies in the meantime by signing up on their website.