8 Things M’sian Politicians Said In 2017 That Made Netizens Go “Huh?” 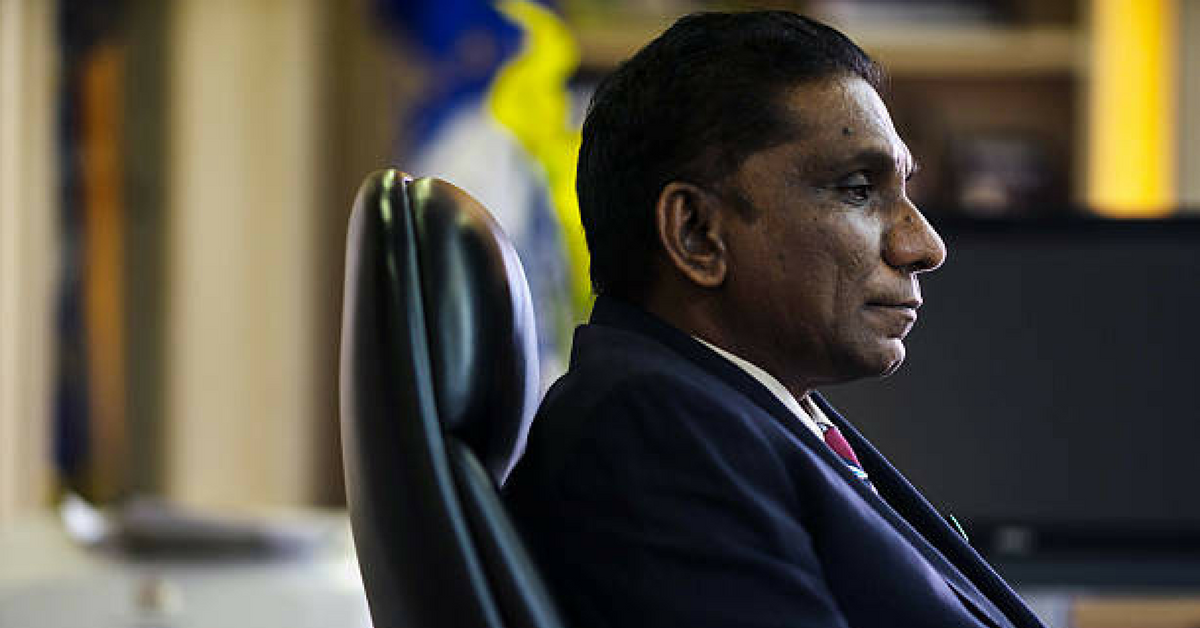 As a modern Malaysian that is in tune with politics, once in a while, politicians occasionally say something that makes you go “…what?”

We live in a society post #metoo, that is becoming more and more aware that certain things should not be said or that certain gender stereotypes need to stop being applied. Either that, or some of these statements seem to show a profound disconnect with the common man.

In no particular order, some of the darndest things Malaysian politicians have said this year include:

1. Shabudin Yahya: Rape victims can marry their rapists so that their future isn’t so bleak.

According to the Tasek Gelugor MP, girls aged 9 to 12 are “physically and spiritually” ready for marriage.

He said this while debating the Child Sexual Offences Bill in early April, debating a suggestion to spell out the invalidity of child marriages.

“They reach puberty at the age of 9 or 12 and at that time, the physical state of their body is already akin to those 18 years of age. For a wife who was raped, if she can marry (the rapist) she would not go through such a bleak future.”

“At least she has someone who can become her husband. So, this will be a remedy for social problems,”

He explains further by stating that a sexual offender might change and repent, which is better than having unrepentant offenders. He thinks that marriage can be “an exit clause to the problem”.

2. Mustapa Mohamed: Malaysia must ‘move on’ from 1MDB scandal.

“We’ve learned many lessons and we are moving forward”, said Mustapa Mohamed In January. This was during the height of the 1MDB scandal that enshrined MO1 as something of a political meme.

He was quoted speaking at the World Economic Forum in Davos, Switzerland.

“Essentially we have to move on and we have confidence that a number of issues that came to the limelight as a result of 1MDB will at some point, be behind us. We have the authorities to go after those responsible for creating the mess. The law is taking its course.”

3. Abdul Ghapur: People fly MAS because they can drink alcohol until they get drunk.

In March of this year, Abdul Ghapur Salleh, member of the parliament for the Kalbakan constituency in Sabah, had some things to say about serving alcohol on flights.

He released this statement after a revelation went around that MAS was still losing money just a few days earlier.

A member of the Parliament of Malaysia for the Kalabakan constituency in Sabah, he said,

“People want MAS because they can drink alcohol till they get drunk. So I would like to suggest, do not sell. Make it like AirAsia, whereby if they want it, they pay for it. Cannot give it for free.

Abdul Ghapur opined that continuing to provide such a free service would impact Malaysia Airline’s profits. The flight tickets are already expensive compared to AirAsia.

“With AirAsia, there is no free drinks, no free alcohol. Everything needs to be paid. So I suggest that MAS follow in AirAsia’s steps. What passenger wants, must pay.”

4. Riduan Mohd Nor: No guarantee of safety at beer festival, could lead to crime, free sex and rape.

Not too long ago, several factions went into a big debate about what would have been one of the largest craft beer events held here.

“What is the assurance of safety to be given to the public that there won’t be any crime, free sex, rape and so on?

“It is regretted that Malaysia is chosen for this beer festival although the organiser said it is for non-Muslims besides promoting tourism.

“Although Muslims are not the targeted crowd, there are no limits or obstructions for them to join.”

The beer festival ended up being cancelled, and the organisers cited “political sensitivity” as one of the main reasons behind the cancellation.

5. Abdul Azeez: Menstruating female MP’s might ‘leak’ if they enter a mosque.

While debating a Sedition Act amendment, Abdul Azeez, an MP, asked if female non-Muslim Pakatan MPs had their period when they visited mosques in their constituencies.

“If women as elected representatives go for breaking fast events in the mosque compound that’s fine, but if they enter the mosque, we don’t know if she bocor (leaks) or not.”

There’s actually nothing untrue about what was said, but it probably could have been said with more tact.

Tengku Adnan Tengku Mansor, or famously known as “Ku Nan”, was answering a Puteri UMNO member expressing concerns over public safety. She was concerned for her two daughters, and hoped that the government would improve public safety.

“It’s because you’re so beautiful. The next time you go out, wear more comot (shabby) clothes.”

The remark, seemingly made in jest, elicited a positive reaction from the crowd, including the woman who laughed at his remarks. Yes, it might have been a joke, but it also does perpetuate stereotypes and encourage victim blaming. Many are in support of removing such jokes from our conversations altogether, because they continue to put the blame of the crime on the victim (e.g. her dressing) instead of addressing the offender.

7. Irwan Serigar: If there are poor Malaysians, it’s because they’re not putting in more effort.

Early this year, despite our then continually declining Ringgit, Irwan Serigar stated that the economy is strong under our premier’s leadership, but our Ringgit is instead weighed down by negative perceptions.

“This perception was intentionally stirred by interested parties and needs to be corrected, he said at a press conference.”

Staying true to his opinions, Irwan Serigar reiterated that people have been claiming that our economy was lagging behind other developing countries.

“They say everything is wrong. They say we are in debt like in Bangladesh. There are people here who are confusing the rakyat,” said Irwan. “If Indonesians can make a living here, Malaysians should be more prosperous.”

Instead, if there are poor Malaysians, Irwan states that it’s because they aren’t working hard enough.

““If they have hands and legs and can walk, they can make a living in Malaysia.”

“Men are generally physically stronger than women, so they are subjected to ’emotional and psychological’ abuse from a wife who denies her husband his conjugal rights and even one who constantly nags.”

He said that another form of abuse is when a wife denies a Muslim man’s desire to marry another woman.

“Some want to marry more than one but they need to get permission from their wives who disagree and ended up being nagged.”