Numerous reports have mentioned Ming-Chi Kuo of KGI Securities is predicting that next year’s iPad 6th-generation will spot a higher resolution with 30-40% higher pixels per inch (ppi), with the same 9.7-inch display. Kuo has a relatively good track record of predicting upcoming Apple product line. Unfortunately, he has not been very accurate lately, wrongly predicted the launch of iPad and MacBook Pro with Retina Display for 2013 (which he subsequently corrected his prediction).

1. It is disastrous for developers

One key advantage that the iOS ecosystem has over Android is that there are much fewer screen sizes and resolutions for developers to work on. Apple managed to overcome this problem when they introduced the Retina Display on iPhone and iPad by simply quadruple the number of pixels, so applications can still work properly on the new high resolution display simply by scaling.

If Apple indeed decides to introduce a higher resolution display (but not quadrupling the pixels), then applications can no longer work like how they were intended to. Developers will have lots of work to do to optimize their apps to the new resolution. This is bad for Apple, the developers and customers, who will probably have wait for a long time before some apps get updated. To put it in perspective, after more than a year, some apps now are still not optimized for iPhone’s 4-inch displays. 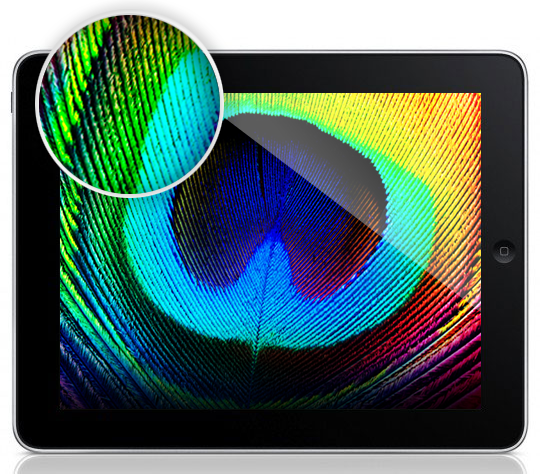 By the way Apple defines Retina Display, it is already the limit that human eyes can no longer differentiate the pixels on the device’s screen when held at a comfortable working distance. Then why do we still want to pack in more pixels? What is the benefit? Then what happened to the original claim that Retina Display is the limit?

Surely Apple will have to improve their display technology in time to come. But there are more ways than increasing pixel counts to make the display better. Deeper black, better contrasts, better color representation, low power efficient displays etc are all the ways to make a screen better.

We see how Android phone makers are pushing the ppi boundaries, with Samsung, HTC, Sony all producing smartphones with displays over 400 ppi. My intuition is that we have reached a stage where all displays generally look great on a smartphone, and any marginal improvements on display quality cannot be felt by most customers. Of course, there will be people who can go on and on telling you how one display is superior than another. But really, for the bulk of the customers, they probably argue with you based on feelings, not facts. So will the higher resolution iPad 6 provide a superior display experience? Perhaps. Will we notice the difference? Perhaps not.

Anyway, Apple has not even officially unveiled the iPad 5th-generation. Let us all take a step at a time and take this speculation as, well, a speculation.