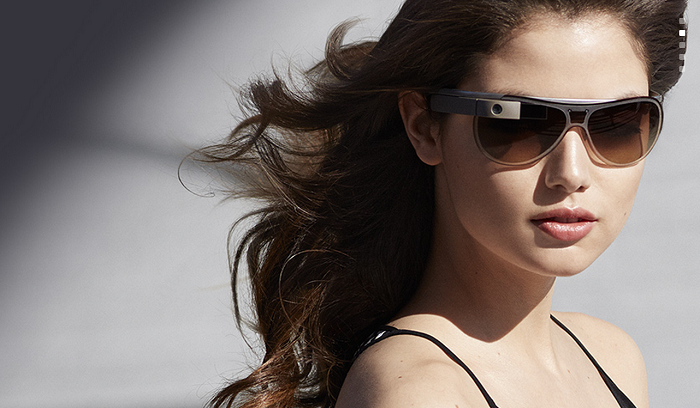 This year we’ve seen some pretty ground breaking advancement in technology, from the slimmest phone ever made, the Oppo R5, to an electric car that can go from 0 to 100km/hour in 4.4 seconds.

Next year we’re expecting even more exciting things. Vulcan Post has collated 30 tech goodies to look forward to in 2015. In no particular order:

Microsoft has opted to skip over number 9, going straight from Windows 8 to Windows 10, coming to PCs, mobiles, Xboxs, and other servers near you. Windows 10 is not just limiting itself to desktop computer and laptops now, according to dailytech.com, Windows 10, available next year, will be available for smartphones and tablets as well.

Why We’re Looking Forward To It: With how much hate Windows 8 is getting, we’re looking forward to seeing if Microsoft have taken into account what users want and improved the design flaws in Windows 10. EndGadget’s preview of it seems promising though!

Hewlett-Packard, or more commonly known as HP, will be releasing its own operating system for HP computers in 2015, according to MIT Technology Review.

Why We’re Looking Forward To It: Because this has nothing to do with Microsoft or Windows. It’ll be exciting to find out what HP has to offer.

After what Android Lollipop had to offer, we’re definitely looking forward to what the next android update has to offer. According to Androidpit.com, the new version will be able to link to vehicles “without needing to be paired with an Android handset”.

Why We’re Looking Forward To It: We live for the Easter eggs that come with every Android update. Find their other Easter eggs with the guide we wrote earlier!

Apple updates its iOS platform once a year, though owners of older iPhones probably need to check to make sure if their phones are capable of operating with the new update.

Why We’re Looking Forward To It: Apple is keeping mum about what users can expect with this update, but users over at macworld.co.uk have a great number of items on their wishlist, including proper parental controls, FaceTime video messages, Battery-saving mode, Calculators on iPads, a better and more user-friendly Photo app, and a local Siri.

Lauded as “The Future of Computing” HP is making something that, according to their website, “will fuse memory and storage, flatten complex data hierarchies, bring processing closer to the data, embed security control points throughout the hardware and software stacks, and enable management and assurance of the system at scale.” Carbon (#2 in our list) is just one of the components of HP’s new plan to make The Machine.

Why We’re Looking Forward To It: The website boasts that this is the future of computers, saving energy while increasing computer efficiency and speed.

OnePlus One impressed us with the competitive price (SGD 470) for the specs that it is offering. Rumors have it that the OnePlus Two will be powered by Qualcomm’s Snapdragon 805 processor and be offered for less than $500.

Iphone 7 offers a bigger screen size than iPhone 6 Plus and, like Samsung, is expecting to come with side panel display. Rumor has it that the new iPhone will have a liquid metal body. This is especially likely since Apple filed for a patent for the use of liquid metal technology. After seeing how well all the predecessors have done, we’re expecting as much hype for iPhone 7.

The Sony Xperia Z4 is rumored to be the most powerful smartphone the be released with new leaks on the specs that lower expectations a tad.

The Samsung Galaxy Note 5 has a 5.9 inch 4K (that’s Ultra HD) super amoled display and houses 4GB RAM. It has an impressive 18 Megapixel back camera and 5 Megapixel secondary camera for selfie lovers out there. It also comes with a heart rate sensor.

This 5.5 inch phone is rumored by Gizbot to be powered by an Octa core 2000 MHz monster of a processor with a 20MP primary front camera and 5MP secondary camera.

5 New Things Phones Can Do

Foldable phones are no longer a thing of fiction. Samsung has plans to make foldable displays by 2015, according to redorbit.com. The idea of an “unbreakable” phone is being testing by other brands as well, such as LG.

Well, not exactly. But it will certainly feel like you’re going back in time with what these phones can do. The retro-styled mobile phones by Samsung has a rotary dial that lets users dial the numbers they want.

13. Project To Your Wrist

We wrote about the Cicret Bracelet, a nifty gadget that projects a touchscreen onto your arm earlier this month. In a bold statement in their Facebook page on December 24th, the team revealed that users will not only be expecting the bracelet in 2015, but there will be plenty of colors to choose from!

Google’s ambitious project, codename Project Ara is due to be available early next year, according to CNET. This new phone, or “Gray Phone” is a smartphone that lets users customize the entire smartphone, not just the apps. The smartphone allows users to swap out components of the phones, which means that when something new comes to the market, the users can just swap out the specific component, instead of having to buy an entirely new phone.

4K HD display is not just confined to laptop displays anymore. The standard phone displays is around 1080pixels. 4K display, like the name suggests, is four times that. We’re looking forward to see how this does on phones, since the small size means that this super high resolution is not really all that necessary.

Also Read
History Repeats Itself. So Does Peter Jackson In “The Hobbit: The Battle Of The Five Armies”

Not many people have not heard of the Oculus Rift, a head-mounted virtual-reality system that allows users to have an immersive experience of the virtual world. It has motion tracking and is primarily designed for gaming, but can be used for other purposes as well. Oculus Rift was sold to Facebook for $2 billion in March 2014.

The Development Kit is already available for purchase on it’s site, but will probably only be useful for developers. Dailymail.co.uk revealed in November that the consumer product will be available “just months away”.

This Apple product will be available in three different versions: Apple Watch, Apple Watch Sport and Apple Watch Edition. Lauded as Apple’s first wearable device, it is made with stainless steel case and a scratch-resistant sapphire cyrstal screen. The Apple Watch requires an iPhone 5 and above to use though.

18. Athos
We wrote about this in 5 Wearable Health Technology For 5 Different Parts Of Your Body earlier this month. The futuristic-looking gym clothes are lined with sensors that are able to analyze your workout and let you know exactly what muscles you have used throughout your entire workout. Priced at roughly $400, it’s a reasonable sum for what The Verge calls, “a much less expensive version of a personal trainer.”

19. Google Glass
The Google Glass is a revolutionary new product that is basically a wearable computer. It projects a transparent screen in front of the user’s field of vision. A touchpad at the side of the Google Glass allows users to control the device while the camera on the Google Glass is capable of recording 720p HD videos. It has an added advantage of looking really cool.

This is a wearable device that will be helpful for new parents everywhere. The baby monitor is worn on the infant’s ankle and is capable of monitoring the infant’s well-being and environment at all times. Push notifications notifies the parents if their baby is asleep or awake as well as the baby’s changes in heart rate or skin temperature. It even tells the parents if the baby has rolled over!

Iota is the world’s smallest GPS tracking device. It comes in sets of two, the first being set up in the user’s home (home base) and the second set up on whatever it is that the user is trying to keep track of. While it may seem like this device is only useful for pets, Iota suggests that it may also be useful for kids and bikes. The Iota is able to track not just where the possession is, but also its temperature and motion.

Start off your new year with Pavlock, a device worn on the wrist that uses electric shocks and negative reinforcements to build good habits for the users. We wrote about this new device earlier as well. Users key in the good habits they are trying to build into the accompanying app. If the user is able to keep their word, they may get a monetary reward. If not, then well, the Pavlok App sends a mild electric shock via the wearable.

The Tesla S has an impressive 302 horsepower to make it’s 0 to 60 miles/hour speed in only 3.2 seconds. The electric car has an automatic system that ensures that it stays within lanes as well as stop immediately in case of emergencies. To add icing to the cake, this car is able to park itself (even parallel parking).

This monster of a car houses a 3.6-liter V-6 engine. The four-wheel-drive has a horsepower of 295 with a comfortable interior to make it a family vehicle.

Terrafugia is working on making flying cars possible. Transition is a light sport aircraft that, sadly, requires drivers to have a sport pilot’s certificate to operate. It also requires a runway in order to take off which makes us more interested in the other product.

Terrafugia is working on the TF-X. Unlike Transition, which it debuting in 2015, the TF-X, which only requires a small parking lot to take off, will only be available in 2021.

While the Qimini is already available on the market as a wireless charger for phones, we’re looking forward to seeing phones that are able to charge, on-the-go, without being attached to anything.

Most gamers have probably heard of Steam (some probably own a billion steam games they’ll never get around to playing). Steam, or what techradar calls the “iTunes for video games”, allows users to buy games and connect with friends for laptops and computers. Steam Box hopes to bring the games that are in your laptop to your TV.

Samsung Smart TV may be your answer to justify the non-purchase of a new PlayStation. This nifty new TV is able to play PlayStation games without a PlayStation. According to cnet.com, the PlayStation Now service on the Samsung smart TVs allows user (gamers) to stream games from the web straight to the TV without the console. Users will still need a Sony Dualshock controller though, obviously.

Speaking of TVs, Apple is attempting to foray into television sets, designing an actual Apple TV (not the set-top box that have been in production since 2007) This is an actual television set by Apple. We’re certainly looking forward to seeing what Apple has to offer!

iPad Air 2 is probably the biggest tablet from Apple so far, with probably the size of 12.9 inches from corner to corner. Most of what can be read (or heard) about the iPad Pro is just speculation and leaked information, however, since Apple has not mentioned about this officially.

There you have it! Our list of the 30 most anticipated technology in 2015. It’s going to be an incredible year ahead.

Also Read
A Gamer’s Look Back On 2014 And The Top 10 Games It Had To Offer
Categories: Products, Lifestyle, Geek, Gadget Enthusiast