10 Awesome Tools Every Wannabe Mental Genius Needs To Know About 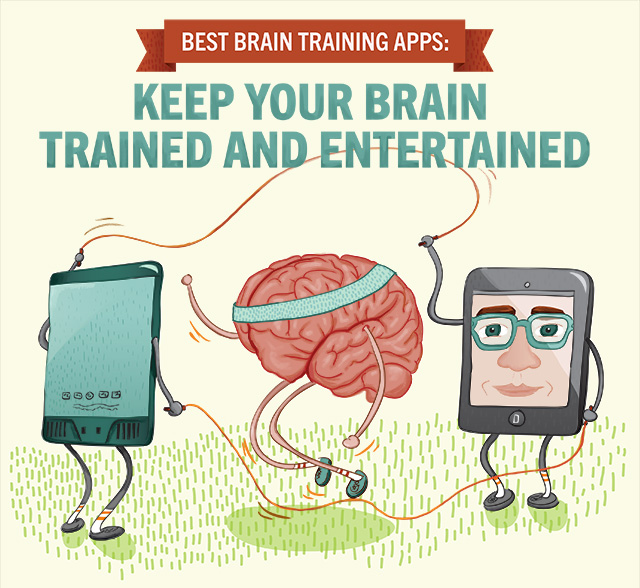 Kick start the spankin’ new year with a straight shot in the lifelong smarts department, by steadily training your mental agility with our fab list of brain-friendly apps. If you have been feeling sluggish of late from all that holiday feasting and fog of year-end celebratory contentment: go right back to ‘productive mode’ by beefing up your smartphone and, at the very least, transfer some smart vibes over to the user. Using brain training apps is a trouble-free, and mostly a seriously fun way to keep one’s mental skills soaring to limitless heights.

Furthermore, here’s a new year’s resolution suggestion – balance out your sizzling mental workouts with cool and focused social-friendly habits – such as having more catch-up sessions with loved ones, tackling them numerous Escape Games sprouting up all over our island; or bringing out the good ol’ jigsaw puzzles and board games for feel-good mental and emotional bonding. The best is always yet to be, aye.

Lumosity’s Training Program is the go-to app in terms of the pop culture-led masses, available on Android and iOS. More than 60 million users globally have jumped on the Lumosity brainy bandwagon. Its ‘programme’ – a gamut of games put together by a team of neuroscientists – is able to progressively adapt to each user’s preferences and progress, in terms of suggesting the types of games and automatically adjusting their difficulty levels. Users can have free usage of this app by being able to play 3 games per day, while paid users can choose from close to 50 games. In conjunction with the app, Lumosity is also advocating their relevant Human Cognition project and inviting all parties, from academicians and clinicians to volunteers to contribute their performance results for Lumosity’s research database.

VP writer’s review note: Very impressed by the delightfully detailed mini-questionnaire (before starting on their games) of the user’s preferences for training whichever number of mental skills they want to hone in on.

The app’s carefully designed programme (developed on scientific grounds by a developed team led by well-recognised neuropsychologist, Dr. Paul Nussbaum) by the learning company, Rosetta Stone, will make your brains break a good amount of sweat within a time window of mere minutes. The app (for Android and iOS) consists of hundreds of games and ‘trainings’ that target 6 essential mental processing skills such as: focus, language, logic, memory, speed and visual. The free (with in-app paid products) and popular Fit Brains Trainer is also triumphantly ranked the top education app in more than 90 countries.

Developed by neuro-tastic professionals with Princeton and Yale background, taking on the games in this app will highly likely be certified as richly rewarding. With currently a total of 21 carefully researched (in the fields of ‘brain science’) games offered, the free version serves up 3 games daily and] has its own system to come up with a unique training plan for each user. In addition, the ‘Pro’ paid version promises to accelerate your trainings faster by up to 40 percent. Lauded by its users and scoring top rating from the Wall Street Journal review for example, Peak – Brain Training can very fittingly latch onto the thinking person’s lifestyle.

This app’s ‘Awesome’ status rose sky-high when it was awarded ‘Best App of the Year’ by Apple this month. Apple gave much love to Elevate, saying, “We’re so hooked on its fascinating stats, colourful visuals, and personalised workouts, it’s become a daily ritual.” With lofty yet attainable goals of enabling their users to polish up on essential ‘life skills’ such as (in the words of Elevate’s founder, Jesse Pickard): calculating tips faster, getting into budgeting, improving grammar, reading faster, pronouncing words better, etc. Users have to complete 3 challenges daily before they can access one of 25 of their very visually-attractive mini games included. “Users who train at least four times per week have reported dramatic gains and increased confidence,” as promised in the app’s description section. The app is free and there is also a premium service for the paid version.

Physical activity intrinsically complements the agility of the mind, as espoused by medical experts over at WebMD. This highly well-received app includes numerous workout routines that one can execute right in their very home. Workout options offered vary widely – from the type (cardio, strength, yoga, etc), intensity (core, full-body, etc) and length (few minutes to a full hour). This is the workout video programme on-the-go!

VP writer’s review note: No-frills videos with a limited set of workouts routines, this app is suitable for people with beginner to early-intermediate fitness stamina.

Also Read: What Are The Best Daily Routines Of Highly Productive People?

Crossword puzzles are timeless activities and which have no age barrier. The contents available for the New York Times Crossword app sync with their daily physical news copy, on top of their archive which chalks up to the thousands. A worthy cost-free alternative is the Top Crossword Puzzles app for android, featuring thousands of puzzles for the wordsmith warriors.

Another game synonymous with maintaining the health of your brain matter, is none other than sudoku! This well-beloved game has thrown up medical research results declaring that it can take several years off your brain’s real age, as well as stave off various mental afflictions such as Alzheimer’s. For $1, mental challenge advocates can get the sudoku app from the established games developer, EA.

A comprehensive ‘brains bank’ in your pocket is made possible with this app, created primarily for sharing information all about dreaded deteriorating brain diseases and practical methods to beat them. There is a brain health tool which keeps tabs theoretically on the condition of your brain, based on the individual’s adoption of brain-healthy activities suggested in the app’s information storage programme. BrainyApp tosses in two jiggly games to round up its brain-fortifying package.

Rank yourself against the Mensa-certified mental greats, by getting a grading of your IQ with this app! Have fun regularly testing your IQ with this (paid) app, especially in the times where you feel niggly urges to assess if your brain-training efforts are paying off!

A host of 14 interesting games grounded in teachings of cognitive psychology – all single-mindedly aligned to discipline your brains to be in a running for say, a mental olympics. The serious contender of mind training can choose to excel in areas of Memory (Memory Racer, Word Memory, Face Memory, etc), Vocabulary (Vocabulary Star, etc), Speed (Speed Trivia, etc) and Attention (Attention Training, etc). Keep track of your scores with the in-house graph and scale analytic tools included. Trying out the app for their first 8 levels is cost-free and paying app’s fee would allow an unlimited access ticket to the games (on Android and iOS).

VP writer’s review note: Despite the images being a let-down (of low-res and dull in colours), the variety of methodical games accompanied by a few choice sound shots and the games’ proclaimed inherent mental-boosting benefits keep users satiated.

Bend your own mind any time of the day, or blow that of others with continual speed and rigorous accuracy, with the free and awesome Brain Wars (on Android and iOS). The app consists of 15 mini games which users can go Training Mode till they feel they are well-equipped and battle-ready to go head on with randomly matched rivals. From sharpening your flexes and focus to logical mathematical and spatial geometrical skills; Brain Wars keep things moving fluidly with its game clock continually counting down in the background. Keep it dynamic and decisive or you lose!

Singapore Job Forecast: Six most in-demand professions in 2023, according to Robert Walters