Elon Musk, CEO Of Tesla & SpaceX Is Doing A Reddit AMA. Here Are His Responses So Far. 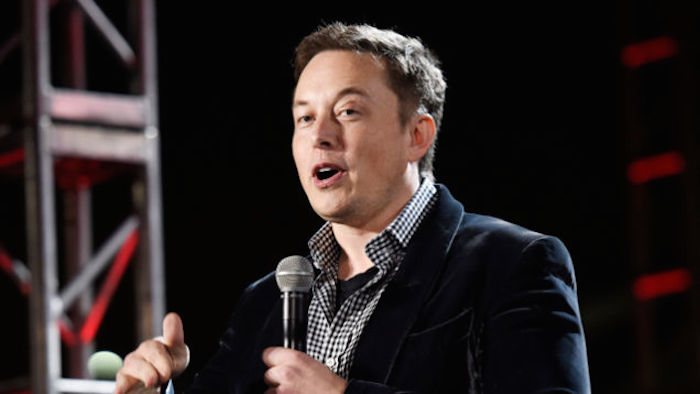 Elon Musk is probably an iconic name today: as part of the founding team of PayPal, he is currently running a rocket company called SpaceX with the vision of bringing more people outer space. Elon is also the CEO of Tesla Motors, well known for fronting countless innovations with electric cars.

Because Musk is a busy man running multi billion dollar companies (SpaceX’s latest valuation is rumoured to be almost $10 billion while Tesla Motors’ valuation is at around $30 billion), him being on Reddit’s Ask Me Anything segment is one that definitely catches our attention.

Here are some of his responses on Reddit so far (he is still taking in questions!):

What’s something your teachers did for you while you were in school that helped to encourage your ideas and thinking?

Musk: The best teacher I ever had was my elementary school principal. Our math teacher quit for some reason and he decided to sub in himself for math and accelerate the syllabus by a year.

We had to work like the house was on fire for the first half of the lesson and do extra homework, but then we got to hear stories of when he was a soldier in WWII. If you didn’t do the work, you didn’t get to hear the stories. Everybody did the work.

What daily habit do you believe has the largest positive impact on your life?

How do you learn so much so fast? Lots of people read books and talk to other smart people, but you’ve taken it to a whole new level.

Musk: I do kinda feel like my head is full! My context switching penalty is high and my process isolation is not what it used to be.
Frankly, though, I think most people can learn a lot more than they think they can. They sell themselves short without trying.

One bit of advice: it is important to view knowledge as sort of a semantic tree — make sure you understand the fundamental principles, ie the trunk and big branches, before you get into the leaves/details or there is nothing for them to hang on to.

How much do you sleep per night, on average?

Musk: I actually measured this with my phone! Almost exactly 6 hours on average.

You seem to have had to deal with a tremendous amount of adversity in a few of your ventures. Do you have any advice for those dealing with seemingly insurmountable adversity?

Musk: There is a great quote by Churchill: “If you’re going through hell, keep going.”

If you consume alcohol, what is your favourite alcoholic drink?

I’m already saving up for my Model 3. Can you share anything about the Model 3 that we don’t already know?

SpaceX’s current strategy revolves mostly around old style Rockets, even if they are now approaching complete reusability (Grasshopper rocks). Has SpaceX looked into Hybrid craft like the SABRE program happening in the UK, or look into the possibility of a space elevator (Even at a thought experiment stage) in the way that Google and NASA have done?

Musk: If you want to get to orbit or beyond, go with pure rockets. It is not like Von Braun and Korolev didn’t know about airplanes and they were really smart dudes.

How will you secure the first stage of the Falcon 9 to the barge when it lands? Gravity or some mechanism?

Musk: Mostly gravity. The center of gravity is pretty low for the booster, as all the engines and residual propellant is at the bottom. We are going to weld steel shoes over the landing feet as a precautionary measure.

Previously, you’ve stated that you estimate a 50% probability of success with the attempted landing on the automated spaceport drone ship tomorrow. Can you discuss the factors that were considered to make that estimation?

In addition, can you talk more about the grid fins that will be flying tomorrow? How do they compare to maneuvering with cold-gas thrusters?

Musk: I pretty much made that up. I have no idea 🙂

The grid fins are super important for landing with precision. The aerodynamic forces are way too strong for the nitrogen thrusters. In particular, achieving pitch trim is hopeless. Our atmosphere is like molasses at Mach 4!

There has been a lot of speculation over comments about exactly how much mass you are hoping to send to the Martian surface with the MCT. Can you tell us how much cargo you would like to be able to land on Mars with MCT, not including the mass of the MCT itself?

Goal is 100 metric tons of useful payload to the surface of Mars. This obviously requires a very big spaceship and booster system.