Your Next House Could Be 3D Printed – Out Of Waste Products Or Mud! 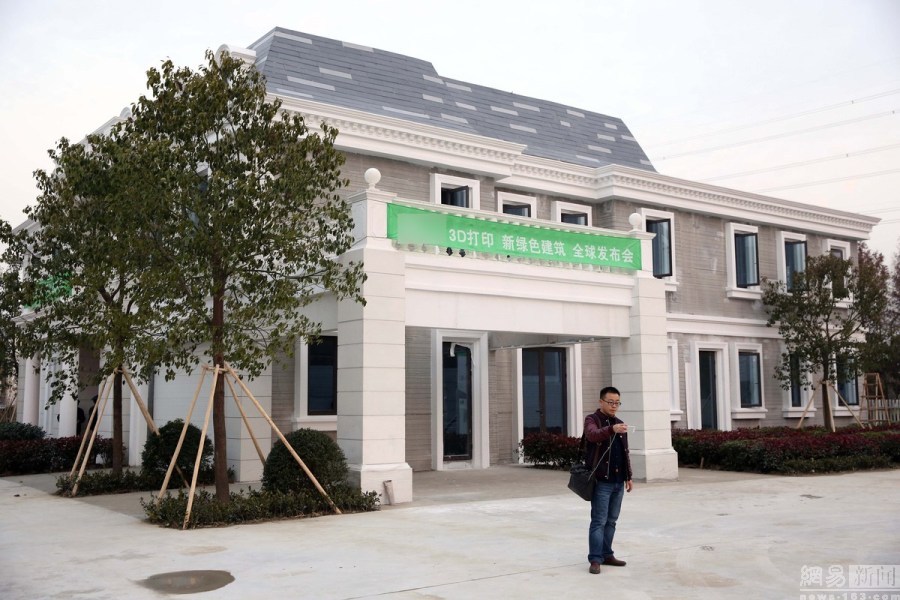 What’s the best, most amazing thing you can 3D print?

Well, what about a house? Better yet, a mansion?

Pictures of two large mansions in an expo area in Suzhou Industrial Park were released on China websites Caixin and Netease News, looking very grand indeed. But it’s almost impossible to tell that they were actually 3D printed, thanks to a Chinese company called Winsun.

According to TechInAsia, Winsun was also responsible for the 3D-printed basic one-storey houses from last year.

While it is still unfurnished and barren, a few pictures showed the interior of one of the mansions that covers an area of 1,100 square metres, sporting grand Victorian-styled columns and beautiful staircase railings. The other building, a tall 6 storey building, is adorned with a sign that boasts that it is the tallest 3D printed building in the world.

Each building was made with 3D printed sections that were later layered to create the foundation and structure of the building, some of which were on display at Suzhou Industrial Park. Of course, buildings of that size require a lot of “ink”, which the company was able to make from recycled construction waste products.

However, WinSun isn’t the only company 3D printing houses. An organization that calls themselves the World’s Advanced Saving Project, or WASP, has created a 3D mud printer that is able to build homes out of, yes, mud.

The project was inspired by a mud dauber, a type of wasp that builds it’s nest using only mud, but uses techniques like consolidating and compressing the material to make the structures sturdy and hard. WASP is aiming to eventually create a portable 3D mud printer that will be able to rebuild slums with one of the most abundant resources they have there.

So does that mean that our buildings in the future will be 3D printed? It’s looking pretty likely. And perhaps with these 3D printers turning to abundant resources like mud and waste products, it will spur a brand new saying: one building’s trash is another building – literally.