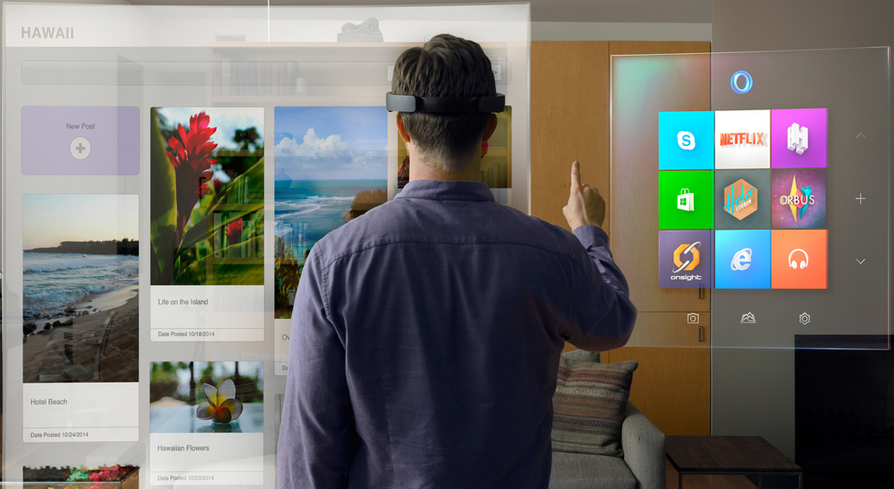 The successor to the almost equally loved and hated Windows 8.1 has been announced by Microsoft in the Windows 10 event. There’s more to the event than just the Windows 10 operating system, however, as Microsoft have come up with a whole load of other mind-bogglingly awesome gadgets and software we are itching to get our hands on.

Here’s the highlights that you definitely don’t want to miss.

The interface on Windows 10 is geared towards being as user friendly as possible, offering a cleaned up menu and a touchscreen adaptation called “Continuum” geared specifically for touchscreen devices. Hybrid devices would be able to switch to tablet mode, which is optimised to be more touch-friendly, and incorporates specific gestures to help you navigate more smoothly through the device. Open apps will automatically go full screen.

Connect a keyboard and a mouse, and the PC mode will activate, with desktop view and windows you can move around with a mouse.

Best news of all? Windows 10 is going to be offered as a free upgrade (at least for the first year) for Windows 7, Windows 8.1 or Windows Phone 8.

2. The Return Of The Start Menu

Windows users have been moaning about the change since the disastrous Windows 8 reception that rocked the faith their loyal fan base has in them. But with the familiar Start menu making its way back, Windows 10 looks poised to win back the hearts of many. It will also be able to expand to a full-screen view to resemble the Windows 8.1 home screen.

The Action Centre will also be improved, with action buttons that allow you activate features like Bluetooth and Wi-Fi easily, and notifications being expanded.

If you love Cortana on your phone, you’re going to love that it’s coming to PC as well. This personal assistant, that has been available on Windows Phones, will be available on the Windows 10 home page, right next to the start button. While most are familiar with using Cortana as only a search button, it is so much more. Cortana is able to send emails, control music, launch apps and set reminders. According to The Verge, Cortana will be proactive in suggesting things that it thinks you will be interested in, either through what you manually enter or finding a pattern from what you’ve manually added.

Cortana appears as a clean white display that visualises what you ask, either verbal or typed, and will offer you suggestions.

Microsoft is replacing Internet Explorer with a new browser with the code-name Spartan. While it is not a revolutionary new browser (After all, what else can you do with a browser that is not already available?), it’s an effort to convince the world that Microsoft is capable of making a good web browser.

Internet Explorer has made such a bad name for itself over the years that even though Internet Explorer 11 isn’t really all that bad, Microsoft could really use a new brand. Rather than trying to convince the world that Internet Explorer isn’t god-awful, Microsoft has decided to introduce Project Spartan. This browser can work with both regular desktops as well as touchscreen devices and offers built-in PDF support.

Whether or not it will be compatible with the websites, will be another problem, since developers have been focusing primarily on Chrome, Mozilla or Safari when it comes to developing mobile and desktop apps and sites.

Windows has finally introduced universal apps. What this means, quite simply, is that app developers would be able to write one app and have it work across phones, tablets, PCs, and even – wait for it – Xbox One. Each device can have tailored experiences, but the ease of creating apps across all devices will mean a unified experience for any Windows users.

With the chaos that was the Windows app store, I’m sure Windows users are sighing a breath of relief.

The launch of Windows 10 also came with a launch of the Xbox app, which comes with every Windows 10 machine. You’ll be able to chat with people on Xbox Live, check out videos and achievements. Your messages, friends list and activity feed will also be synced into your Xbox app to be viewed on any device.

Even better, you can now stream your Xbox One games onto your devices, so you can play your favourite games from your Surface if you wanted to.

“We think enabling people to play multiplayer games on Windows 10, across Xbox One and Windows 10 will unlock the potential of Xbox Live,” said Head of Xbox Phil Spencer.

The Surface Hub is essentially a giant 84-inch touchscreen TV geared towards businesses instead of homes. This 4K resolution device syncs with all the Microsoft devices at work and allows people at the workplace to share their presentations through a shared TV. According to The Verge, the touchscreen comes fully equipped with camera, speakers, mics, bluetooth, NFC and a stylus-enabled touchscreen interface. The integrated camera and bluetooth means that the Surface Hub can be used for group meetings via Skype or other conference calls.

Have a look at the Surface Hub in action in the video here:

Personally, I am more excited about the Microsoft HoloLens than Windows 10. While it is still early in developmental stages, the Microsoft team claims to be able to have HoloLens ready in the Windows 10 timeframe. The HoloLens goes beyond what Oculus has to offer in immersive gaming by producing holograms to the world around you. It is described as a ‘see-through display that you wear’ and puts the users into virtual worlds through holograms.

HoloLens let you take 3 dimensional objects beyond the screen and into the real world; 3D design will never be the same again. The HoloLens does not need to be connected with a PC or phone in order to work, essentially being its own computer. HoloLens is not just able to project holographic images all around but also sounds. Microsoft is working in collaboration with NASA to develop HoloLens.