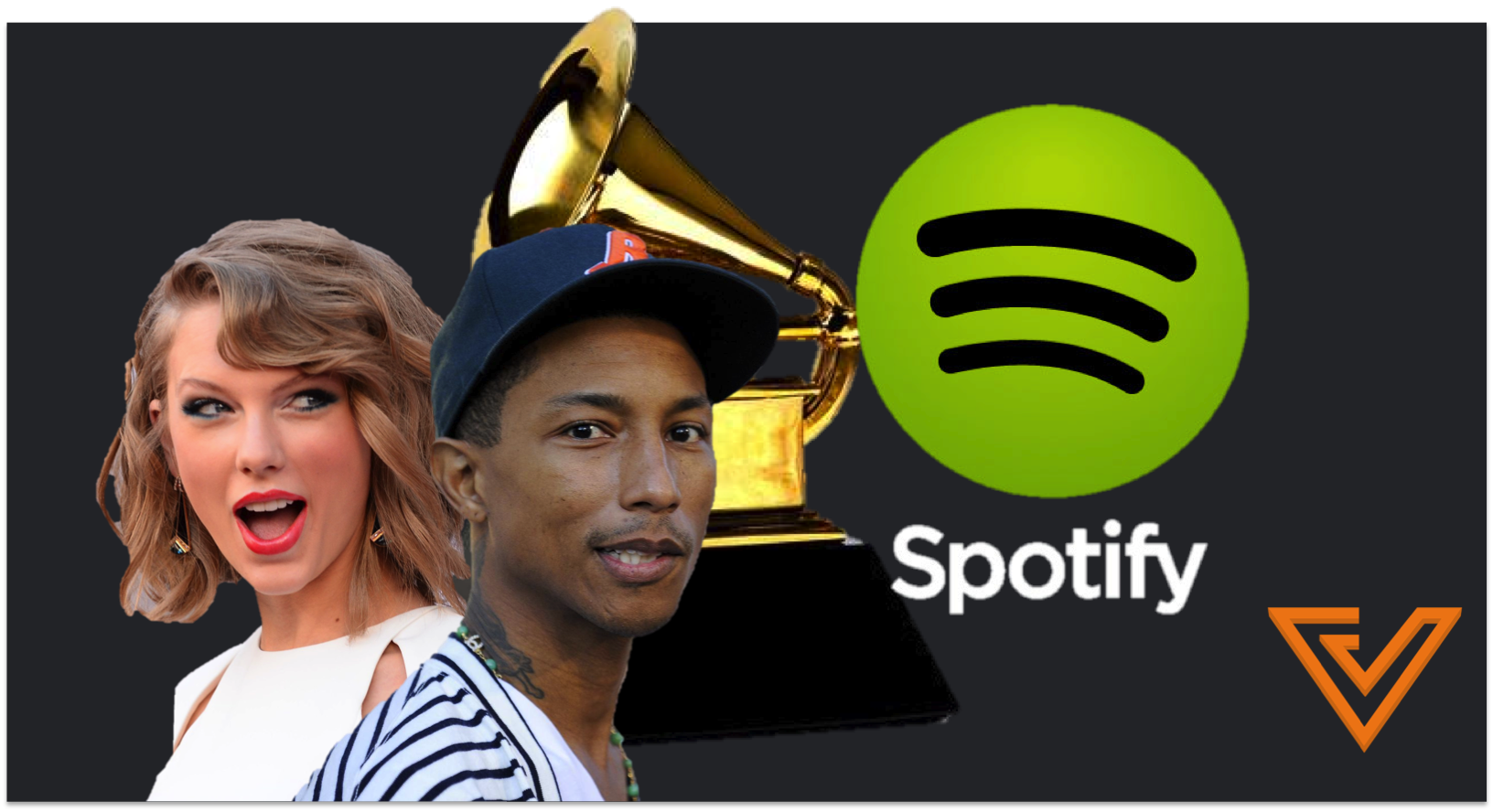 The Grammy Awards, one of the biggest bestower of musical accolades, will be happening on 8 February. With categories like Album Of The Year, Record Of The Year, Song Of The Year, and Best New Artist, fans will be hoping to see their favourite artists get awarded for their work.

And with 3 days to go, Spotify wants to predict the whole lot.

Using their immense data bank on top streamed songs, artists, and albums, Spotify claims to have analyzed the listening habits of their 60 million users. And they can apparently look at the most viral songs, albums, and artists to identify the winners of the upcoming Grammy’s.

Interestingly, Spotify also shared that they took a new statistic into account — virality, a figure obtained by dividing the number of streams by the number of shares. This statistic seems to take precedent over other factors, like whether the record was streamed with a high frequency or not.

Below are Spotify’s “Dark Horse Winner Predictions, Based on Virality”.

Record of the Year: Sia — Chandelier

This song was also the most streamed record and song of the year on Spotify.

Album of the Year: Pharrell Williams — G I R L

Unlike Chandelier, this was only the 3rd most streamed album of the year, behind Ed Sheeran’s X and Sam Smith’s In The Lonely Hour. However, it won out on virality, what Spotify called “Dark Horses” in the competition.

Song of the Year: Hozier — Take Me to Church

Similarly, this was only the 4th most streamed song of the year, losing out to Chandelier by Sia, Stay With Me by Sam Smith, and All About That Bass by Meghan Trainor.

This was also only the 3rd Best New Artist, behind Sam Smith and Iggy Azalea.

Will Spotify’s predictions be accurate? I guess we’ll only find out this Sunday. But if they do, I guess we all know where to turn to if we want to start placing our bets.

Deezer has just released their own predictions for Album Of The Year. They contributed a list of 5 in a blogpost, with Ed Sheeran’s X topping the list.

We knew he was a contender after seeing hundreds of fans congregate outside Deezer HQ whilst he filmed his exclusive session. The man certainly has the X factor and you think so too as his album was streamed more than anyone else’s in the list.

Pharrell’s GIRL only comes in at number 3 on their list, so it looks like Album Of The Year will be where we see Deezer and Spotify’s predictions go head to head. Who’s opinion do you trust more?