The iPad Mini 3 Gets A Mini Upgrade, Better Camera Not Included 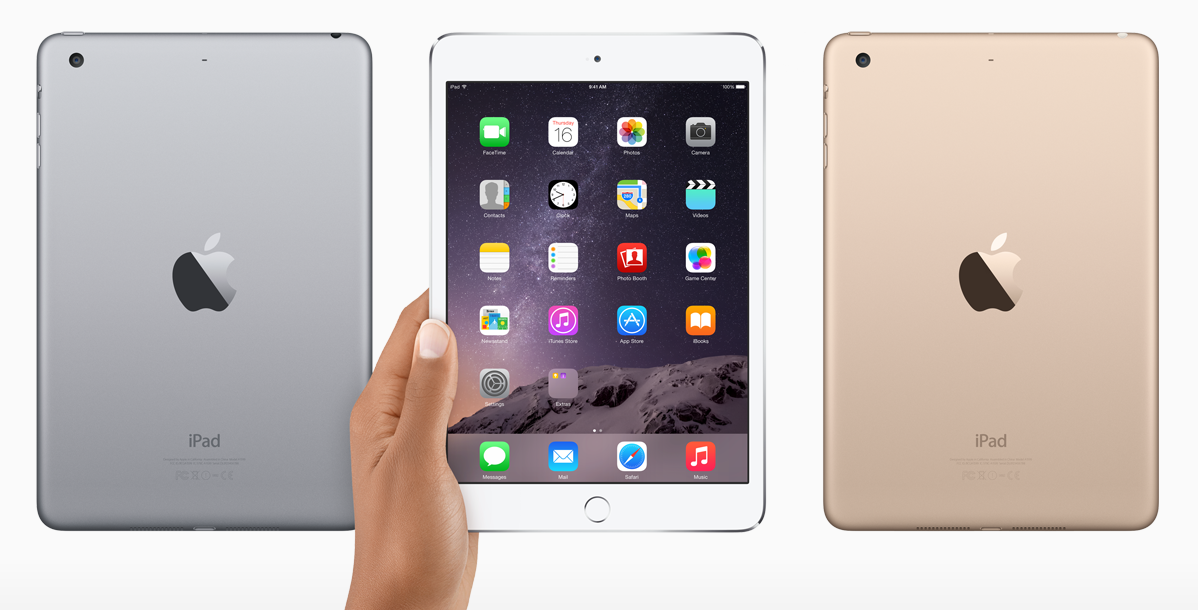 Let it be said that Apple makes the best tablets you can possibly get your hands on — not to mention, the most beautiful looking handheld devices in the market today.

I’ve talked about how the iPad Air 2 is now a better, faster, sleeker version of its predecessor, all packed into a sleek, minimalist design. And now they’ve introduced the iPad Mini 3: their latest small tablet that supports TouchID and Apple Pay. It’s a fantastic piece of gadgetry, I have to say.

The question is, do you really need a fantastic, fingerprint-scanning tablet?

New gadgets aren’t cheap, and when you already have a smartphone, a perfectly functional tablet, and maybe even a Kindle in your arsenal, is it worth spending $500 on a new mini tablet that basically does what your normal-sized tablet already does?

Then you’d be better off waiting for the next one.

Unlike the iPad Air 2, the Mini’s new upgrades are, well, minimal. There’s the addition of the Touch ID and a gold option, but otherwise, it’s pretty identical to the previous model. Where’s the faster processor? Or the camera upgrade?

If this is going to be your first tablet purchase though, then it’s as good a choice as any. But why spend this much on a basic version when a pimped out version is available (hello, iPad Air 2) for a few extra bucks?

That said, the Mini is compact, slim, sleek, and does do a really good job when it comes to all attendant tablet-related functions. And if you do have the spending capacity to accommodate this purchase, go ahead. Otherwise, my advice is to wait for the next one, where it’s likely that Apple will find a way to get the iPad Air 2’s faster processor and upgraded camera features into the Mini’s tiny little chassis.