OPPO Neo 5: Does This Newcomer In The Smartphone Game Have What It Takes? 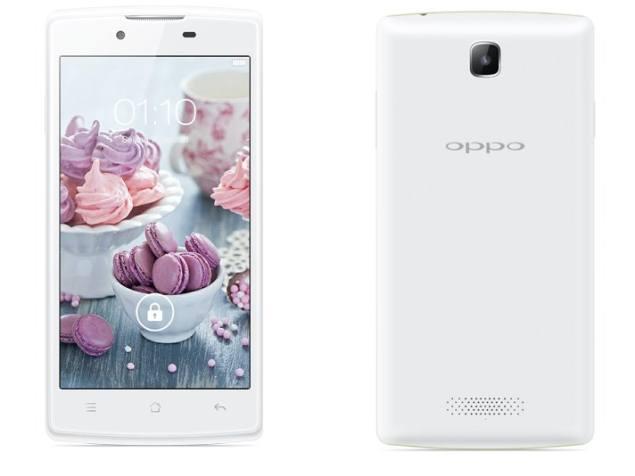 OPPO — does the name ring a bell?

If it doesn’t, it’s about to. OPPO is a fairly new entry into the smartphone market, and it’s slowly making its way up the ranks. But while it’s not exactly up to par with the behemoth Android players such as Nexus or Samsung, OPPO’s latest offerings look like they’re poised to make their mark in the market.

Take the OPPO Neo 5 for starters: I’d call it the gateway device into the wonderful world of smartphones. And surprisingly, despite any apprehension you might have about this phone, I’d say it’s still one of the best phones within its price bracket. It looks great, can easily handle multiple tasks, and works fairly smoothly, all within that impressively easy-on-the-pocket price tag. Did I mention that it looks great too?

The OPPO Neo 5 is a nice looking phone. It’s not the best one, but amongst other phones targeting the same segment of the market, it’s still one of the more attractive ones. The contours of this handset mimics that of its high end counterparts, which means that quality was evidently a priority when creating the chassis for this phone — it’s sturdy, and feels solid in your hands.

My main beef with it is a personal one. I’m not exactly a big fan of the pearl finish with that slight sheen. I much prefer matte finishes or aluminum and metal chassis that don’t seem to attract scratches as much as shiny surfaces do. Nevertheless, it serves its purpose well. The way the OPPO 5 was designed means you won’t be reminded that you have an entry level smartphone. What you have in your hands may be priced reasonably, but the way it looks tells you that you made a sound investment.

With a 4.45-inch screen, the Neo 5 lies somewhere in between the Xperia Z3 and the iPhone 6 — bigger than the former, but more compact than the latter. But despite the decent-sized screen, don’t expect it to catch anyone’s attention. It has a basic 480×854 resolution, with about 220 pixels per inch.

I suppose — with the Neo 5’s features and limitations — its biggest competitor would be the Moto G, the latter having an advantage given its very prominent brand name. But if there was a compelling reason for you to consider OPPO over Motorola, it’s this: even its entry-level smartphone can surprise the most jaded techie with its quad-core, 1.2 GHz processor. And despite its 1GB RAM, it holds up surprisingly well.

The biggest drawback for me would be the very limited storage. 4GB is all you have to play with. Your main apps, a limited playlist, a few photos and maybe an ebook or two are probably the only things you will be able to fit in it.

Still, it manages to do what a smartphone promises to do. You can stay connected via email and chat apps, take videos and photos and browse the Internet, all the while easily switching between one for the other.

Honestly, I expected to run a little longer with the Neo 5. But as with most smartphones, you last a full day with it and that’s about it.

It’s fine; it’s nothing great, but it will definitely do. You’d probably be better served with a small battery pack just in case.

This is the kicker for me — the Neo 5’s 5-megapixel rear camera is really good. Not something you’d expect to hear when you’re on the subject of low-tier, entry level smartphones. It’s not up to par with the Apple cameras, definitely. But it’s a lot better than its counterparts from more famous makers like Samsung and Motorola.

Not a bad phone — for its price, for its drawbacks and what it has to offer. Is it better than the Moto G? Not on all fronts, but with a better camera, coupled with its fairly efficient interface and usability, it might just be enough to grab a big chunk of the market.