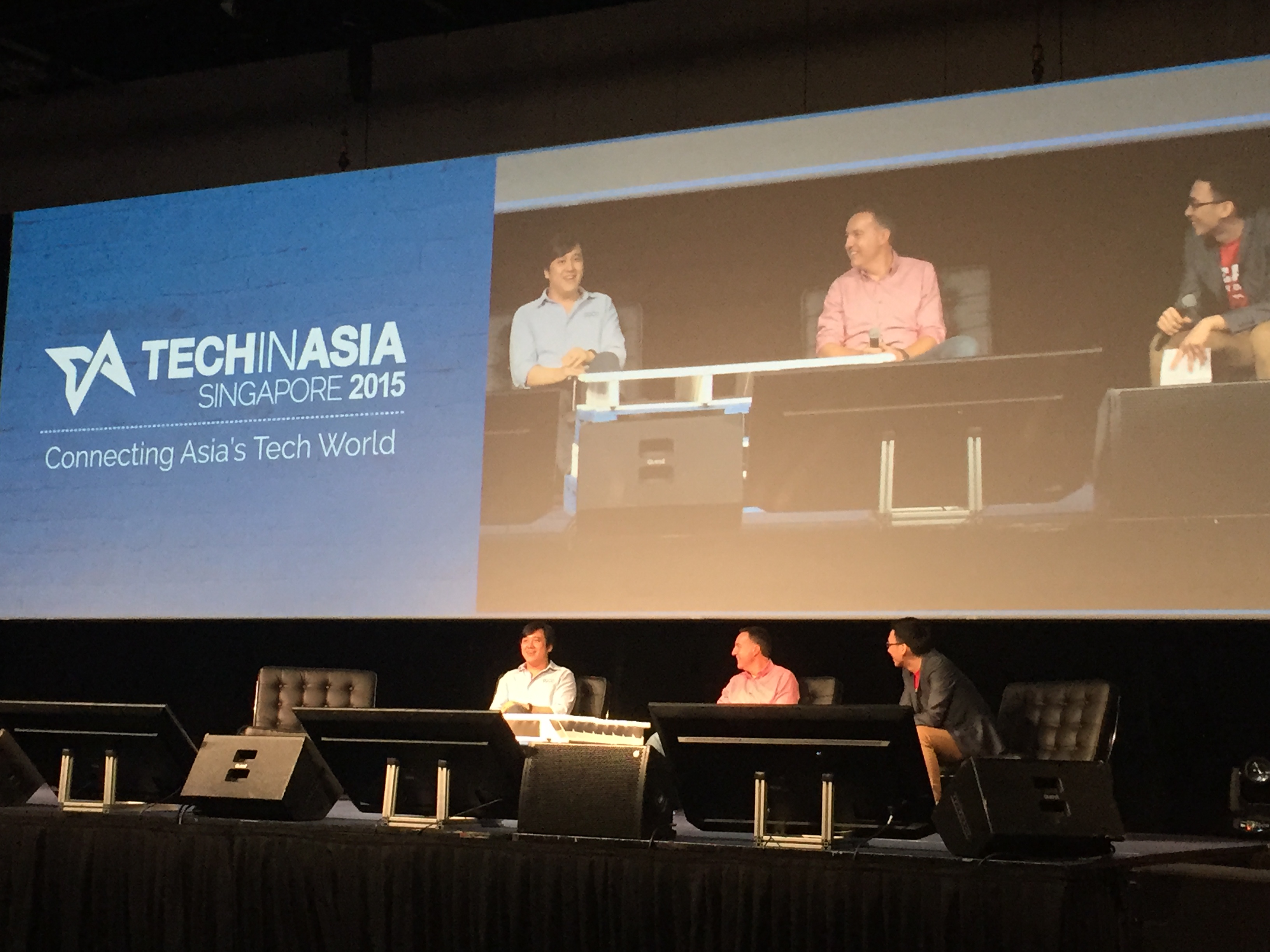 There’s still much to solve in the Property Tech industry, said Steve Melhuish, CEO and Co-founder of PropertyGuru Group, and Darius Cheung, Founder of 99.co.

At the Tech In Asia Conference 2015, the two spoke on a panel about disrupting the real estate industry. PropertyGuru is the current market leader in Singapore, with 4.5 million visits per month and about 85-86% market share based on time-on-site.

But despite having been the market leader in Singapore since 2007, Melhuish admits that the consumer problem still needs to be solved.

“[Researching in the property industry is] still a very stressful process, it’s still not optimal. What’s keeping us awake is how to solve the consumer problem.”

A huge problem is the rigidity of the market, with about 85% of advertising dollars in the real estate still being invested offline. Yet, much of our research now starts online rather than offline, and the quality of listings by property agents are not keeping up.

Cheung, who founded 99.co last year and was just invested in by Facebook founder Eduardo Sauverin, designed the 99.co platform specifically to incentivise better quality listings, after experiencing the same frustration while looking for a space. Often, listings online are shoddily put together, with poor or no relevant photography and little information provided. This is despite the fact that the move to mobile is causing consumers to be more demanding in what they’re looking for.

“The bulk of the work we have to change is offline, not online,” said Cheung.

Melhuish concurred: “We’re competing with offline more than each other.”

With such a big and profitable property market (estimated by Melhuish to be worth around $140 billion), there is going to be an influx of startups coming into the market — not just to expand the market vertically, but horizontally as well. Melhuish says that there will be great innovation in the space with different business models, and a greater focus on the quality of listings.

Cheung also shared that he expects the growth of market capital in the property tech space itself to be about $5-7 million. Consumer behaviours are changing as well, with the shift to mobile changing people’s expectations: transitions have to be faster and smoother, and consumers’ attention spans are reduced to about 3-5 minutes at a time — a small window in which to deliver results.

Melhuish also shared that PropertyGuru is now IPOable, and while they don’t believe that now is a good time to go into the market, it is definitely in PropertyGuru group’s future.