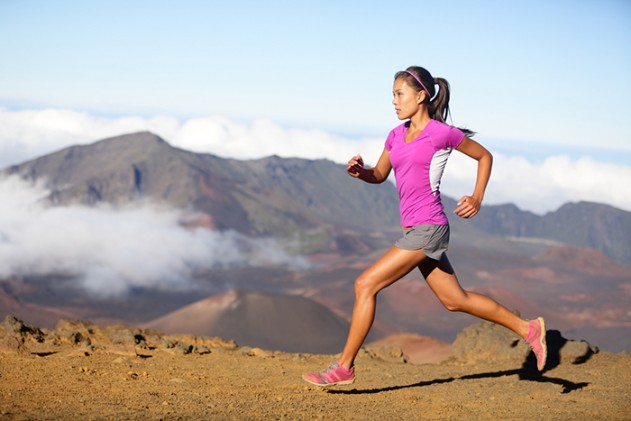 You know what running is? It’s an absolute torture, disguised as a great way to get fit. The boredom of running around and around a track, hearing nothing but your own labored breathing and the swift footsteps of fitter runners overtaking you — for me, running is one of the worst ways to exercise possible, which is why I stopped running a few months ago after a mere few weeks of hitting the track.

It’s possible that I might be tempted to take it up again, though, after seeing Spotify‘s new feature. Spotify Running is set to be available in Singapore for iPhones today, and other updates will be gradually rolled out in the near future. For those of us not lucky enough to have a running companion to pace us, Spotify Running might be the next best substitute.

How does this work? Once you start running, Spotify will detect your tempo and match the music in time to your step. The songs you hear will be chosen based not just on your listening history, but from original running compositions written by DJs and composers from all around the world.

Spotify’s VP of Product Charlie Hellman also shared with Techcrunch that runners go 15% further and feel better at the end of the run because it feels like they were “dancing all the time”.

Apart from being a great way to pace yourself, Spotify Running can also be a huge source of inspiration to get fit. And later this year, the Spotify Running experience will be reaching Nike fans through the Nike+ app, with the RunKeeper app also set to be integrated with Spotify Running soon.

Another torture that we all face is the Monday blues — and it’s a pain that Spotify is planning to heal with music as well. Spotify’s new Now start page, which will arrive in Singapore in the near future, is a feature that provides you with exactly the right music — not just to start your day, but for every part of your day.

According to Spotify, Now “learns what you like” and tailors its recommendations to your mood over time. So whether you need a pick-me-up on Monday mornings, jazzy tunes in anticipation of Friday evenings, or fast music to perk you up after lunch, Now will have you covered.

That’s not all that’s coming to Spotify: the company has also announced that for the first time, it’s throwing video clips and audio shows into the entertainment mix, viewable in the same space as your music related content. There’ll also be exclusive entertainment that you can’t find anywhere else, from Dance Move of the Day produced by Amy Poehler’s Smart Girls brand, to specially curated radio shows presented by artists including Icona Pop, Jungle and Tyler the Creator.

With the blitz of new features that Spotify is introducing, it looks like the streaming platform is determined to stay ahead of Apple iTunes in the digital music service game. Now excuse me while I go find my running shoes.