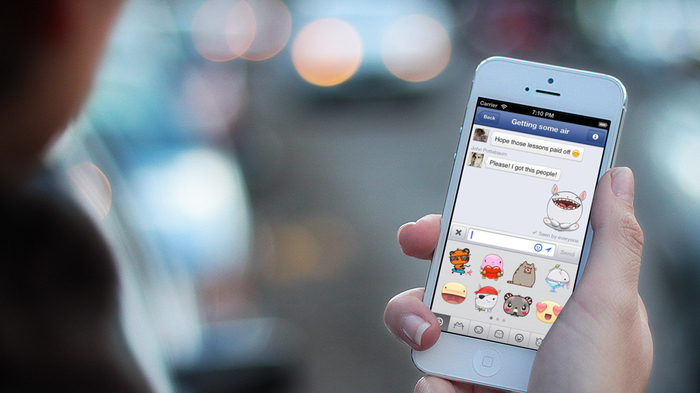 Earlier this year at Facebook’s F8 Developer Conference, Mark Zuckerberg revealed Messenger Platform — the tool which would allow users to hold conversations by choosing from various third-party apps. This essentially gave users the power to create all kinds of content, and to do whatever and be whoever they want online. With such a wide array of apps, though, it’s not surprising that you might have overlooked some of them.

Here are 5 apps for Facebook Messenger that you probably didn’t know about.

Effectify allows you to apply some pretty cool effects to your face. With a huge variety of effects to choose from — whether it’s having a moustache, getting that double chin, going bald — it’s really up to you how you want to beautify your photos (or not). It’s pretty entertaining, and as a fan of zombies, I couldn’t help giving Zombify a try — this is how it turned out:

Pretty cool, huh? I was impressed by how realistic it looks, and couldn’t stop using it. Tip: try out Vampify and Wolfify too — you won’t regret it.

This GIF camera is your ultimate selfie must-have. There are plenty of GIF apps out there, but to.be Camera’s GIF game is strong — it has pretty much everything from colour to animation, which would be fun to use during a chat. You’ll find yourself getting totally immersed in creating GIFS of yourself.

Wordeo lets you play around with fonts, colours, and more, letting us express ourselves in ways we never thought possible — simply type a message, and watch as each of your words magically become a video clip. You can also add a different background for each word, and sum it up with a soundtrack of your choice.

If you’re a fan of 9GAG or SGAG, and can’t live without your daily dose of memes, Meme Generator might be the best app for you on this list. It allows you to create and customise your own memes, and comes with more than 600 images, hilarious captions, and multiple fonts for you to choose from.

It’s always funny when someone changes their voice, especially when it involves impersonation. FlipLip offers both voice changes and a wide range of characters to personify, such as a pirate, baby, ninja, and mermaid. Voice effects include helium, chipmunk, robot, and princess, among others.

This is the app that will let you fulfil your pyromaniac tendencies without actually setting anything on fire. It basically allows you to add fire effects to whatever your camera is capturing at any point in time.

If you’re looking for more apps to try out, but don’t see them on this list, check them out here.