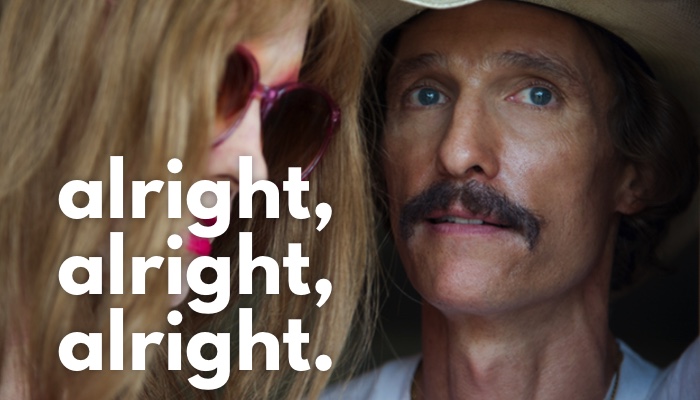 And karma just keeps hitting back for Dallas Buyers Club LLC, their parent company Voltage Pictures, and everyone involved in their fight to ‘combat piracy’. Yup, this includes their Singapore rep as well.

In May, it was reported that Voltage Pictures went head to head with Japanese corporation Toho, who accused the former of illegally using their trademarked pictures of Godzilla for their own version of the film, Colossal. Shame on you, Voltage.

When they started going after people in Singapore and everywhere around the world who allegedly downloaded the movie Dallas Buyers Club illegally, things started to go sour. Their rampage on piracy seemed a bit disproportionate, considering that this was a film made on a USD$5m budget, and raked in approximately USD$55m at the box office — they are asking to settle for USD$5,000 in damages. Per person. Pffft.

ISOC stated on their site that they “believe that the current case presents a good chance to reflect on some developments for future improvements to the protection of intellectual property rights in a world of sharing, streaming and downloading, where innocent Internet users can continue to use the Internet without fear.”

They added, “To be clear, we agree that illegal downloading of copyrighted material cannot be condoned. Such infringement deprives creators their just rewards for their creative works.  If creators are not suitably incentivised to create content for the rest of us, we would soon be left watching only videos of cute kittens and baby antics. The Dallas Buyers Club case, however, raises alarms about the threatened penalties for infringement.”

It was reported that the ISOC’s president Harish Pillay personally handed the written complaint to the Law Society. He said the letters were a bullying tactic, and added, “These words make people panic, especially those who are not legally trained… Those who are a bit naive will settle,” said Mr Pillay in an interview with TODAY.

This comes months after a batch of demand letters were sent out to M1 subscribers by Samuel Seow Law Corporation, which used threats of criminal proceedings to advance civil claims. The very nature of the threatening letter is said to breach the Law Society’s ethical guidelines for legal practitioners.

The firm, which specialises in media law, said it had no knowledge of the complaint. According to TODAY, however, they revealed that they had just recently sent out another batch of letters, this time to StarHub and Singtel subscribers who allegedly downloaded the movie illegally.

What makes this case so interesting is that unlike major corporations targeting the people, Voltage Pictures is an independent corporation — albeit one that is prepared for how large-scale this will be, given their outstandingly extensive efforts to reach out to most of the US, the UK, Australia and even a small country like Singapore.

And with legal action going on within the country itself, it’s gonna get pretty messy. You can sit and watch, but try to abstain from downloading — especially if it’s gonna be a Voltage Pictures film.