5 Lessons From Jay Chou On How To Be Extraordinary In Your Life! 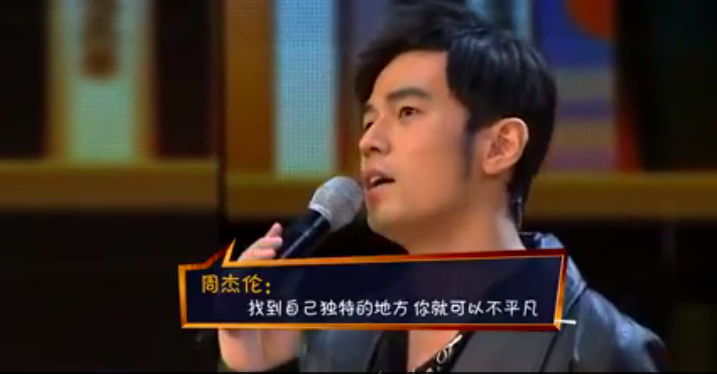 “I think I’m almost the same as everyone here, I think I’m very ordinary, only that I learnt some music.”

That was how Jay Chou started his speech in front of an auditorium full of students. Among Chinese artists, Jay Chou is probably one of the most talented ones around; other than composing music and writing lyrics, Jay has also mastered a whole range of musical instruments and more recently, embarked on acting in movies.

In his recent sharing session, Jay talked about what makes him extraordinary. Here are 5 main points we took away from his rare public sharing.

1. Education is not the most important thing

Jay started off by asking the crowd if it was weird for them to be listening to a speech by him, since he had never attended university. To him, being extraordinary and to be able to stand in front of everyone does not depend on how much one has studied, but rather, if he has a strong skill set. He named a few of his peers who did not study much, but whose work have been taught in university classes.

Advice: Having a particular skillset that you are good at is more important than how much you study.

2. You can only connect the dots looking backwards

Growing up, Jay realised that he wasn’t one for studying hard. Instead of fighting that, he chose to pursue his interests of learning to play the piano and basketball.

Advice: Pursue your interests and life will take care of itself.

3. It’s okay to be competitive

Jay never took failure as an acceptable outcome. When the songs he wrote for other artists were rejected, he used them and sang them himself. Several of those songs have become instant hits with people and fans around the world.

Advice: Be the best in your field; do not give in to failure.

4. Have something or someone to fight for

Jay recalled that when he was younger, his parents spent a lot on him, allowing him to pursue music as a hobby and later as a career. As the only child, Jay made a promise to himself that he would be successful, and to earn enough to repay whatever his parents had given him. His parents (especially his mum) became the pillar of strength that he held on to.

“There were times when I thought I couldn’t continue the journey.”

Advice: Stay accountable to your loved ones; they’ll be the people who’ll help you when you need it most.

5. You have to keep improving and progressing

One of the many things about Jay Chou is that he is always looking for ways to stand out in the entertainment industry and among his peers. It was only through constant reflection that he found a way to differentiate himself musically from others.

As an artist, he didn’t stop at just singing and performing — he also learnt to shoot his own music videos, and is working towards getting more experience in directing movies.

“My dream one day is to be a director too.”

Advice: Find out what’s different about yourself, and amplify that uniqueness.