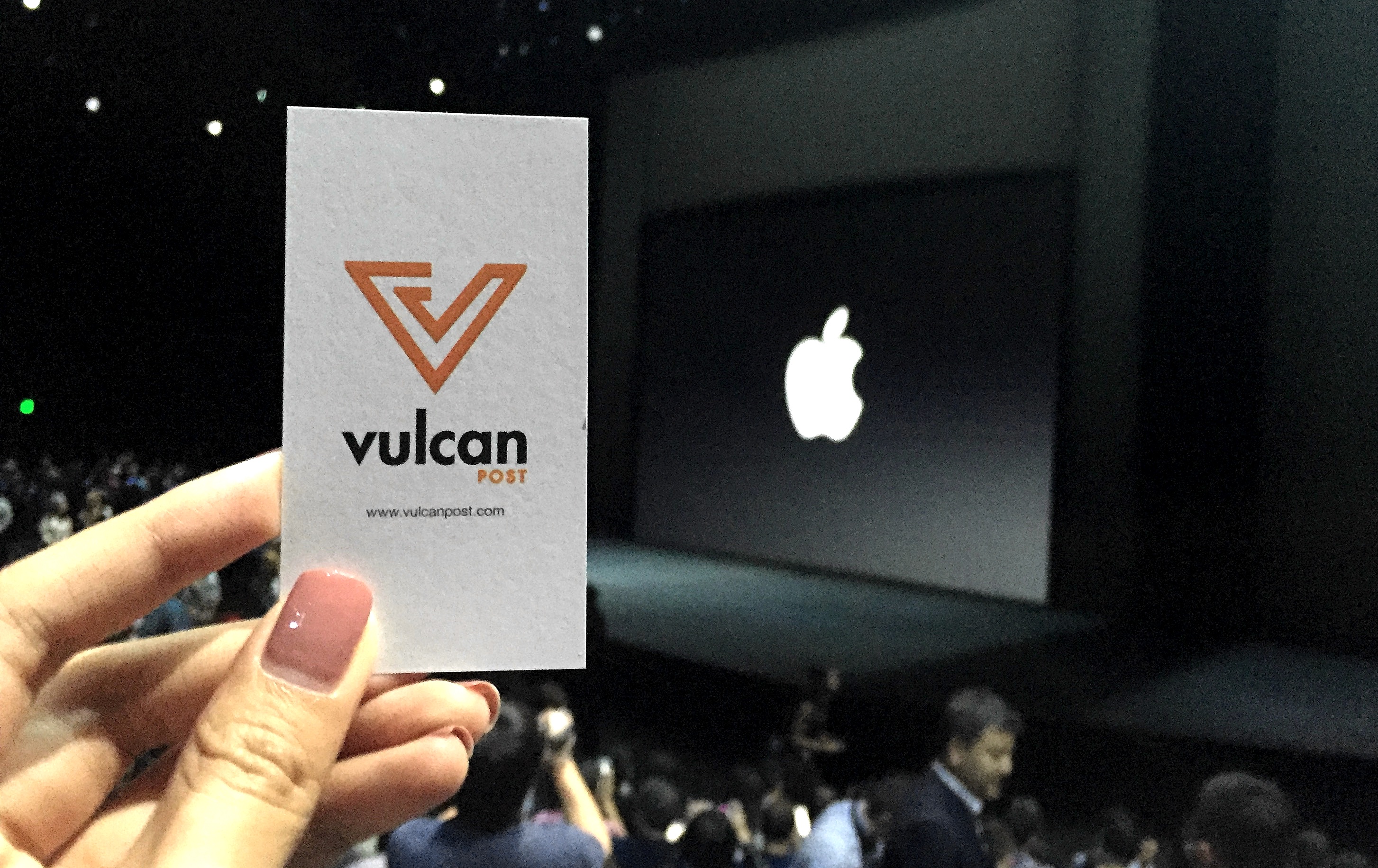 Apple has just released a slew of new products, enough to make any Apple fanboy (or fangirl) dizzy. Held at the Bill Graham Civic Auditorium, Tim Cook and his team stood before a packed 7,000-seat space to release three main new products — Apple TV, the iPad Pro, and the new iPhone 6S and iPhone 6S Plus.

“For many people… The Apple Watch has been life-changing.” — Tim Cook

Cook also announced that some new features have been added to its new OS, including 3rd party complications, Time Travel — where you can use the crown to scroll through your next few days’ events— and Transit in the Maps App.

The Apple Watch now has 10,000 apps in the app store, and there are more to come. Cook mentioned Facebook Messenger, iTranslate, and GoPro. Apple also featured AirStrip, a revolutionary Apple Watch app that acts as a companion to doctors.

Apple also released more gold and rose gold designs for the regular Apple Watches, along with a wide variety of colours for its sports band, including a red band for Product (RED).

Watch OS 2 will be available on September 16th.

As rumoured, Apple has released a new iPad Pro, the largest iPad to date. With an 12.9″ retina screen, it has 5.9 million pixels, big enough to have a full-sized software keyboard. In fact, Cook showed that the iPad Pro’s height is exactly the same as the iPad Air’s width. It’s only 6.9mm thin, and at a weight of 1.57lb, is slightly heavier than the original iPad.

According to Apple, it is the most advanced iPad to date.

It has a 3rd generation 64-bit A9X chip, 1.8x desktop class performance, it is faster than 80% of portable PCs for CPU, and has 22 times the CPU performance of the original iPad. It also has improved graphics, with 360 times better graphics than the original iPad, and is faster than 90% of portable PCs. It also has, for the first time in any iPad, four speaker audio, and three times the audio volume of the iPad Air 2, for a complete movie-watching experience.

It also has a 8MP iSight camera, 802.11ac with MIMO, up to 150 Mbps LTE, Touch ID, and has a variable refresh rate to help improve system performance.

It comes in three colours: silver, gold, space grey. It will be available in November.

It also comes with two new accessories. Firstly, the smart keyboard, which connects to the iPad Pro via a smart connector — three small circles which connect magnetically to transfer power and data. Next, the Apple Pencil, a brand new stylus that is pressure-sensitive, and recharges with a lightning connector. It’s great for creatives, and allows you to draw directly in apps like Mail, Notes, as well as art apps like Procreate, UMake, and even Microsoft Office. The new iPad also comes with a brand new Adobe suite, including Adobe Photoshop Fix that allows you to retouch up to 50Mp images with simple gestures.

With the iPad Pro, Apple is also releasing a new iPad Mini, the iPad Mini 4, which basically has the iPad Air 2 capability housed in an iPad Mini body.

The iPad Pro is much pricier than its iPad counterparts, retailing at US$799 for 32GB, US$949 for 128GB, and US$1079 for 128GB. The Smart Keyboard and Apple Pencil will be sold separately, at US$169 for the keyboard and US$99 for the Apple Pencil. It will be available for retail later in November.

“The future of TV is Apps.”

Apple has reinvented the Apple TV, integrating a brand new App store, as well as Siri capabilities. This is enabled by a new operating system, TVOS, expanding Apple TV’s capability to enable all other apps, such as HBO, Hulu, Galaxy on Fire, Disney Infinity, Guitar Hero, and even e-commerce platforms like Gilt, on top of showing Movies, TV shows, and Apple Music.

It also comes with a new remote that features a glass Touch Surface. This will help with navigation, and includes a built-in Siri button on the remote.

Siri’s capabilites are expansive. These are just a few of possible Siri commands you can use on Apple TV:

Today, TVOS has 11 million developers working on apps. With the accelerometer and gyr0scope built into the remote, Apple TV allows you to play games with the remote as a controller. The games available on TVOS also enable multi-players, allowing other players to connect their Apple devices to use as additional controllers.

In a move that may possibly pit Apple TV directly with companies like Sony, you can even attach bluetooth controllers to play games through the Apple TV, such as Guitar Hero.

iPhone 6S and 6S Plus

Tim Cook introduced the successor to the iPhone 6 — Apple’s most successful smartphone to date — the iPhone 6S and iPhone 6S Plus.

“The most advanced smartphone in the world.”

Here are the highlights:

As expected, the new iPhone 6S was launched with the latest arsenal in Apple’s technology bank — Force Touch. It was introduced through 3D Touch, bringing the pressure-sensitive screen to your iPhone navigation.

An example of how 3D Touch works goes like this: press a little for a preview of a message or email, press deeper to open it. It also works well with inter-app use, for example opening a web-link within messages instead of going into Safari.  You can also “peek” into an app to select specific actions, or force-touch your screen to get to your other apps instead of double-clicking the home button.

The new iPhone will come with Apple’s A9 processor, which is 70% faster at CPU tasks, and 90% faster with graphics tasks. It will also come with M9 motion coprocessor, which is embedded and always on, which means that “Hey Siri” will always work whether your iPhone is connected to a power source or not.

Touch ID will also be twice as fast.

The iPhone 6S series comes with a new 12MP iSight camera, which creates 50% more pixels than before, without compromising on image quality. Autofocus is also faster than before.

It will also be able to take 4K videos, with 8 million pixels per frame.

Live Photos will also be available, allowing you to force-touch to start a little GIF-like video. You can take it the same way you would a photo. The Live Photo can be viewed on any Apple device, and can be set as a watch face on the Apple Watch.

The iPhone 6S series will be released in the same colours as the iPhone 6, with a new addition. The new colour, Rose Gold, is a light pink pastel, and will be similar to that of the Apple Watch.

iOS 9 will be made available from Sept 16.