The Terrible Side-Effect Of Using An iPhone 6S 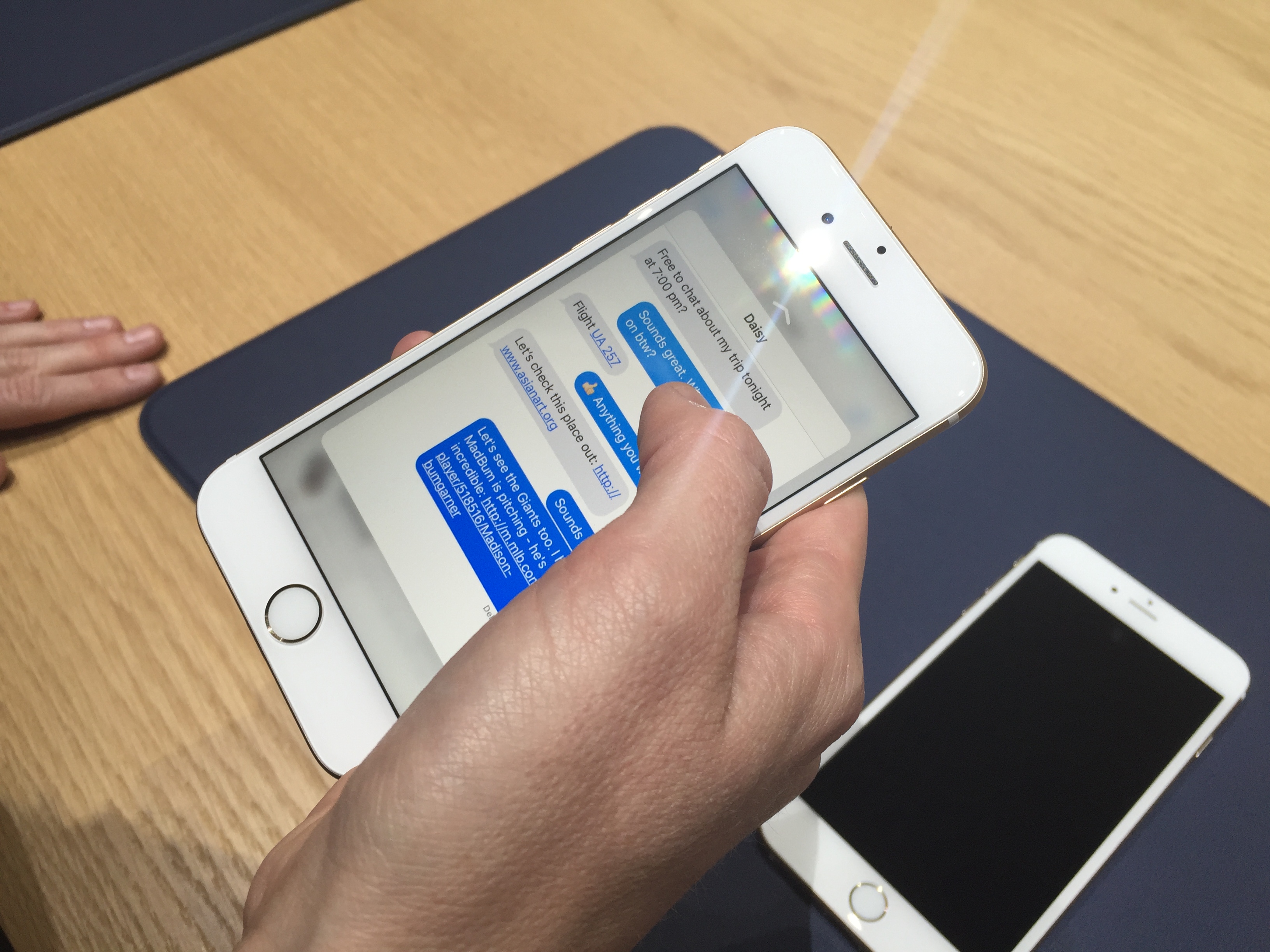 Apple has just launched its newest flagship smartphone, the iPhone 6S. And having had the honour of being present at the launch event, I had a chance to use the iPhone 6S for the first time. To everyone who has asked me what it’s like, what’s new, or whether it’s worth investing in, I’d say this: though it looks, and largely works, exactly like the iPhone 6, there’s one new feature that completely ruined the experience for me.

Perhaps it’s partly due to how it essentially has the same body as the iPhone 6, my current weapon of choice. Its curved unibody may be made with a new aluminium that makes it stronger than before — back off, bendgate fiends — but it shares the same design that tricks you into believing that it’s the same thing. And since I’m on the iOS 9 Beta, I’ve gotten used to the new operating system and its subtle changes.

But the 3D Touch is where it completely f*cked me up.

The concept behind 3D Touch is surprisingly intuitive. You press the screen to open up more options, you press a little more to open up a page. It adds layers to your navigation of the phone, making you go deeper rather than around, digging down instead of running back and forth. And each time you press, you feel a little click somewhere in the screen. In some odd part of your mind,  you feel like you’re physically feeling each page, like unlocking a box with a resounding and satisfying click.

Think about every child that grew up with a tablet, learning to tap and swipe their way from app to app, or from game to game. The first time they’re exposed to a laptop or a television screen, their first instinct is to tap the screen to activate it. This is how I was with the iPhone 6S. A mere few minutes, and I unknowingly treated every touch-screen surface like it was as advanced as the iPhone 6S. I pressed hard into every screen I touched — including the iPhone 6 I’ve used for a year — and felt the unwarranted frustration of coming up with zilch.

It could well be that until every smartphone producer finds a way to copy this technology, I will remain frustrated and unsatisfied with every other device. I’ve been blue-balled by a phone, and it pisses me off.

Apple fans like me may wax nostalgia over old Steve Jobs videos, or spend time debating the use of an Apple Watch. We’re all watching with bated breath to see what the headline of the Tim Cook era will be. And bar AppleTV, iPad Pro, ApplePay, and this watch on my wrist, I think the 3D Touch is it. Because we’ve moved on from the time when Jobs told us how smartphones should look like — now, Cook is telling us how they should feel like.