A Weekend With The iPad Pro 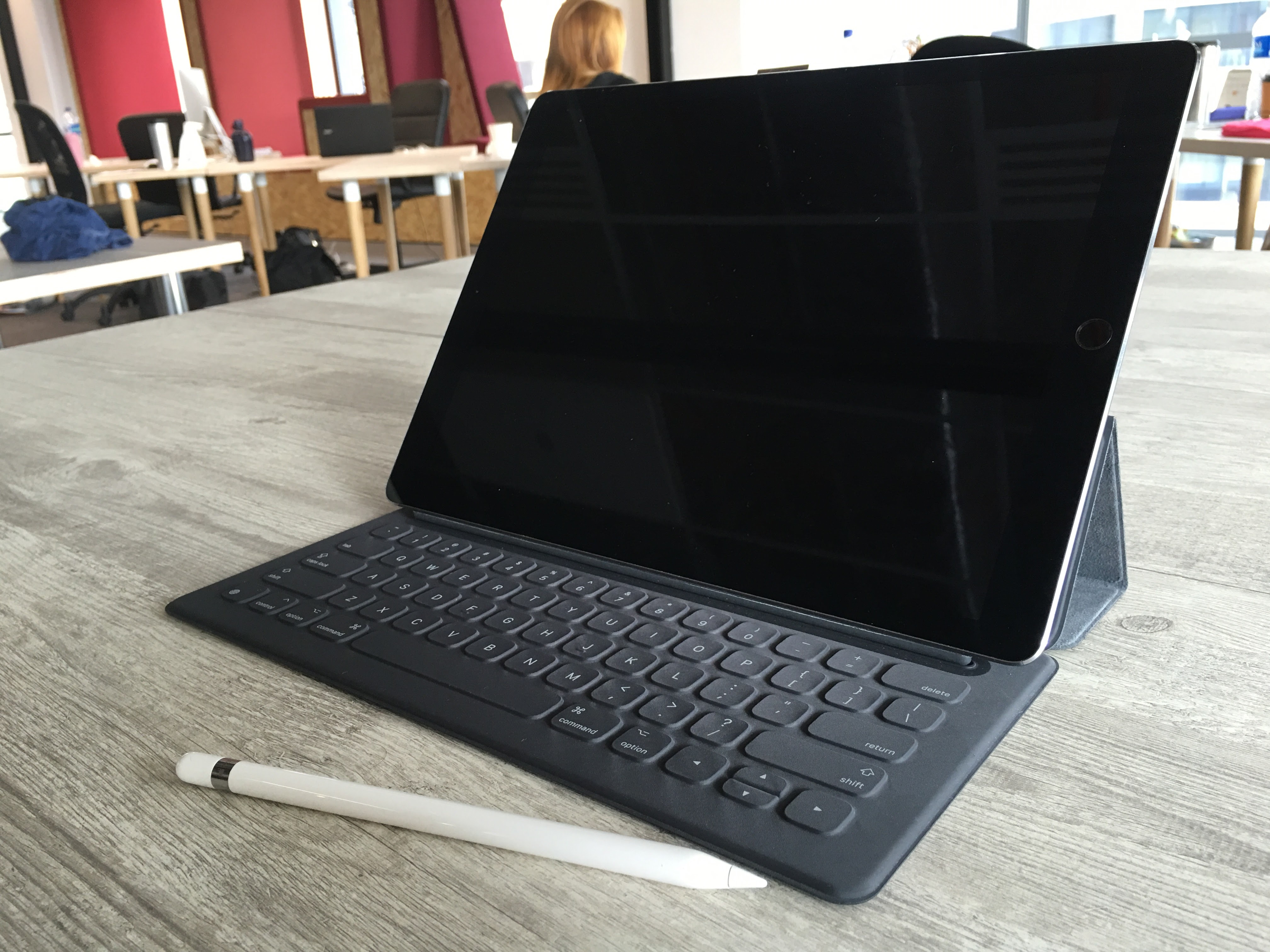 When the iPad Pro was first launched, many were quick to compare it with its counterparts like the Microsoft Surface Pro. The idea behind the products, surely, is the same. Others are saying that the iPad Pro is pretty much like an iPad but bigger, but the truth is, that would be selling this mammoth product short. To draw inspiration from Britney, it’s not quite a tablet, not yet a laptop. But to the latter, maybe it’s better.

It’s hard, when you hold the iPad Pro in your hands, to figure out what to start with. Luckily, I had a weekend to play, dig through, and understand this 12.9-inch product.

You’ve probably heard aunties in your family talk about wanting an iPad to watch their dramas on. And sure, that iPad Mini 4 is great for bringing onto public transport in the smallest of bags. But watching movies on the iPad Pro was stunningly spectacular. With 5.6 million pixels at a 2732 x 2048 pixel resolution, this gives it a high pixel density of 264 PPI, which is higher than what the MacBook Pro offers (227 PPI for 13-inch, 220 for 15-inch). This makes images super crisp and seem completely pixel-free.

The real winner, when I pulled out a copy of Mad Max, was that sound. For bass fanatics, this device packs serious delivery from its four speakers. The top two speakers — which switch every time you move the iPad from landscape to portrait — are dedicated to mid and high frequencies. This may seem like a small detail, but it does wonders for sound quality — you can even hear the switch just by shifting the iPad around.

It’s surprisingly loud too. With three times the output of the iPad Air, the Pro is really great for an all-immersive experience. It is, however, too heavy to hold over your head as you’re lying in bed. Trust me, don’t do it.

This is where the Apple Pencil really shone. Truth be told, I was a little skeptical about this little white pen, especially with the seemingly pretentious name of ‘Pencil’. But I’ve played with my fair share of art tablets, and I know the value of a good stylus.

Off the bat, it’s clear that this is not like the little stick you use to poke around your smartphone screen, so get that Steve Jobs’ iPhone presentation out of your mind.

The Apple Pencil reacts beautifully to angle and pressure, and I was relieved to find that I could comfortably rest my wrist on the tablet without any weird reaction (i.e., drawing weird stuff where my palm touches the screen). During the iPad Pro launch, developers showed off really complex apps that work really great with it, such as 3D art app uMake, and Paper, a notebook app that lets you take notes and — more importantly — draw. Of course, these apps worked beautifully, but I was also stunned by how versatile Apple’s stock app, Notes, worked as well. With its small selection of colours and tools, it’s able to create an almost life-like sketching texture. Angle the Pencil a bit more to shade your image like a true pro.

I drew a rudimentary picture of the iPad Pro (my only available subject at the time), and paused to think about the time when we used to spray paint on MS Paint. Seriously, MS Paint.

I made a movie

Having just returned from a trip to Hong Kong, I thought it’d be a good idea to make myself a little home movie with the photographs, videos, and random Snapchat clips I had gathered there. For anyone who’s ever dabbled with iMovie, you would realise that editing large files, like video, can really test your processor. In fact, I’m pretty used to the system making my 5-year-old Macbook Pro lag insanely.

This, however, wasn’t a problem for the 64-bit A9X chip, which allowed me to run 3 streams of 4K video simultaneously. No lag, no sign of the tablet even looking like it’s trying to process that information. It just goes.

It’s hard to compare this device to any of the MacBooks, but it’s definitely Apple’s most powerful iOS device to date.

I played some games

Combine that great sound system and image quality with that high processor, and need I say more? Heavy games like Asphalt, FIFA, or Geometry Wars didn’t even stutter.

I did some work

After some fiddling around with the Smart Keyboard (it takes a while to figure out where the ends of the iPad Pro and Keyboard are supposed to connect), I managed to connect the keyboard to the tablet. First thing I noticed was that it didn’t have any issues with connectivity. I’ve had issues with some Windows devices (including the Surface) with recognising when the keyboard was connected; on-screen keyboards would continue to show up even when the external keyboard was connected, and vice versa. With the iPad Pro, no hiccups yet.

The feeling of the keyboard takes some getting used to, but you can’t really expect a laptop-feel from it. It is, however, very functional, repels dirt and water thanks to its micro-fibre exterior (no one can see that coffee stain I made), and stores easily as a cover once I’m done.

The actual work process was pretty boring — work usually is. But the new iOS’s split-screen function made it brilliant to use. I often found myself using it as a notepad alongside whatever emails I’m going through, just so I can jot down snippets of information. Or if I’m writing, I can pull out Safari to check for information. It’s extremely useful, but obviously limited — after all, you can’t expect to be running a game next to your iMovie project.

It’s important to note at this point that the iPad Pro boasts a 10-hour battery life, though I managed to stretch mine to two days. That was enough to not make me worry about it dying on me, though the process of charging it will take some time (I’d recommend charging it overnight).

If you ask me who should use the iPad Pro, my answer will be pretty simple — creatives. The powerful processor and graphics card combined makes it a great tool for anyone in the creative field, from graphic artists to designers and architects — and they’re the only group of people I can imagine utilising it fully. Though it’s not able to run full-sized softwares like InDesign or an Adobe Suite (the iPad does have an iOS version of Photoshop), it would be a great additional tool for creative professionals who are on the go.

For the layman, the iPad Pro is obviously a powerful tool, but with so many cousins in the market, it’s hard to justify to most people why a laptop-performance tablet with a large price tag would be something important to own. The product costs S$1188 for the 32GB WiFi model, S$1448 for 128GB WiFi, and S$1648 for the 128GB cellular model. The Apple Pencil costs S$148 and the Smart Keyboard is priced at S$268. Throw in the 32GB model with both tools, and you could almost get a 128GB 13-inch MacBook Pro.

Also Read
The Ups And Downs Of A Week With The New 12″ MacBook
Categories: Products, Geek, Singaporean, Gadget Enthusiast, Reviews