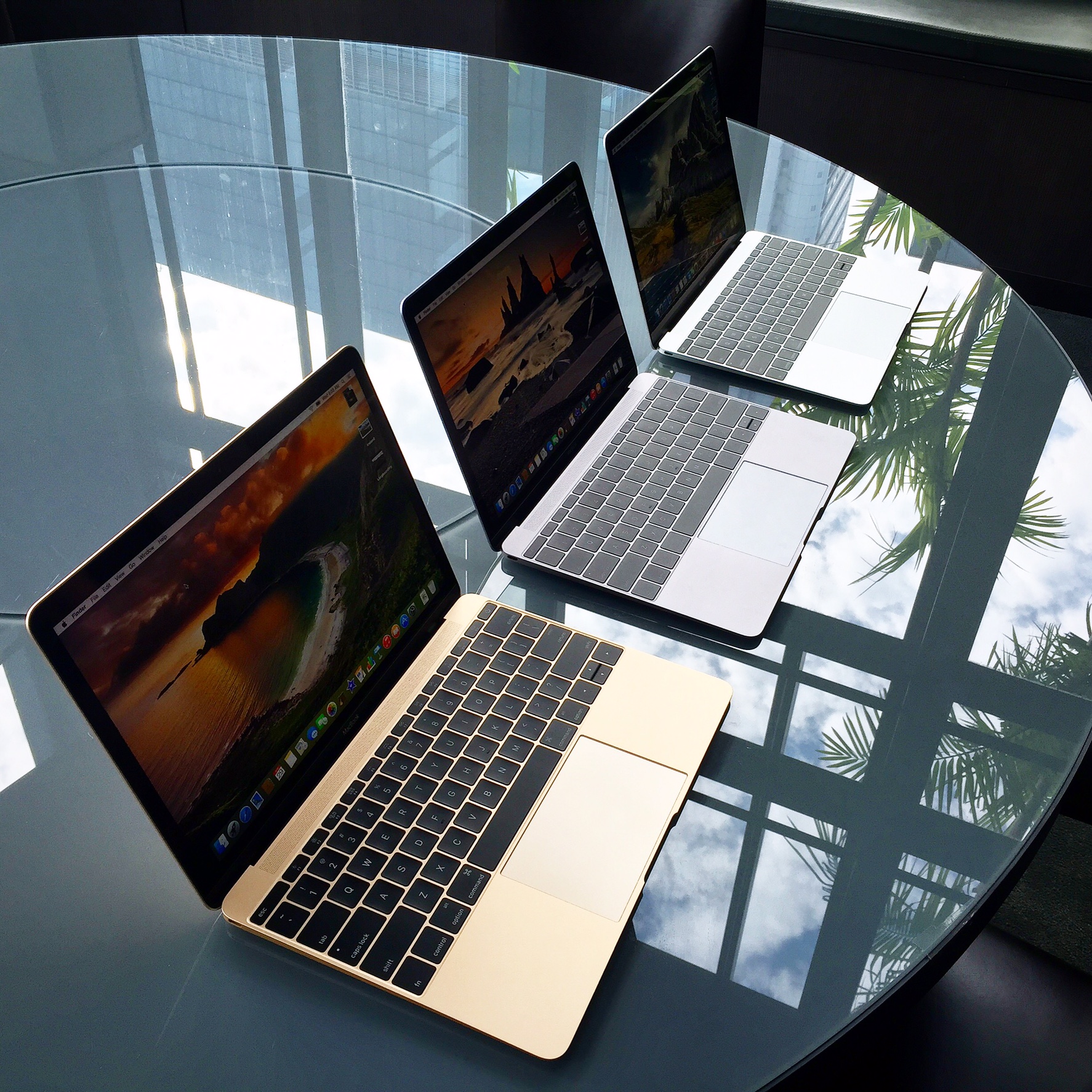 The new MacBook is out in Singapore. If you’ve dropped by our local Apple retailers recently, you would have seen the shiny new toys out on display, which are now available for purchase. Going at S$1788 for the 256GB model or S$2288 for the 512GB model at the Apple Store, this was the MacBook that no one actually expected.

Here are my observations after a week of use:

It’s easy to explain the numbers, and share the lengths, widths, and breadths of laptops, but the best gauge is really to go to any EpiCentre or nübox and pick one up. You will be astounded by how thin the laptop is. The thickest part of the laptop is exactly the width of your headphone port and USB-C port, which explains why Apple couldn’t afford to put more ports or introduce MagSafe — those would have contributed additional width to the MacBook.

The tiny size of the MacBook has been met with varying responses. While the majority seem to love how slim the laptop is (like I do), its thinness seems to be disconcerting to others. True, it resembles a larger tablet with a keyboard you can’t detach (the horror!), but as long as I can slip it into my purse without my shoulder feeling like it’s going to fall off, I can’t complain.

Also, it’s impossible to find a 12-inch sleeve, since that’s not a common size for tablets or laptops. The only thing I could find that was in the right size is this A4-size plastic folder.

The keyboard takes some getting used to

This is probably the biggest cosmetic change to the MacBook keyboard. To achieve record thinness for the MacBook, its keyboard has been completely redesigned to be thinner. Each individual key has also been made wider, with the resulting keyboard reaching all the way to the edges of the laptop to compensate for the reduced length of the MacBook. The feedback also feels very different.

The different feedback comes from the new mechanism behind the keys. The old keyboards used to have a ‘scissor-switch’ key mechanism, typified by keys that ‘lean’ to one side when you tap on the edge. The new MacBook, however, has a new butterfly mechanism where keys go straight up and down, no matter where they are pressed. To me, this gives the keyboard a sturdier and more satisfying feel.

Don’t try to do much on it

I transitioned to the MacBook from a MacBook Pro — my usual choice of weapon. The first thing that struck me was that this MacBook was pretty obviously made to be a simple device. Sure, in every day use, the MacBook works perfectly well, and you’re not likely to feel any difference. But you shouldn’t try to run heavy apps on it — there were a few times when I opened too many apps at the same time and it began to lag.

I haven’t had incidents when the MacBook hung or stopped functioning altogether, but I can imagine that if I pushed this tiny laptop beyond its capacity, it would begin sputtering in protest.

I almost never use Force Touch

One of the newest features of the MacBook and the new MacBook Pro is Force Touch — a new trackpad that uses advanced technology to provide haptic feedback when you click, and comes with acceleration possibilities. While the technology is great, and I can’t wait for app creators to make use of it to enhance user experience — I have little use for Force Touch now. I did use it once to check the definition of a strange word, but other than that, it doesn’t work quite as well as I would have liked it to.

Some Singapore addresses aren’t processed as well (Force Touch is supposed to give you a map preview of addresses), and I still experience the strange phenomenon where two names get clumped together into one phrase such that, for obvious reasons, I’m prevented from getting more info about them on Wikipedia.

Force Touch is a great technology to have, but for those excited to try it out, I must warn you that it’s pretty underwhelming.

The battery life is surprisingly good

It’s strange to say, but the battery life on the MacBook is better than I expected. While it’s true that the life of your battery will be affected by the number of applications you leave running on your MacBook, you can still expect the laptop to last a few hours more than most MacBooks. This is a big help, especially since there is only one USB-C port: you’ll never have to make that awful choice of whether to charge your laptop or phone first.

With average use, I can get through a 9-hour work day by charging the laptop only once near the end of the day — and it hits full charge within half an hour. Part of the reason for this is the Intel Core M Processor present in the MacBook, which draws a mere 5 watts as compared to the 15 watts of power drawn by the MacBook Air’s Core i5. This also means that the process generates much less heat, which allows the new MacBook to eliminate the fans necessary to keep the device cool — one of the big contributors to the thin design.

As great as using the MacBook has been, it’s strange to be using a device that doesn’t seem to adapt well to other devices. I sadly require an adapter for everything that I need to use, from phone or camera charging wires, to thumbdrives. But this argument seems to hark back to the MacBook Air’s lack of a CD port (remember when people used to complain that they had to buy an external CD port to process those flimsy metal discs?).

These days, hardly any one uses CDs: all our music come in digital format, and shows and movies can be found online. Similarly, ports may soon become obsolete — pioneers of contact charging are changing the way we charge our devices, and most of our data are stored in the cloud. What is a USB drive again?

Yes, it’s still a bitch for now, and you’ll most likely have to splurge a bit on a USB-C to USB adapter for S$28. In time, though, producers will hopefully create USB-C friendly cable alternatives, but until the future catches up with the MacBook, that USB adapter will be your best friend.

With other devices of this size usually being more tablet than laptop, it’s clear that the new MacBook wasn’t made to be the best laptop around, even with Apple’s sexy marketing. It’s made to be what the MacBook Air was supposed to be years ago, and in fact, I’m pretty sure that if it swapped names with the MacBook Air, this laptop would make a lot more sense.

In the end, the biggest appeal of this laptop is its design — its sleekness, redesigned keyboards and colour selections in Gold, Silver, and Space Grey are indeed beautiful aspects. To Apple fans, this might be a laptop before its time, but to everyone else, it’s hard to take the MacBook seriously seeing as it’s a basic-level laptop with one port you can hardly use.

So if you’re looking to get the MacBook, you’d better be a big enough fan to overlook its limitations.

Also Read
Why I Won’t Be Getting The New MacBook Or Any New Apple Product…For Now
Categories: Products, Opinions, Gadget Enthusiast, Reviews

Winners and losers of COVID-19 in S’pore’s labour market: Which industries keep hiring?

These earbuds are Sony’s response to the Apple Airpods Pro. Are they enough to dethrone it?

Key it any way you want: A look at the growing trend of mechanical, custom keyboards in S’pore