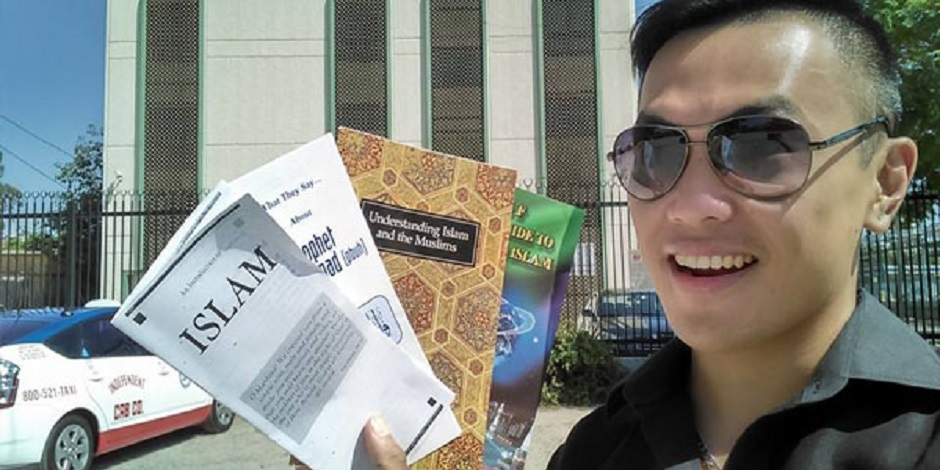 The infamous sex blogger is at it again (not that he has ever stopped), and no, we are not talking about his latest homemade pornography which was released just 2 days ago—and was very efficiently blocked by MCMC (Malaysian Communications And Multimedia Commission).

Most of his social media followers are no strangers to his controversial acts and offensive statements. But this time, he might not be so easily forgiven by his large 85k following on Facebook as even a lot of them think that he has gone too far.

Just few hours ago, Alvin posted a photo collage in a comic strip form of him defecating, and then tearing out a page from an Al-Qur’an to “clean up the mess”. To be respectful to our readers, we will refrain from posting the picture here, but you can view it at your own discretion here.

Alvin Tan himself has confirmed that he did in fact use his own waste matter in the picture.

The photo has since gained nearly 4,000 Facebook shares (and increasing fast), and nearly 2,000 likes. The photo did not come with a related caption; however he left a few comments in the comment section.

And of course, netizens are flooding the comments on his post as highly offensive and disrespectful. A brief glance at the list of comments would show that this act has not just ruffled the feathers of Muslims, but non-Muslims as well.

Facebook user Brandon Ng Ming Han said, “Hey it’s not the Islam that got you imprisoned, it was the political parties that did so, so why hold grudges on Islam? Instead you can use the parties manifesto or something like that.” Sunil Raj commented, “Oh no you didn’t. Damn. We know you are crazy. But this? You just f***** up big time dude.”

Alvin Tan does not seem particularly sorry or remorseful for his action. Instead, he posted another Facebook post to voice out his motive and the reason he does not think his action was inappropriate.

We have heard of stories about people destroying or humiliating religious items such as burning a Koran or the effigy of pastor. However, it’s safe to say that we don’t always come across someone cleaning his faeces with a page from the Al-Qur’an.

If the video of him singing his own rendition of the Azan made you uncomfortable, you’d definitely think this is way more extreme.

Also Read
Alvin Tan’s Tell-All Memoire Is Not All About Sex—But It Can Still Turn Your Brain On
Categories: Opinions, Social Media User, Malaysian, News Reader