This Malaysian Team Just Brought Back USD 100,000 From The Masters Of Code Hackathon 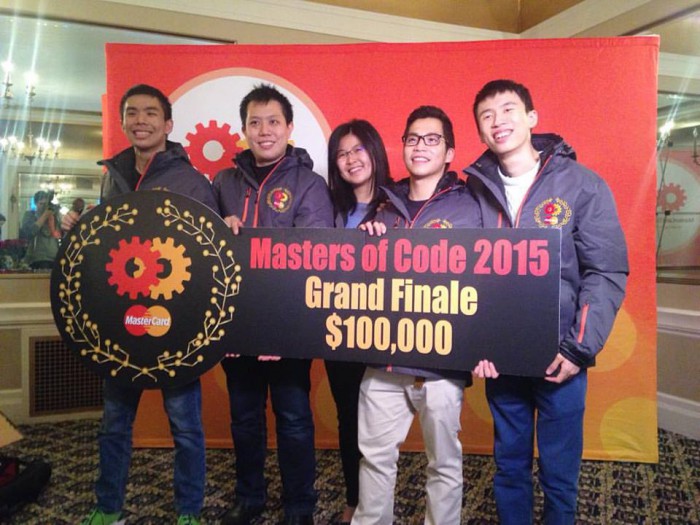 Coding is a way to solve problems through tech, and it is such a niche trade that not many are able to do. Having said that, 5 young Malaysians recently managed to not only make Malaysia proud by entering the grand finale of Masters of Code, they also took home the title as champions, alongside a cash prize of USD 100,000.

Masters of Code is a MasterCard organised event which sees teams from all around the globe battle it out for a chance to become the sole winner of the hackathon competition. Finalists were flown in to the Silicon Valley during December 4-5, where they pitched their solutions to real-life problems through the art of coding.

Some of the winning ideas had ranged from a parent-monitored credit card for kids to a coding-based game aimed at women to encourage them to join the tech industry.

Elated, Leonardy shared on his Facebook profile that his team had just won the Masters of Code grand finale in San Francisco and that the experience had been nothing short of amazing.

“To be honest, it was really confusing and exhilarating at the same time because I haven’t had enough sleep to finish our project in early morning. We built a heck of an SaaS and it has tons of components so I was writing front end codes non stop,” shared Leonardy on Facebook.  He then proceeded to thank the team stating that they were the best.

Worthwhile Win From The Team

Prior to scoring the grand prize, the team was first judged based on 5 criteria, which are the impact of their creation, design, creativity, simplicity of it, as well as their usage of MasterCard’s application programming interfaces (API).

As the winners of the competition, all 5 team members received, on top of the title and the cash prize, two weeks of on-site training at an accelerator program by MasterCard, as well as 6 months of mentoring from a member of the MasterCard Open API executive team and Start Path program team.

Also Read
3 Industries In Malaysia That Are Being Hit By The Wave Of Digital Disruption
Categories: News Reader, Luminary, Geek, M'sianspiration, Malaysian