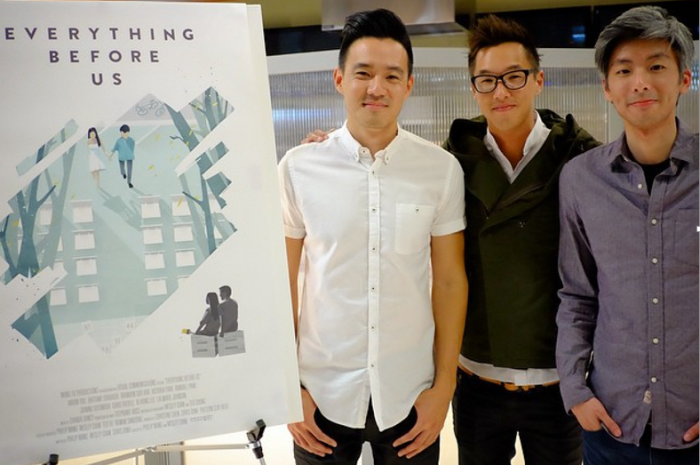 I still vividly remember the very first Wong Fu Productions video I had ever watched. Back in 2010, I was relatively new to the idea of Facebook and some of my friends had shared a video captioning it with plenty of ‘haha’s and ‘lol’s. I decided to check it out and the video was none other than ‘The Allergy’ which featured several famous YouTubers including Chris Dinh and David Choi in a hilarious 3-minute sketch.

Wong Fu Productions then quickly rose to become one of the few YouTubers which I started to watch frequently and it was for the very reason that they produced content which I could relate to. Of course, many girls would also agree that the lads aren’t too hard on the eyes either.

What interested me was the fact that despite years on end of producing shorts, they never stuck to a rigid form of creating content. The team of original 3 made out of Philip Wang, Wesley Chan and Ted Fu had continued to evolve throughout the years.

For instance, their short films which started out on the funny end slowly evolved to include more serious topics like love and even episodic content which is a strategic move to garner more viewers who aren’t there on a one-off basis, but have the actual interest to watch the stories that Wong Fu Productions creates.

Growing For The Better

Alongside their content which has grown by miles throughout the years, the three lads also saw a change whereby their core team now consists of Phil, Wes, Christine Chen and Taylor Chan. They recently graced out shores to promote their first ever full-length film and told Vulcan Post that it has been really cool to see the fans responding well to the new additions in their team.

“We recognised a while ago that Wong Fu had to grow beyond me, Wes and Ted, and we wanted to be more of a brand and a community of really talented people. Right now, Christine and Taylor are the first people that we wanted to share our channel with and it’s been really great,” Phil shared candidly.

Wes, despite his jetlag and fatigue, was quick to share that everyone in the team was really good at what they did. For instance, Christine is a crucial member in More Wong Fu, their second channel, and with her constant outflow of ideas, she has been able to take charge of this particular channel.

Taylor, on the other hand is a great editor and writing partner and with the addition of himself and Christine, they have been able to work seamlessly together to further the Wong Fu brand.

So Then, Where’s Ted?

When asked the question that many fans would have in their mind, which is “Where’s Ted?”, Phil and Wes told Vulcan Post that this question was one that a lot of people had as well. “Ted is currently in New York with his fiancée and he’s just spending more time with his family and focusing on his personal life,” Phil said.

It’s nice to see how Ted, one of the more quieter members of the team, is taking a step away from the spotlight for now, as he is making a personal choice to divert to a slightly different lifestyle. However, Phil assured us of our worries that Ted is still very much a member of Wong Fu Productions and though he is taking some time to focus on his family for now, he is still actively involved with Awkward Animals, a brand of soft plush toys by the Asian American YouTubers.  “If you’re ever had an Awkward Animal, that’s Ted, in your hands,” Phil joked.

Even with a switch in the team, Wong Fu Productions has still been able to maintain their growing channel with more than 2.5 million subscribers thus far. Phil gladly shared the one secret to this, “We keep creating things that aren’t defined by a certain time, and they are stories that can last forever.” Wes agreed, as he added that, “Everyone wants to find stories that they can relate to and I think that we’re one way that could happen.”

Everything Before Us is one way that the team has been able to diversify themselves. They did this by creating a film instead of a short, which at the same time, allows the story of love to remain intact. Love and emotions are after all what Wong Fu Productions are synonymous with, and for their first film, they wanted to portray these emotions to the audience members.

The movie relays how in the near future, every relationship is monitored by a certain Department of Emotional Integrity (D.E.I.). A credit score is given to each couple to represent and gauge the health of their relationship. If the relationship winds up turning sour and a breakup occurs, the couple’s score will drastically drop, and likewise if they are happily in love and make the right healthy choices for their relationship, their score cards would likely remain in the 80s and 90s.

I found the concept one that has not been delved into as yet, and despite the premise being about love, Wong Fu Productions again managed to differentiate themselves from the saturated film industry under this particular genre, by bringing in the subject of D.E.I.

Emotions On The Rise

The interactions between the characters felt genuine and I could feel how much they fought for one another at times in order to keep their relationship going. Wes told Vulcan Post that the team worked hard in “designing that certain thing that you know would only be on screen for 2 seconds or less, but you want it to look perfect”.

For instance, the lighting at any given time, and the camaraderie between the characters had to be on point all the time, and though it was tiring, Phil said, that the feelings of stress on set would melt away when everything turns out beautifully. After all, he agreed that “shooting a short is like a sprint, and shooting a movie is like a marathon”.

With Everything Before Us, this marathon was well worth it, for many of audience members during the recent screening at City Harvest Subang Jaya left without a dry eye. The lads have a gift in moulding a set of emotions into moving images and it is probably due to their innate sense of creativity.

Wong Fu Productions has successfully managed to stay relevant in the eyes of many YouTubers thanks to their content, their common and relatable themes, skilled talents who are able to produce scripts and videos that are both professional and well thought out, and finally, because they are able to prove to viewers that they are evolving and growing with the times by showing us what they can do far beyond just short films and skits.

If this is what they have set the benchmark for in their first release, we can’t wait to see what else Wong Fu Productions will delve into for their next one. Meanwhile, their shorts are what we can look forward to on a regular basis.