Binance CEO worked at McDonald’s, now he’s a crypto billionaire and one of S’pore’s richest 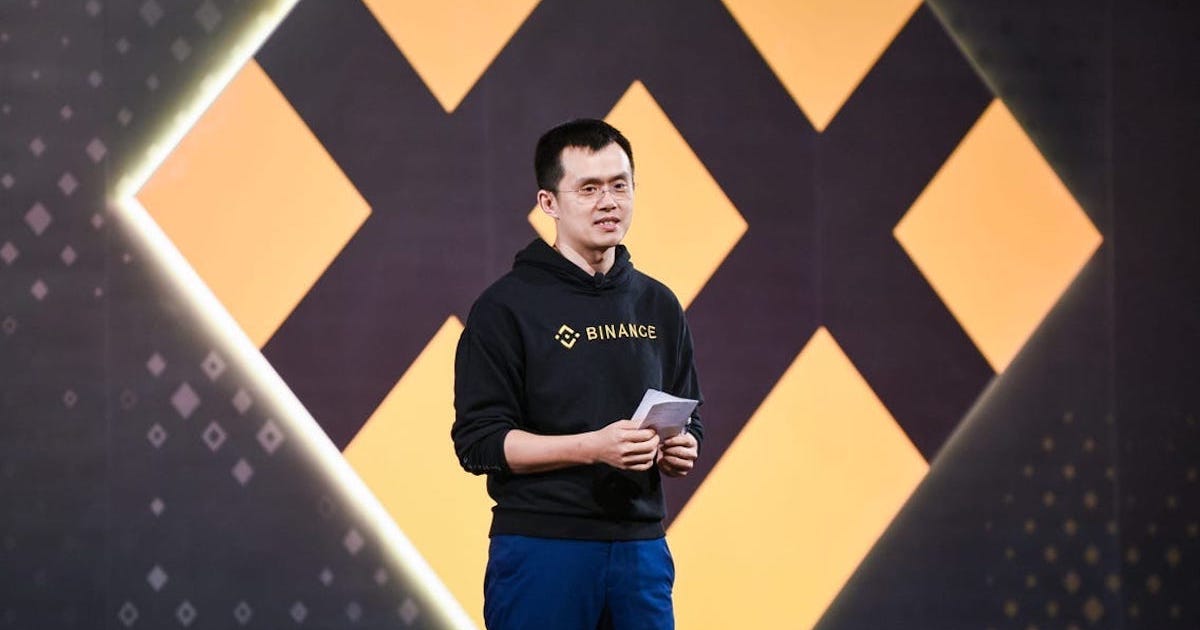 Most recently, Binance founder and CEO Zhao Changpeng (also known as “CZ”) was a new entrant to Forbes’ Singapore’s 50 Richest 2021 list, where he took the 22nd spot.

Here’s a look at how Zhao grew Binance over the years to accumulate his current wealth.

Zhao Changpeng grew up in Jiangsu, China and both of his parents were educators. His father in particular was a professor, but he was labelled a “pro-bourgeois intellect” and temporarily exiled shortly after Zhao was born.

When he was a teenager, he flipped burgers at McDonald’s and worked overnight shifts at a gas station.

After graduating from his computer science studies at Montreal’s McGill University, he spent time in both Tokyo and New York to develop trading systems for the Tokyo Stock Exchange and Bloomberg’s Tradebook.

He did well at the company and was in fact promoted thrice in less than two years, but he ended up quitting the job in 2005. He then moved to Shanghai to start up his own trading system company, Fusion Systems.

He later founded Binance in 2017, which is now a major player in the crypto-verse.

The platform allows users to trade currency, offering a wide range of options for cryptocurrencies to invest in. Binance also provides a crypto wallet for its traders, where users can store, send and receive their electronic funds.

The Binance platform also has its own coin, BNB, which users can buy, sell and hold. Today, it is the third-largest cryptocurrency worldwide with a market capitalisation of nearly US$54 billion.

In July 2017, Zhao raised US$15 million in initial coin offerings just when the market was getting hot and within six months, it became the largest crypto exchange in the world.

The dramatic rise in bank balance and rapid success brought lots of publicity, the peak being the front cover of Forbes magazine. It was a remarkable rise from flipping burgers to being a crypto billionaire.

Fast forward to 2020, Binance has booked more than US$800 million in revenue and reached US$2 trillion in total trading volume.

As Binance expands its business in different areas, Zhao admits that the Binance Card is actually losing money for the company but he doesn’t mind it because he wanted to get that product out.

“We’re doing a number of new businesses that are burning money. It’s still too early to say what our profits or revenues will be this year,” he told Bloomberg Markets.

How he got started on Bitcoin

Zhao is so devoted to Binance that that he actually sports a tattoo of the company’s logo on his arm.

He also believes in cryptocurrency so much that he has probably invested “close to 100 per cent” of his net worth in crypto coins.

I just want to keep crypto. And I don’t plan to convert my crypto into cash in the future.

– Binance founder and CEO, Zhao Changpeng in an interview with Bloomberg Markets

A separate 2018 Forbes interview also revealed that although Zhao is crypto rich, he doesn’t own any cars, yachts or fancy watches. Instead, he often splurges on laptops — the most he bought was five or six laptops at a time — simply because he “destroys (them) pretty quickly.”

Zhao, who currently resides in Singapore, first learnt about Bitcoin from Bobby Lee, who was the CEO of BTC China and his investor at a poker game.

They advised him to convert 10 per cent of his net worth into bitcoin, saying that there’s a high chance that it will multiply 10-fold, which essentially means doubling his net worth.

That piqued his interest, but because there was a lack of educational content on Bitcoin back then, he researched on it by downloading a white paper online and scrolling through the forum bitcointalk.org.

Having come from a tech background, he understood the concept fairly quickly and liked the idea of Bitcoin because it is borderless and maintained by the network.

“You can transfer money from any country to any other country, not limited by any person or intermediaries. Having lived in a lot of different countries, every time I had to convert money, I would lose a lot,” he said.

He then sold his apartment in Shanghai for US$1 million and used the money for bitcoin.

He later began bouncing around prominent crypto projects and joined Blockchain.info as the third member of the cryptocurrency wallet’s team.

He also worked at OKCoin as chief technology officer for less than a year, a platform for spot trading between fiat and digital assets.

Despite Binance’s strong growth, regulations in China have somewhat stifled its progress after the government banned trading in 2017. Yet, Binance responded by moving overseas and expanding to varying locations around the world.

However, Binance has come under intense regulatory scrutiny lately as authorities around the world seek to clamp down on the fast-growing crypto industry.

In the U.K., the Financial Conduct Authority (FCA) banned Binance’s British unit from undertaking any regulated activity. According to the FCA, Binance was one of many crypto firms that withdrew their applications to the U.K.’s temporary licensing regime due to failing to meet anti-money laundering requirements.

Regulators in Japan, Canada and Italy have also clamped down on the firm, warning that it is not authorised to operate in the countries.

Following this string of clampdowns, Zhao expressed his intention to cooperate with global regulators and be “fully compliant” to protect its users and the crypto industry.

“We need to be a licensed financial institution everywhere that we operate,” Zhao said during a press conference held in July.

He added that if regulators expect Binance to have a headquarters, then Binance will establish regional headquarters around the world. This will give them a “very easy to understand structure.”

However, he revealed that Binance has not decided on specific locations yet.

We’ve taken a very strong pivot now. For the last four years, we are a technology startup. From now on, we’re going to be a financial institution … I think that mindset is a very strong shift.

What’s next for Binance?

In an interview with CNBC, Zhao also said he’s willing to step down from his CEO role as the company seeks to become a regulated financial institution.

While he has no immediate plans to give up his role, he revealed that Binance has a succession plan in place.

“We’re going to pivot to be a fully regulated financial institution going forward,” said Zhao, adding that he would be “very open” to finding a replacement CEO with more regulatory experience during the pivot.

CEO contingency planning starts on Day 0, same as (with) any other role. I feel CEOs should not stay for more than ten years, ideally around five years. We live in a dynamic world. We need new thinking. Presidents only serve for four years.

I don’t need to be a CEO, and I am not leaving. I will always find ways to contribute to the community behind the logo tattooed to my forearm. I am proud to be a member of the #binance ecosystem. Let’s keep growing it.

For now, Binance aims to set up a number of regional headquarters around the world and will seek licenses wherever they are available.

Most recently, Binance also announced that they are embarking on a hiring spree to add compliance teams to beef up its 1,600 to 1,700-strong company. Zhao stressed that his top priority is to hire people with compliance and regulatory experience.

Binance is also ramping up hiring in Singapore, with more than 50 job openings ranging from business development to finance and operations, available on its career page.

And while crypto companies like Coinbase are exploring IPOs, Zhao remains firm that they are not looking to go down that same route.

“We are cash-­sufficient, so we’re able to grow ourselves. We don’t need a huge amount of money, we are profitable, and we are growing,” he said.