Killing the golden goose: why Netflix’s crackdown on password sharing is a terrible mistake 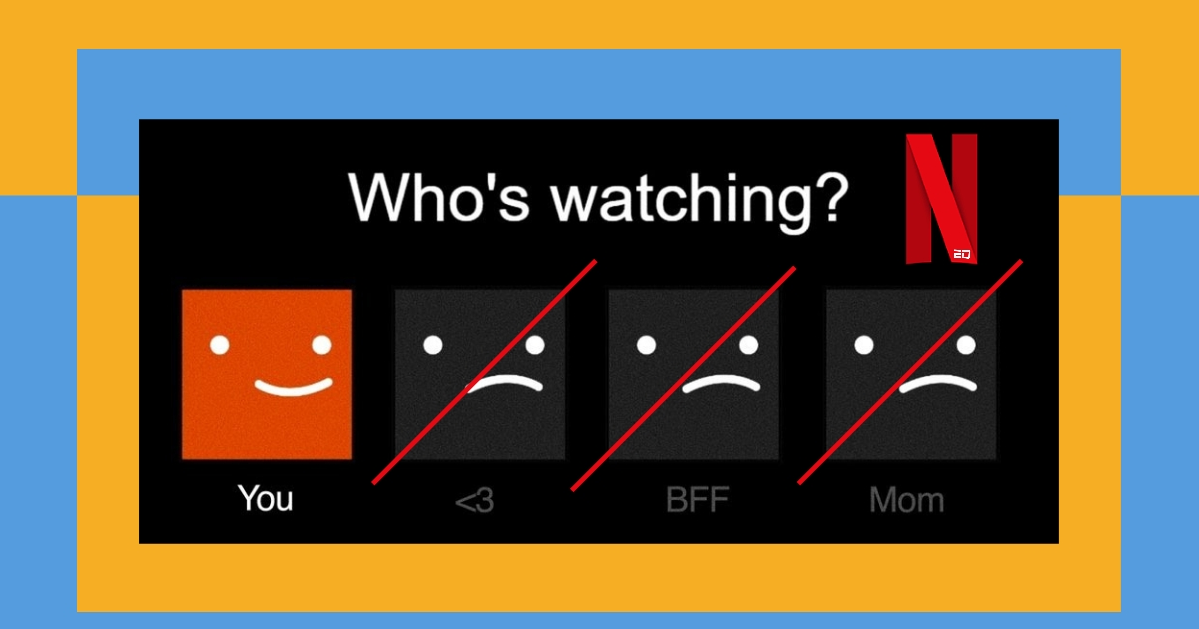 Disclaimer: Opinions presented below belong solely to the author.

In May, Netflix announced that it would start clamping down on customers who share passwords, in effect sharing Netflix accounts. When the news broke, some reacted with scepticism, suggesting that the streaming giant would have a hard time enforcing any new regulations that prohibit password sharing.

But in recent months, Netflix has bared its teeth, and held trials in several countries for their new measures, which include tracking of IP addresses, device IDs, and account activity.

Now, it has announced its plan moving forward. From January onwards, account owners will be notified if there is a log in outside of their home, and will be invited to create a sub account for their visitor. Every sub-account created will mean an additional charge per month for the account owner.

Thankfully, however, the plan as of now is to only track logins from televisions, so for those who use Netflix on their phones, you’re safe for now.

But why is Netflix clamping down in the first place, and will this move work in their favour?

It’s all about the money

At the end of the day, Netflix is a business that aims to make profit — and from what we know of their business, the outlook is not that great.

In April, Netflix reported a loss in subscribers for the first time in more than a decade, and the news sent its stock price tumbling. To make it worse, Netflix also stated that it expected further falls in subscriber numbers.

In response, Netflix CEO Reed Hastings stated that it was time to act on password sharing, with the belief that password sharing was a problem that was affecting the company’s revenues.

To be fair, Hastings has a point. Password sharing marketplaces offer access to Netflix and other streaming platforms at prices lower than Netflix’s own, and it is estimated that Netflix loses US$6.25 billion annually as would-be customers instead use these marketplaces to gain cheap access through shared passwords.

Except, Netflix may actually not be doing itself any favours by cracking down.

A study by consumer research platform Attest found that more than one in five people rely on a Netflix account paid for by another person, with 22.6 per cent of people engaging in password sharing. A study by Global Web Index goes even further, suggesting that 65 per cent of Netflix users share their accounts.

These users share passwords for a multitude of reasons, but likely to be among the most significant is that password sharing results in lower costs for all involved. In fact, local startup Shareit explicitly helps users take this approach to gain access to subscription services without having to pay the full costs.

With costs increasing, however, whether users simply sit back and accept higher prices or cancel their membership altogether is the next question that Netflix needs to ask. But as of now, the prospects look bleak. Nearly half of the respondents in a survey by Insider Intelligence responded that they were very likely to cancel subscriptions if Netflix began to charge extra for account sharing.

Given that so many of Netflix’s users are actually unofficial users and password sharers who are not willing to pay the full price, raising the cost of membership for these people is likely to turn them away altogether, with disastrous consequences for Netflix’s bottom line.

There are also plenty of reasons for people to share passwords innocuously — some people may only use Netflix to watch a single show for example, and might not be willing to pay the price of a full membership just for an hour of watch time a week; or former roommates may still share a password out of habit.

The list goes on, but the key point is that Netflix may drive a large portion of their current customer base away with this crackdown. And given how many people actually share passwords, this is likely to be a sizeable number of their already shrinking user base.

It hurts me more than it hurts you

It is also worth noting that Netflix is no longer king in the video streaming market. In August, Disney+ surpassed Netflix in terms of total streaming customers, claiming a total of 221.1 million viewers to Netflix’s 220.7 million.

Disney+ is not the only competitor to Netflix. Youtube Premium, Amazon Prime Video, Hulu, and many more sites are fighting for their share of the market as well. While Netflix still commands a sizeable portion of the market, their dominance is also slowly being eroded.

And all this does not even account for sites that host pirated TV series and films, or allow for the downloading of pirated shows. Annual global revenue losses from digital piracy are estimated at between US$40 and US$97.1 billion.

What this means is that Netflix is no longer in a position to dictate terms to customers and expect them to meekly accept it. Now, consumers have choices, and many already subscribe to more than one streaming platform.

If Netflix decides to crack down on password sharing, users likely already have other platforms to fall back on, and as such, may simply decide to leave Netflix altogether.

Alternatively, they may also find loopholes within the system, and continue to try to skirt Netflix’s restrictions.

Sure, Netflix may get what it wants with some viewers who are willing to pay more for the ability to share accounts. But on the whole, Netflix may find that it has won the battle to lose the war, especially if other platforms manage to take advantage of the situation to poach dissatisfied Netflix customers.

Any victory on this front, will be a pyrrhic victory at best, and a strategic calamity at worst.

So what can be done to find a solution that will truly benefit all parties involved?

First off, Netflix should recognise that in the battle against password sharing, victory is likely neither easy nor useful.

There will always be those who find ways to evade new restrictions and avoid paying more. And the more restrictions that Netflix puts up, the more they will alienate their customers. In a market where consumers have plenty of alternatives to turn to, this will simply turn customers away.

Netflix should also understand that password sharing is a byproduct of their own success — users share passwords because they see the value of having a Netflix subscription. These users want access to Netflix, but, for some reason or another, they are unable or unwilling to pay the full price for it.

This represents social capital that can be taken advantage of, nonetheless. For a company that once tweeted that “love is sharing a password”, they seem quite oblivious to how much they stand to gain by closing an eye rather than cracking down on password sharing.

Plenty of other subscription services like Spotify or Nintendo Online function well precisely because of how these platforms enable social connection.

Spotify, for example, allows individuals to show their friends what they are listening to, collaborate on playlists, listen to music together through their group listen function, and much more. These functions capitalise on the social capital of their users to bring existing users together and to attract new users to the platform.

There are also plenty of ways that Spotify allows users to express themselves and share that identity with others — your yearly Spotify Wrapped, the ability to share what you are listening to as an Instagram Story, and the unique suggestions that Spotify provides to you based on your preferences. These are all ways in which Spotify allows users to express themselves and showcase that identity.

The beauty of it is that these are not paid functions beyond the basic package, but users who share passwords are not likely to enjoy the full benefit of these functions because the identity that the Spotify algorithm has to work with is not only their own.

Netflix should take a similar approach. Movies can also be social, with events like movie nights or group watching being commonplace. There are already sites like Teleparty which allow users to stream their Netflix online so that other people can watch Netflix together, and functions like these represent one way that Netflix can integrate social functions into their platform.

Instead of going after users who share passwords in such a direct way that is likely to alienate customers, Netflix should instead be showing how it is that they are the superior streaming service, with functions that are evidently in demand but not available on other video and movie streaming platforms. Such a move would necessitate some investment, and cut down on profits in the short term, but in the long term, would likely bring significant returns to Netflix.

The era of Netflix’s domination is waning, but Netflix is not necessarily in terminal decline just yet. There are still untapped aspects of the market that Netflix can utilise to fix its current problems. In a market with significant competitors that are eyeing its throne, what Netflix cannot afford is to alienate its own customer base.

Yet, its current plan to crack down on customers who share passwords seems to do just that, and drive away customers who are likely to run straight into the arms of their competitors.

While it still remains to be seen if Netflix can find a viable solution to its revenue problems, their solution at present represents a failure to capitalise on an opportunity at best, and a calamitous mistake at worst.