Why I Totally “Agree” With Farah Ann’s Haters—And You Should Too. 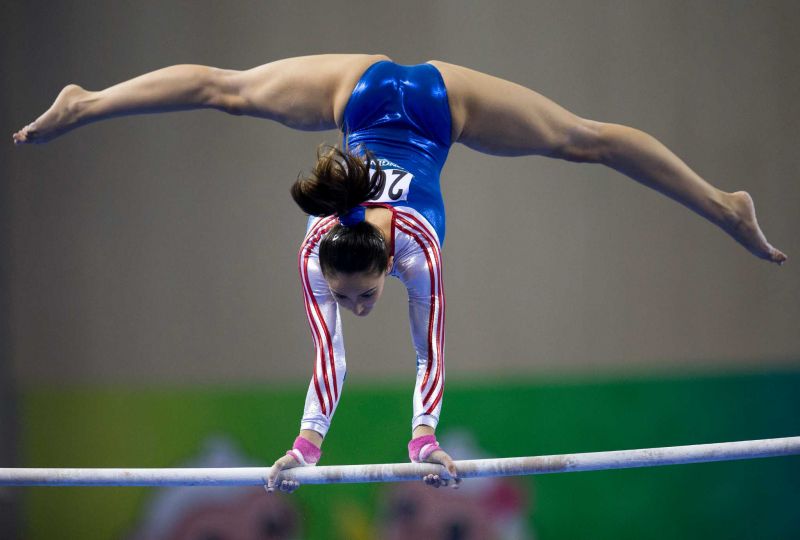 The brave Malaysian moral police force recently took to Twitter to address their concerns with what Malaysian gymnast Farah Ann was wearing when she was competing at the SEA Games.

Now, you may be wondering if she was wearing something provocative. Well, she was.

She was wearing something so provocative—that we might even see Kim Kardashian sporting the very same dress to the next Met Gala—I must honestly say, I’m looking forward to that.

Well, what exactly did she wear?

She was wearing a blue leotard that was approved by the International Federation of Gymnastics, clothing that gymnasts need to wear if they’re hoping to compete. Farah Ann didn’t just compete in one—she won a gold medal in one.

While the rest of the “normal” population saw an athlete perform amazingly flexible feats with ease and grace, the moral police of Malaysia—mostly men—saw a Muslim woman swinging from pole to pole with the coordination and precision of well trained Eastern European stripper.

And in the fashion of a true stripper, she didn’t just entertain the married men of Malaysia watching her performance but she intentionally managed to show them the shape of her “aurat” or vagina.

And they went berserk at the sight of her camel toe and they took to Twitter to talk about her grotesque sense of fashion and her choice as to where she’d spend eternity.

There were quite a few responses, but here are a few that were noteworthy.

One known as Addieputra jentayu wrote, “This is the joy of the temporal world…even though our afterlife will be full of pain from Allah swt, what is it compared to the medal hung around that neck if our spirit in the afterlife suffer one day later.”

Selflessness is overrated. Modesty and selfishness is the way to go.

Yes!! If you’re representing Malaysia internationally at a sporting event—you better be naked.

Another Facebook user posted the image below with the caption, “In Malaysia, there is a non-negotiable ultimatum for all competing female gymnasts to win medals dressed like this.”

Hey, if Batman can do it—so can you!

And any time a woman is being questioned about what she’s doing or about her intentions behind showing the shape of her vagina to people around, flaming feminists almost always have to jump in and defend the woman who is clearly in the wrong.

Listen up, my dear feminist folks, look, everything isn’t about you. What more do you want from society? We already let you work, drive and stay out the kitchen.

“Six medals and all you can think about is her vagina?”

Well, she’s not showing us her six medals, now? Is she?

The lists of responses are endless but they aren’t enough to justify the ridiculousness of competing in gymnastics with a leotard—we have to be modest at all times—even when we are swinging from pole to pole in a prestigious and internationally recognised sports competition.

Matter of fact, I’m surprised that people don’t have their panties up in a bunch over the picture of her foot.

Hopefully this bruise will go down a bit it's painful pic.twitter.com/MGabMeX87p

I mean come on, Farah Ann, cover your foot—you’re tempting every odd Malaysian man with a foot fetish. Where’s your modesty?

Disclaimer: The author wrote this in response to the overwhelming amount of ridiculous comments about Farah Ann on social media. It was written purely from a sarcastic standpoint to show how nonsensical some of them are and you shouldn’t take it too seriously.