9 Reasons Why Those Who Criticised Farah Ann Are Ridiculous 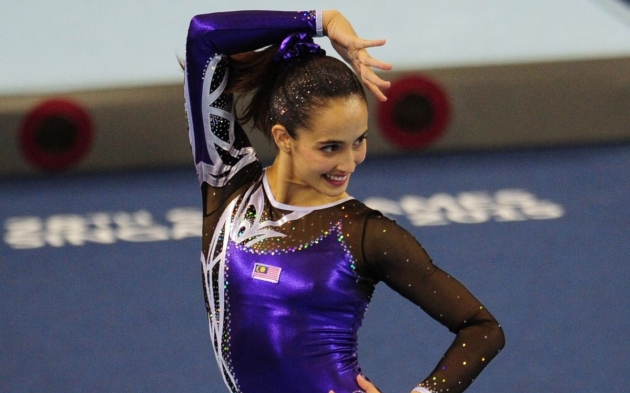 We just cannot take it anymore! It is absolutely a nuisance and absurd when Farah Ann Abdul Hadi, whom we should be proud of for being one of the stars in the artistic gymnastics competition at the 28th SEA Games in Singapore, became the talk of the town when her costume drew criticism. We are here to support and defend Farah with these 9 reasons anyone with common sense would be able to understand.

1. Are “You” focusing on the right place?

The criticizers are probably those with the dirtiest minds of all to be focusing at the wrong place when it is the proud athlete and her gold medal that should be the center of attention.

All Gymnasts wear the same thing and it is a standard professional gymnast costume, so please tell us how else should a Gymnast dress like?

3. If Gymnast standard costume is being criticised, what about other sports?

In that case, we should be expecting many more criticisms on other sports which costumes are “overly” revealing such as the diving, swimming, athletics, triathlon, etc.

4. Why only criticise now?

Farah is not the first gymnast in Malaysia. We have had so many gymnasts in the past, all of them wore the standard gymnast costume. So why pick on Farah?

5. Have “You” ever thought about how criticisms like this will impact our gymnasts? Or athletes?

They represent our country and fight to make us proud but “You” irresponsible people just sit there and pick on things to criticise. Have “You” ever realised how “Your” act will demotivate our gymnasts and athletes as well as harness our country’s talent and sports development?

6. Stand from a parent’s point of view. How would “You” feel if your daughter was being put under the same situation?

People finding fault at sports attire will confine women, in particular, Muslim women to the domestic sports industry.  This incident may affect a lot of parents out there to think twice before sending their kids to extra-curricular classes such as swimming, gymnastics etc., as they may not want their children to become one of the center of attention in the future for being criticized on their so-called “revealing” sportswear in public. So, are we trying to imply that sports in Malaysia should become a male-centric, non-Muslim domain?

7. Why is this man not being criticised then?

Why was there no one to slam this Muslim man for showing his body to the world by just wearing an underwear?

Seriously? Who gave you the rights to criticize? Just like Farah said, “Empty cans make the most noise”. Shame on “You”!

Empty cans make the most noise

9. Where is “Your” intelligence and common sense?

Let’s keep this short—a picture is worth a thousand words.  Let the leaders and netizen with intelligence tell “You” what they think.

A kind advice to all of us—be careful of your words. THINK before you speak!