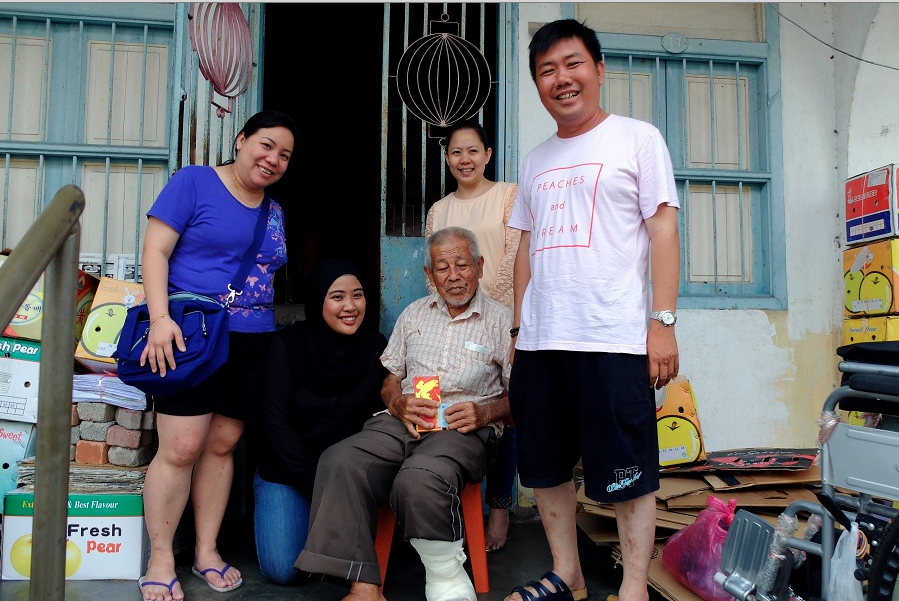 In the world that we currently live in, it’s very easy to be caught up in what we do and in who we are. We get caught up with work, family or responsibilities that we had to accept probably from an early age.

While that stands true in theory—it’s far from the truth in reality. A quick look at our news feeds is proof that these days we are inherently driven by selfish motives and by the emotion of greed.

We proliferate social media with pictures of ourselves cloaked in harmless and mild forms of disfigurement (often referred to as makeup), and occasionally we share images and captions that are supposed to “make a difference” to get ourselves out of the hook of human selfishness. We think by clicking ‘like’ or by sharing an image of a starving child, we’ve already done our part for society.

Is That All That We Can Do?

Well, there’s only one right answer to that question and that’s an obese NO. There’s so much more that we could do—no, should do. Facebook, Twitter, Instagram and other social media are often open platforms that we could use with impact to drive forward a new age of social change.

Can we ever use, say Facebook, to touch the lives of real people in the very real community around us?

We often hear stories of normal people embarking on great socially centric projects in the West.

But can we do so here in Malaysia?

The right answer to that question is definitely an obese YES!

And to do just that, recently Shirin Aziha Shahidan teamed up with activist Syed Azmi Alhabshi to help out her elderly neighbor whose living alone in George Town, Penang.

Her neighbour, Mr. Lim Kim Sung—fondly referred to as Uncle Ah San—has been suffering from elephantiasis (elephant leg disease). Elephantiasis is a parasitic infection that causes a person’s limb or other parts of the body to swell abnormally resembling an elephant’s leg.

Mr.Lim Kim Sung is a 79-year-old widower who currently lives alone at a corner terrace house in George Town, and he’s been living there since 1950. He travels to the Penang General Hospital by himself on a wheelchair for his dressing; and despite his illness, he continues to sell recyclable items such as cardboard boxes and old newspapers.

Shirin met Mr. Lim when she was 10 years old while growing up in the same neighborhood. She reached out to activist Syed Azmi with the hope that he would share Mr. Lim’s story on his Facebook page.

And he did. You can check out the original post here.

Shirin (now 27) teamed up with Syed Azmi to raise RM8000 that would be used to purchase essential items like a bed with lifting support and remote control, a commode chair, a private nurse for Lim’s daily wound dressing, a part-time maid, groceries and medications for the dressing.

They were able to raise the funds, which was way more than anticipated, within 24 hours, with donations flowing in from kind netizens from around Malaysia, Singapore, India, among others.

Who knew that Facebook could have such an impact in such a short amount of time in Malaysia?

Inspired by their acts of kindness, I reached out to Syed Azmi to better understand his motivation behind helping people in general.

Whenever I meet people that are involved in activities that are supposed to “better” mankind, I always want to find out how they came to that realisation.

About 6 years ago, Syed Azmi was living away from his parents and he wondered about the people that could attend to his parents in cases of distress. It didn’t take him long to realise that his neighbours would be the ones doing so.

At that point, he decided to not just love himself, his parents and his family, but also to extend the arm of love to his neighbours. He didn’t want to limit himself by loving and respecting just his neighbours but everyone. He believes that helping others in need would have a ripple effect and lead to the greater good. And that is one hope that he holds for us Malaysians.

A lot of people might see Syed Azmi as a social entrepreneur, one who uses innovative solutions for society’s most pressing social problems. However, he doesn’t perceive himself to be one. In fact, he clarifies that he just sees it as doing good, and that is all to it.

Syed Azmi views Facebook as an open platform and he believes that sharing positive content attracts positive individuals. And for that reason, he never uses his Facebook to bring down others or to criticise them.

Who Are Our Neighbours?

We all have been in a place where we often wonder about who our neighbours are. But I guess the real question is, “Who are we being neighbourly to?”

Although I do find that to be inspiring, what struck me during our conversation was when he mentioned that people don’t need money to be charitable—they need a good cause.

True. In our connected and yet lonely world, what we many are looking for is not fame, glory or incredible amounts of wealth but a good cause.

A good cause to do the right thing.

I guess it all comes down to the two old adages, “Love your neighbour as you love yourself” and “You will reap what you sow”.