[Startups To Watch] Letgo, Another Carousell Competitor, Is Here In Singapore 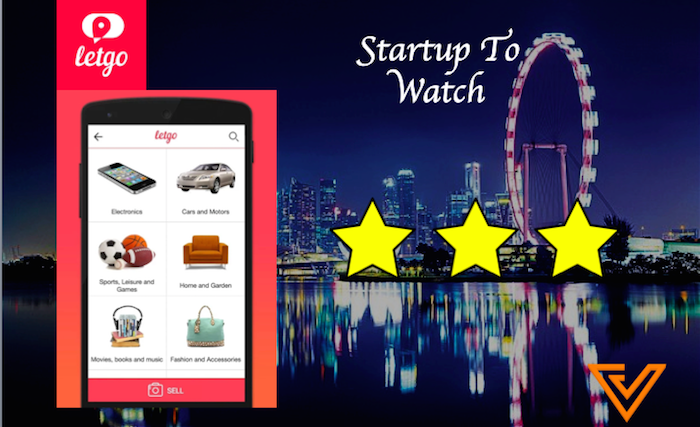 One of the things we think we do pretty well is discovering new, interesting apps or products — or at least, we think they are interesting enough. In one of our previous “Startups to Watch”, we featured Fuzzie, a sexy new gifting app we can’t wait to use. For this instalment, we chanced upon Letgo.

Letgo is an app that allows you to buy and sell second hand items. If you have an item you no longer need, just snap a photo of it and post a listing on Letgo. Need second hand items? You can browse through all the listings on the app and chat with sellers. Based in the US, Letgo seems to be ramping up its activities in Singapore. According to its Google Play page, it has been downloaded between 500,000 to 1,000,000 times.

Most of us are familiar with Carousell, the mobile marketplace in Singapore which has since expanded to the rest of Southeast Asia. Upon a closer look at both Letgo and Carousell, it’s clear that both user interfaces bear many similarities. S0 what determines the success of these marketplaces is how liquid they are.

In terms of liquidity, Carousell is by far the leader here: there are tens of thousands of active buyers and sellers interacting with each other everyday on the platform. Carousell has claimed that their average user opens the app 10 times a day, and spends about 25 minutes on it daily — a significant achievement for a home-grown app.

Carousell has also managed to penetrate much of the mainstream market in Singapore, dominating the “mobile eBay” mindshare. It would be hard for anyone to dethrone Carousell as the number one mobile marketplace — at least not in the foreseeable future.

In terms of competition, Letgo is not the first one to try to corner the lucrative and growing mobile commerce space. We’ve covered three notable ones:

1) Trezo by Singapore Press Holdings (SPH) — an e-commerce platform for users to buy and sell items. Launched back in April, Trezo has gotten 5,000-10,000 downloads on Google Play, and according to a Straits Times article, more than 5,000 listings.

2) Tompang, a hybrid m-commerce platform that not only allows users to buy and sell goods, but also tell Tompang what they want, at what price, and even possibly where to buy it.

3) Duriana, a mobile marketplace app launched in early 2014, has over 110,000 products listed on its platform (as at 2014). Duriana is backed by Rocket Internet, a company known for its speed of execution and for replicating existing business models that work.

So Letgo is not the first company trying to win the mobile commerce battle in Singapore — one which, we might argue, is already half won by Carousell, judging from the activities on the homegrown app.

Will it work? We won’t discount Letgo just yet; after all, it managed to garner an impressive number of downloads from Google Play in a short span of time. That said, there is not a lot of activity on its social page, and neither could we get any other information from its website. What we do know, though, is that we will be keeping an eye out for Letgo.