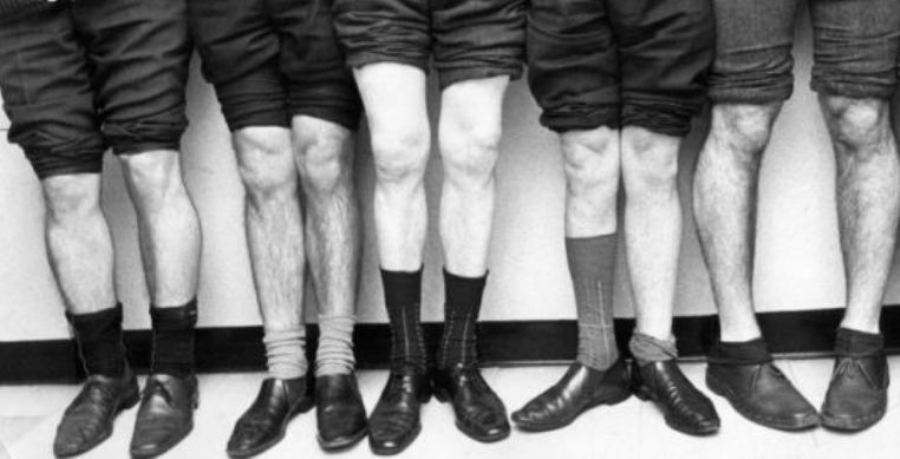 Recently, social media was abuzz with incidents of different men and women being denied entry into offices and other government-related buildings because of their dress code. In most scenarios, the people involved were even given additional clothing to cover themselves, so that they could go ahead and complete the work that they came to do.

Yet, despite being the recipients of such acts of kindness, the involved people—who were clearly in the wrong—took to social media to air their dirty laundry (pun intended) about how they weren’t wearing the right clothes.

And in true chauvinistic fashion, countless number of people came to their defense and supported their claim of not being indecently dressed.

And at that moment, I spiraled into a realm of endless sadness and never-ending depression at the fact that humanity has succeeded once more in defending the wrong—and in this case they were clearly in the wrong.

This whole trend began (well it got my attention) when a woman called Suzanna G.L. Tan posted a picture of herself with a skirt along with a picture of herself with a sarong at the JPJ office on Facebook. Apparently, she was handed the sarong because she was dressed indecently—clearly—and she recited the incident and how she felt about it on Facebook and lo and behold, it went viral.

The common response of people was, “How could they? How could they!? JPJ shouldn’t have denied the woman entry because she was dressed decently.”

Am I the only one that knows for a fact that she’s wrong?

I mean, every organization or premises has a dress code and JPJ is no different, for some reason they don’t want women to wear skirts that are above the knee because it’s indecent. For some reason they have a difficult time dealing with people who have their knees in front of everyone else’s face.

I’m no expert of women’s clothing, even though I spend countless number of hours staring at random women in a totally non-stalker-ish way and I have no idea whether the skirt is above or below the knee but I have to say that I can clearly see her knee.

And that’s unpleasant. Having to look at peoples’ knees is an experience that people shouldn’t have to go through. Think of all the long-term trauma effects that it could have on someone’s life.

In another instance, two women were also denied entry into the Selangor State Secretariat (SUK) building yesterday also because of the way they were dressed.

I’m sure you noticed the 2 women in the back who are fully clothed—and mind you that’s the proper way of getting things done—have absolutely no problem going about their business.

So like I mentioned before, the problem is with the knees. They are just plainly gross. In fact, they are like lizards; some people may like them but in most circumstances people just end up getting grossed out by them.

Mind you, “REAL MEN WEAR PINK” (and so do their boyfriends. #loveshouldn’twin—as some would say).

In the midst of all the comments from netizens, MAS did apologise and they did clear the air (which wasn’t needed) by releasing the following statement according to the Malay Mail.

“We have investigated the matter and found that it was a miscommunication on the implementation of a policy pertaining to the issuance of visitor passes at our airports. First and foremost, the dress code applies for public requesting for visitor passes to enter the terminal for any official visits or work purposes. However, the dress code does not apply to passengers passing through our airports”, MAHB stated.

And from that statement, we can all clearly understand that they have no problem with seeing the knees of people passing through the airports but they do feel the need to enforce the rule on people requesting for visitor passes to enter the terminal on official visits. And that clearly makes all the difference in the world, because apparently the only thing worse than looking at the knees of people around you is to look at the knees of immigrants.

I know that as a nation, we have to deal with other issues like crime, random earthquakes and their aftermaths, ridiculous fuel prices, and other issues—but do we really? Can’t we sort the problem of random strangers parading their knees around first?

Disclaimer: The author wrote this in response to the overwhelming amount of ridiculous occurrences about “indecently dressed” people being forced to wear sarongs or denied entry into official buildings. It was written purely from a sarcastic standpoint to show how nonsensical some of them are and you shouldn’t take it too seriously.

P.S.: He really has nothing against knees, lizards and the color pink.
Categories: Lifestyle, Opinions, Entertainment, Satire, Malaysian