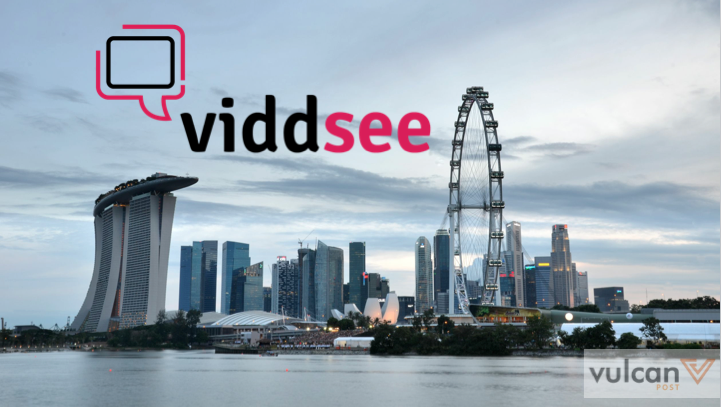 While everyone else was focusing on e-commerce and the Uber-inspired model two years ago, Ho Jia Jian and Derek Tan of Viddsee saw the future in video.

“Movies for the Internet are the future of entertainment and we’re proud to be part of this evolution,” said Jia Jian in an earlier interview with Vulcan Post.

In case you are unfamiliar with Viddsee, it is an online video platform for Asian short films. Today, the platform has grown to reach over 2 million monthly unique users. Other than having their own Viddsee picks that highlight short films worth watching, they’ve also recently launched a new Android app so that more people can watch short films on the go.

The Android app enables users to discover curated entertainment via a personalised experience. Like Spotify, users can sync the films they want to watch across desktop and mobile devices, receive personalised weekly film recommendations, search for films easily for a quick dose of entertainment, and view films with offline playback while downloading automatically when connected to WiFi.

“Since our founding, we have worked with many filmmakers to surface their stories to a mass audience. As we continue shaping the media and entertainment landscape as Asia’s Mobile Cinema, we are committed to continuing this work and help them make their next films with us,” said Jia Jian.

Reaching the 2 million user mark, & the importance of marketing

Growing Viddsee wasn’t without its challenges: the team — which started off and operated from the humble bedroom of Jia Jian two years ago — has slowly grown to consist of a sizeable 11 people. They handle various aspects of the platform, including engineering, content and editorial.

However, real growth only came late last year after the team began focusing on marketing. Instead of spreading themselves thin trying to capture a global audience, Viddsee narrowed their efforts to capture one market at a time.

“We started to focus on markets since late last year, and grew beyond our initial local Singapore and Malaysia markets. We use content growth and the learnings we get in terms of understanding how films travel in different communities to enter new markets, and to use that to re-purpose content for a larger community globally,” Derek told Vulcan Post.

To maintain the quality of their content and to prevent unnecessary competition amongst films (which could happen if they release a large number of new videos everyday), Viddsee only releases two films daily. As a result of that, they are able to contextualise their films across different markets to continuously help filmmakers market their films.

“Our position as Asia’s Mobile Cinema differentiates us from other video platforms where we ensure each film is taken care of in terms of its exhibition and marketing. From our positioning as Asia’s Mobile Cinema, we want to continue to entertain many more in Asia and globally thereafter. We also see ourselves working with filmmakers closely: today, we help them share and market their films, increasing exposure of their films, and later also figuring out how we can help them make their next films with Viddsee.”