The First General Elections: Where It All Began 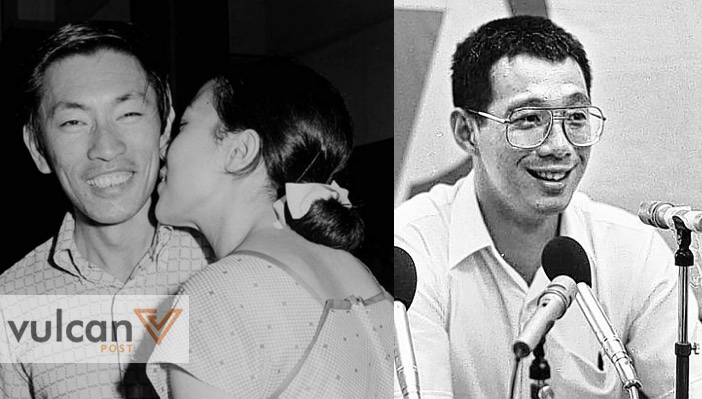 As we begin proper the 2015 General Elections, welcoming back old faces and introducing the new, it’s worth looking back at previous editions of the General Elections that brought in some of the most prominent politicians in Singapore. After all, before any of them were Minister, Prime Minister, or President, they all had to contest in a General Election, even Lee Kuan Yew.

It’s also awesome to see how black and thick some of these politicians’ hair were.

Way before Lee Hsien Loong became Singapore’s Prime Minister, he had to first be elected into Parliament. He took part in his first General Elections at age 32 in Teck Ghee and won (he looked much younger then, of course). Shortly after, he was appointed as Minister of State at the Ministry of Trade and Industry and the Ministry of Defence by the Prime Minister, who incidentally was his father, Lee Kuan Yew.

Lee Kuan Yew stepped down as Prime Minister later, and Lee Hsien Loong went on to take on more responsibilities, including a role as Deputy Prime Minister alongside Ong Teng Cheong. He later became Prime Minister.

Goh Chok Tong took part in his first General Elections in 1976, when he was elected Member of Parliament (MP) for Marine Parade at the age of 35. He later took on many portfolios, including Senior Minister of State for Finance, Minister for Trade and Industry, Minister for Health, and Minister for Defence, before becoming Singapore’s second Prime Minister after Lee Kuan Yew.

Ong Teng Cheong first ran for elections in 1972 for Kim Keat, which he won at the age of 36.

According to an interview with Ong in 2000, Lee Kuan Yew had wanted him to take up ministerial office early on in his career — something he initially turned down.

“In the early 1970s, Lee Kuan Yew asked me for an interview to get me involved to stand for election. I stood in 1972 and I won and became a PAP backbencher. A year later, Lee asked me to take up ministerial office but I turned it down because my younger brother was dying of cancer. I had to assist him and to settle his affairs after he died at the age of 25. Then Lee Kuan Yew approached me again and this time I agreed to take up office. Lee is very persuasive.”

He only received his first political appointment in 1975 as Senior Minister of State for Communications, before taking on the role of Minister of National Development in 1978. During this time, he pushed and initiated the construction of the Mass Rapid Transit (MRT) system. He later took over as NTUC Secretary General in 1983, became Second Deputy Prime Minister in 1985, before becoming the fifth President of Singapore in 1993.

In December 1976, Chiam entered politics at the age of 41, but lost to the PAP’s Lim Kim San. The photo above shows Chiam receiving a consolation kiss from Mrs Chiam. It would be another eight years before he finally won an election in 1984 to become MP for Potong Pasir, a position that he held up to 2011.

He is the country’s longest-serving opposition MP.

In 1981, he became the first opposition politician since Singapore’s independence in 1965 to win a seat in Parliament, when he defeated Pang Kim Hin of the governing PAP at a by-election in the constituency of Anson. His ran in his first official General Elections in 1984, and held his seat in Parliament in Anson until he lost it in 1986 following a conviction for falsely accounting the party’s funds. This conviction was later overturned.

He only returned in 1997 to run as a WP candidate for Cheng San GRC, but lost.

Lim Chin Siong, an influential leader and member of the PAP in the 50s, won his first General Elections in 1955 at the age of 22, possibly making him the youngest MP Singapore has ever had. As a strong and charismatic orator, he garnered the support of Chinese workers and students, adding to the PAP’s popularity in the 50s.

He represented the PAP in the 1956 constitutional talks in London with fellow politician Lee Kuan Yew. However, he was later detained twice without trial — the first under Lim Yew Hock’s government, and the second under Lee Kuan Yew’s government in Operation Coldstore as part of Barisan Sosialis, which crippled the party’s performance at the 1963 general elections.

In his GE speech in 1955, Lee Kuan Yew notably stated the reasons why he chose Tanjong Pagar.

After winning a seat representing Tanjong Pagar in 1955 at the age of 32, he became an opposition leader against David Saul Marshall’s Labour Front-led coalition government. He continued to contest in Tanjong Pagar for his whole political life, even after he stepped down from Cabinet. This made him the longest-serving elected MP, having served the Tanjong Pagar constituency for nearly 60 years until his death in 2015.

Some crypto companies in S’pore welcome the crypto winter, see it as weeding out the weak