4 Complaints From Bersih Haters And The Logical Defenses Against Them 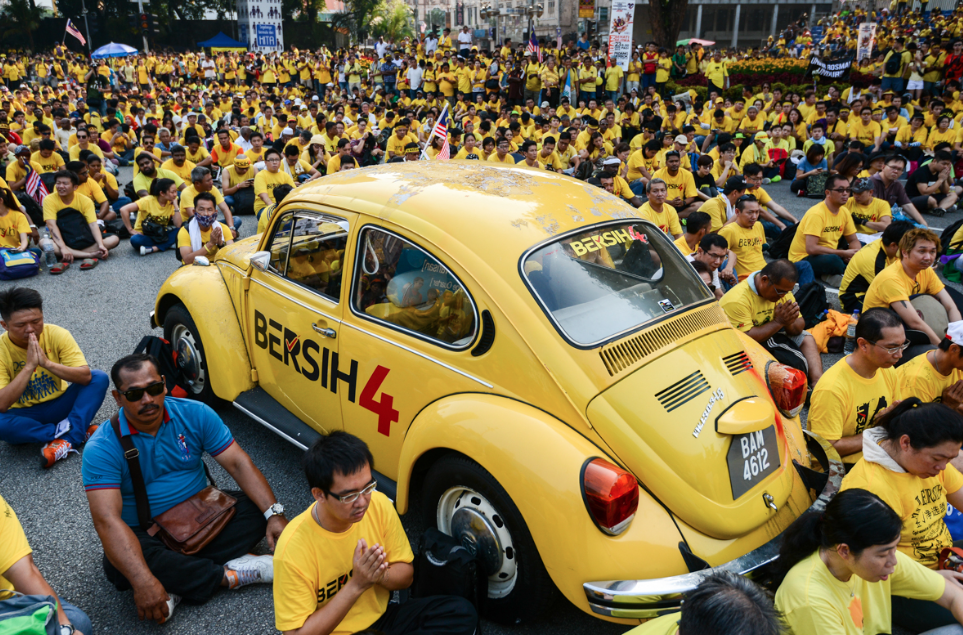 Bersih is no longer an alien term among Malaysians. For the Bersih 4.0 rally, the demonstrators made the goals clear, which was to have a clean government, right to dissent, strengthening parliamentary democracy and saving the economy.

Bersih has claimed that 200,000 people attended the rally and according to Malaysiakini, there was about 100,000 people during the peak of the event based on ground reports and aerial footage.

At least 16 people suffered food poisoning after being lamentably sabotaged by unknown individuals and 4 people were injured due to a firecracker being set off by a perpetrator. However other than that, even with the large crowds that gathered, no one was injured due to any other acts of violence. This portrays that the rally was peaceful as promised and an example was made when non-Muslims helped Muslim brethren to perform Wudu (ablution) before the prayers.

In spite of that, there are still many negative words that are associated to Bersih, like dangerous, chaotic, seditious, and many more.

Here are 4 complaints from Bersih haters that you might find interesting.

According to Facebook user Joe Najib, he said “Today and for the rest of the weekend, the hotels around KL are succumbing to low occupancy percentages.” He also wrote, “During normal Merdeka periods in past years, this is the time where they’re thriving, normally at 90%-100% occupancy, welcoming people from all over country, and all over the world, who come here to witness our Merdeka celebrations.”

Joe Najib highlighted that hotels in Petaling Jaya were “showing good numbers” but the ones in KL were not.

Perhaps it is important to note that during the two-day rally, other businesses like restaurants and vendor stalls earned more than they ever did before. Several restaurants were filled up and the vendor stalls even ran out of food.

Also Read
This Stall Keeper Teaches Us That There Are Many Other Ways To Support BERSIH 4.0

2) Bersih will not change much, what is the point?

It’s true, Bersih will not change much immediately, but the point is there. Joe Najib mentioned in his opinion article called ‘A Piece’ that Bersih doesn’t have enough reach or influence to win over the natives of the country as they are, while the government effectively markets itself to them.

Joe Najib states in a status that “Bersih alone is not enough”. However, as pointed out by Facebook user Syed Muzani, “It’s not supposed to be ‘enough’.”

Change, as shown by many historical incidents, does not happen overnight. The point is that Bersih has proven that Malaysians do have a voice and that they should be allowed to express it since they are losing faith in the government who is supposed to be accountable to the rakyat.

Some people complained that the protesters were abrasive in delivering their message, as they lacked the necessary permits to use the area they occupied, as well as disruptively demonstrating by obstructing and being noisy.

However, to explain Bersih’s position, their priorities were beyond something symbolic like a celebration but rather they’re trying to make a real change to achieve true independence, which is what the spirit of the celebrating Merdeka is about anyway.

Participants also waited to the very midnight to sing ‘Negaraku’ in unison and if that doesn’t reflect patriotism, then what does?

4) Bersih has no “entertainment”

One Facebook user, Julian Matthews shared ludicrous gripes about Bersih newbies that complained about not knowing where to go, the weather was so hot as there was nowhere to find shade, the rally was so disorganised, the vuvuzelas were annoying and the Internet was so bad that they couldn’t upload their selfies.

He then replied, “You do not go to a protest rally for ‘entertainment’ and expect to have the same creature comforts in a concert hall. It is not meant to be run perfectly. Expect to sweat, be sunburned, lose your friends, be pushed around and stepped on, and have technical hiccups and annoying people blow vuvuzelas and shout inappropriately—sometimes right in your ear.”

His words carry a lot of wisdom. No rally is organised and planned purely for the sake of comfort and convenience. If convenience is all everybody wants, then there would be no rally in the first place and we’d be sitting in our cosy air-conditioned rooms with the TV on.

There are pros and cons to any revolution. While revolutions can take time and effort, and disrupt the status-quo to get attention, it is also true that this movement intends to unite Malaysia in expressing their dissent with their government.

Whether the government is truly at fault or not, is subjective seeing as everyone is entitled to their own opinion; however, for over 100,000 people to willingly spend their long weekend holiday to stand under the scorching heat and sleep on the streets of KL for a night, surely that counts as a sign that something is being done wrong in the country?

While some have expressed their desire and excitement for a Bersih 5.0, I personally hope that we won’t have one. Because if we do, that signifies that nothing has changed and citizens are still fighting the same battle. If anything, I hope that there won’t be a Bersih 5.0, because then we’d be celebrating having a change—not needing one.

What do you think? Has Bersih done more good than harm, or no harm at all?