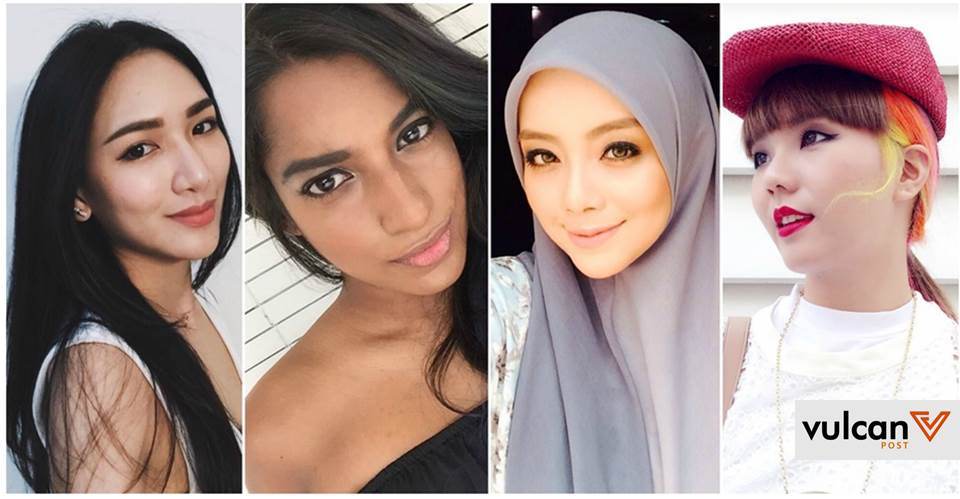 Unlike the baby boomers, instead of gaining work experience while taking an entry-level job in big companies, the Generation Y have creative and innovative ways to earn their income—by being an entrepreneur.

According to the Concise Oxford English Dictionary, the real definition of an entrepreneur is “a person who sets up a business or businesses, taking on financial risks in the hope of profit”. These online bloggers (aka social media influencers) are known to have a strong social media presence and having hoards of followers, but a blog is not the only platform they use to make a living.

Here we have list out some Malaysian bloggers who have also embarked on the journey of becoming an entrepreneur, and we hope that it will inspire you to chase your dreams of running your own show.

Mira has amassed more than 277,000 Instagram followers, especially since photos of herself in a JPJ uniform began to circulate on the Internet. The 22-year-old hijab beauty is a blogger, model, actress, and emcee. She has also become an entrepreneur earlier this year in February after she rolled out her own skincare line called MORA Essential, selling pure argan oil which is approved by Ministry of Health.

Jane is a woman who wears many hats. She is a DJ, a blogger, an entrepreneur, a photographer, a model, and an artist. Mostly Jane blogs about lifestyle tips such as beauty tips, travel, product and restaurant reviews. To-date Jane’s Instagram has more than 419,000 followers and earlier this year she took up a new challenge of running a café with her co-founders.

Jane shared during an interview with Streething that owning a café has been her dream since she was 17 years old. Together with her close friend Daphne, her café Project Space is a hub for coffee and music lovers. “We wish to connect people not just having conversations through coffee, but also music,” said Jane.

Daphne is a lifestyle blogger. Her casual writing style has attracted fans and social media followers, as of today the blogger boasts of over 128,000 followers on Instagram. Besides that, Daphne is a music lover. In recent years she has picked up singing and she can be seen posting her own music covers on her YouTube channel.

Recently Daphne blogged that she founded a café called Project Space in SS15 earlier this year alongside her Jane Chuck and two other friends. Prior to starting up Project Space, Daphne picked up a short course in Australia to be a qualified pastry chef. Having a passion for coffee, pastries, and music, she decided to combine these elements and turn it into Project Space. She described that their café is not solely a café, but it is also a creativity hub.

Sabrina is a huge beauty junkie. She started blogging in June 2011 and she blogs mostly about beauty products and make-up. At the same time she is also a vlogger who just started vlogging about a year ago. Two years later, she is also one of the faces behind Breena Beauty.

Sabarina, alongside her husband Tawfiq Nasir founded Breena Beauty in 2013. It took them 4 years to manufacture a brush that is Muslim-friendly plus vegan, and they launched their brand with their debut product which is a make-up brush called Face Luxe Brush.

Most people have known Vivy as the co-founder of Fashion Valet, an online shopping site which she founded alongside her husband Fadzarudin Anuar. When they first started Fashion Valet, the website only consisted of 10 local brands. To-date, the platform has more than 300 brands from across Southeast Asia. Later on Vivy founded another e-commerce site called dUCK, an online fashion boutique which specialises in selling a collection of plain scarves made from various luxe fabrics as well as prints.

A mother and fashion entrepreneur, Vivy is also a blogger and she blogs at PRODDUCK. Despite being busy with handling her shopping sites, she never neglected her blog. Vivy mostly blogs about parenting, food, fashion, and relationship, and her blog posts are written in a humorous and witty manner.

Look no further than Harmini’s store if you are a fan of quality items that are both handmade and heart-made. Harmini, who is also a blogger herself, sells hand handmade dreamcatchers and fashion accessories that are “mermaid-approved & 100% rainbow magic” according to her Facebook page. Recently she has extended her business to another brand called Deeper Than Beauty, a line of animal-cruelty free and homemade organic beauty products that she personally has tried, tested, and believes in.

Born in Kuching and based in KL, Na Na picked up blogging since year 2008 when she was studying in University. Normally she blogs about beauty, travel, and events but she tend to focus more on fashion which is exactly what she is doing currently.

A gorgeous shopping site, Mermaid Dreams was created from Na Na’s and her partner Michelle Ooi’s love for fashion. They both came up with the idea for a platform that provides high waisted bikinis to fill the gap in the swimwear industry after noticing the difficulty of getting one in KL.

Michelle Ooi embarked on the path of blogging back in 2010. A huge and passionate fan of fashion, she basically does everything related to it. She blogs about fashion, created her own clothing brand called The-Kins and Michelle Ooi Collection. In fact, she is dubbed as one of the influential fashion bloggers in Malaysia. Together with Na Na, they both founded Mermaid Dreams Bikini Line in 2014, and the brand has recently signed a deal with Miss Universe Malaysia 2016 as their official swimwear sponsor.

Fatin Suhana is a lifestyle blogger. Her entrepreneurial journey started when she was still a Diploma student in 2009 by selling pre-love items. Later in 2012, Fatin teamed with her hushand Mueiz Nazari to create a clothing line for Muslim women called ByFatinSuhana. The reason behind the name is that the clothes are all designed by Fatin herself. An ambitious young woman, Fatin also revealed that she is in the midst of developing her soap business.

Blogging since 2004, Careen’s blog has always been a platform where she shares about her journey in relationship, marriage, travel, and more. Her content is relatable as she always shares personal stuff on her blog.

Besides blogging, Careen also owns an online fashion boutique called Chiq Fliq. The name was inspired by the movie term “Chick-Flick” is a slang term for a movie genre mostly dealing with romance and designed to attract a female audience. According to the description of the website, Careen is a fan of chick-flicks and chic apparels. What better idea could she get by combining her favourite film genre with her personal interest?

Currently the founder is taking a break from operating Chiq Fliq but they are still operating and selling on ground in bazaars and pop-up events.

Sabby Prue is a full-time Malaysian beauty and lifestyle blogger and vlogger. She talks about make-up, fashion, and baking. That’s right—when Sabby is not writing about make-up and fashion, she runs her own home-based bakery called Little Bakerina. Founded in 2008, Little Bakerina producing cupcakes, cakes, brownies and cookies for any occasions.

Graduated with a fashion design background, Kittie Yiyi is a blogger-turned-fashion designer. Fascinating with colours and polka dots, she has made a name for herself in the blogsphere as well as the fashion scene. She launched her debut line last year at the Kuala Lumpur Fashion Week (KLFW) Ready to Wear 2014. Kittie also presented her rainbow-inspired collection on the recent KLFW 2015 runway.

The founder of Kinky Blue Fairy has been blogging for more than 10 years. Joyce looks at blogging as a form of keeping a diary and she writes about lifestyle topics such as food, party, travel and fashion. Throughout the journey of penning down her thoughts, Kinky Blue Fairy has evolved from a personal blog into a boutique creative agency. Currently Kinky Blue Fairy specialises in online campaigns, PR, events, and it is also an e-commerce platform where you can find different fun and quirky festival accessories.