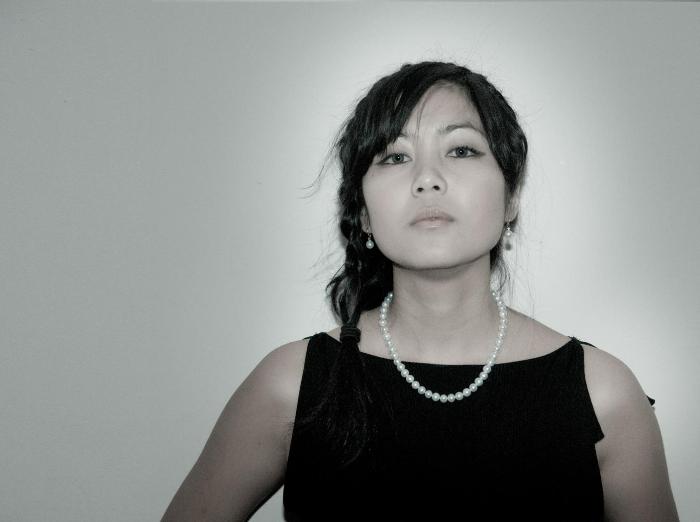 The startup industry has been a male-dominated landscape; however, there are actually many outstanding women making their mark to take the risk in building a startup at such a strenuous environment. Hence the number of female owned businesses are now significantly higher than in previous years. According to a chart in Statista, Kuala Lumpur is one of the top 10 cities with women accounting for 19% of new startups.

Here we’d like to shine a light on these 10 impressive female entrepreneurs who has inspired us by building their own businesses against all odds.

After graduating from Cornell University in New York, Cheryl and her ex-classmate started CityPockets—a free web service to keep track of daily deals from websites like Groupon, Living Social and 500 other such sites in the U.S. Later in 2012, Cheryl co-founded Reclip.It, a personalised shopping list app that was later acquired by Walmart Labs in 2013.

Throughout the years Cheryl has won numerous notable accolades such as being named by Mashable as one of the “Top 44 Female Founders Every Entrepreneur Should Know” and “Top 10 Women in Digital” by L’Oreal. Passionate about building great entrepreneurs, she was appointed to become the first CEO of MaGIC in April 2014.

Ai Ching founded Piktochart in 2011 together with her co-founder after they both resigned from their day jobs. Fascinating with tech startups and in loved with designing, Ai Ching and her partner saw that the idea of infographics was going to be a permanent trend. This led them to create the web app—Piktochart, to help people put their information into visual stories (infographics).

In this past few years, Piktochart has won a number of awards such as the Best of Startup Companies category at the same APICTA Awards. Apart from that, the platform has been used by over 10,000 businesses worldwide and recommended by Forbes Magazine.

Shoppr was developed in 2013 by Sylvia Yin and Kendrick Wong as an online store aggregator app that gives users clothing recommendations. Later on they moved away from that direction and now Shoppr has become as a place for girls to share their fashion style, influence thousands of other fashionistas and get inspired by fashion around them. In short, it is for fashion inspiration and can help you with your daily struggle of what to wear.

The team have won every Hackathon they have attended. For instance, AngelHack Kuala Lumpur and D3 Hackathon. Apart from that they are also the winner of Facebook PARSE, Best App for Commercialisation and the MYDD AT&T Hackathon. Earlier this year, Shoppr raised USD $400,000 in seed funding from 500 Startups, East Ventures and a Malaysian angel investor via the Angel Investor Forum.

Vivy was inspired by the online shopping culture when she and her husband Fadzarudin Anuar were in London. Later on they founded FashionValet together in 2010.

FashionValet is one of Malaysia’s leading online fashion e-commerce website and it was kickstarted with RM100,000 with only 10 local brands. To-date the platform has more than 300 brands from across Southeast Asia. Earlier this year in March, FashionValet also achieved the RM10 million revenue mark and secured a multi-million dollar investment led by Elixir Capital, a global private equity firm based in Silicon Valley, California.

Jes Min had a pretty frustrating experience when she hired a videographer she found over the Internet. The videographer lost all the video recording of her wedding ceremony. It was then that she came up with RecomN.com that serves as an online platform that lists trustworthy and reliable service providers around Malaysia. RecomN.com also serves as a social recommendation platform that links users to service providers that their friends trust and recommend.

Founded in 2014, as of today, the platform has recommended over 1,500 service professionals to customers all over Malaysia. Currently RecomN.com processes over RM1 million in job requests every day. So far RecomN.com has won the People’s Choice Award twice in Echelon Malaysia Top 100 Startups Qualifier in 2014 and 2015.

Food delivery is a huge industry in the startup scene. In April 2012, Shir Mein Leong co-founded DeliverEat, Penang’s first doorstep food delivery portal that enables anyone to enjoy a vast variety of food, from western to local delights. Unlike its competition, two thing that sets DeliverEat apart is its local origins and true understanding about what its customers crave for.

Currently there are more than 150 restaurants available on DeliverEat. Last year they received RM500,000 from Cradle Fund after proving that there is a demand for what DeliverEat offers. Apart from that, DeliverEat was also one of the top 20 Finalists for Alliance Bank BizSmart.

CLOSETStyles is a marketplace app for women to buy and sell pre-loved clothes. During our previous interview with Kam Ling, one reason that prompted her to start her venture in Malaysia was the seriousness of fraudulent practices in Malaysia.

After sensing the need for such a platform, Kam Ling quit her job in Singapore and moved back to Malaysia to improve the women’s fashion online marketplace with CLOSETStyles. The startup was one of the winners of the five-day Alpha Startups pre-accelerator programme organised by 1337 Ventures. Two months after the CLOSETStyles app launched in the Apple App Store, they have more than 100 brands available ranging from Zara to Hermès.

Prior to starting Queen’s Hostel, Rachel founded Panda KT which is a Public Relations and Advertising agency together with her partner Zoe Tam. Later on they wanted to do something different, hence they decided to use their travelling experience to open a hostel. Following that they both went to persuaded around 20 people to invest RM10,000 each and they achieved their target in less than three days.

Queen’s Hostel is a type of luxury hostel for female backpackers. This budget-friendly accommodation is strictly meant for ladies only and the hostel provides girly things like hair straighteners and OPI nail lacquers. Just four months into Queen’s opening, the hostel has been placed second on TripAdvisor with glowing reviews.

Jesrina launched PurelyB around May this year. PurelyB is a one-stop portal for every healthy need and the website is aimed to make healthy living easy via guides to different healthy restaurants, tips, recipes, and online consultations with a panel of certified experts. The website has been a success and it boasts a spectacular figure of 10,000 followers in just its first month.

Many people may know Anthony Tan as the founder of MyTeksi, but do you know that he actually co-founded it with his Harvard classmate?

Former McKinsey consultant and MBA graduate from Harvard Business School, Hooi Ling Tan co-founded MyTeksi in 2012. From its humble days as a small company, currently the app has a presence in 26 cities with over 110,000 drivers across the Southeast Asian region.

Recently the company has raised over USD$ 350 million in funding from Coatue Management LLC, a US investment firm that invests in technology worldwide. With the new injection, MyTeksi’s total funding has increased to approximately US$700 million, making it one of the best funded startups in the history of Southeast Asia.