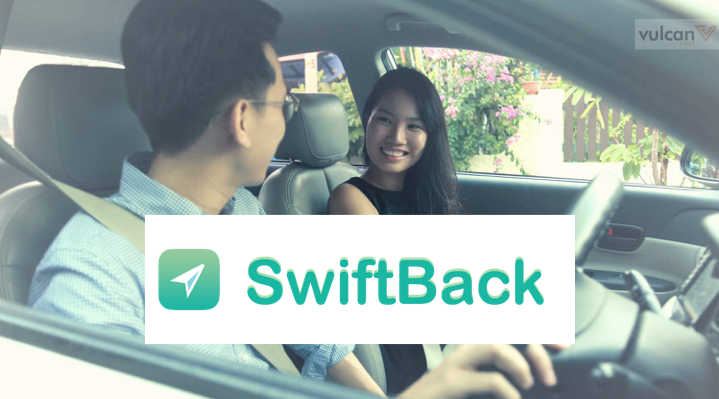 Earlier this year, we introduced carpooling app RYDE, which allows users to connect with car owners travelling their way, and hitch a ride to wherever they may be going. It gives commuters a cheaper alternative to taxis and a more comfortable option than trains or buses, while offering car owners the opportunity to split fuel costs — a win-win situation, if there ever was one.

SwiftBack and RYDE offer pretty much the same functionalities: they allow for cashless payment methods, give female ride-sharers the choice to select a “Female only” option, and promise to keep costs lower than those offered by taxis. One difference, though, is how the costs of rides are split. RYDE comes with a built-in algorithm that estimates and splits fuel costs based on distance, while on SwiftBack, this value is obtained using a “fixed and affordable pricing structure.”

A quick check on the FAQ section on SwiftBack reveals little about this pricing structure: “How much should a driver charge depends on several different factors, however under new LTA laws, drivers who carpool have the rights to claim a small “Recovery rate” fee to help relief the expenses of owning a car. Whichever it is, the chip in cost should be no more than Taxi rates.”

The factors that go into determining the fare are not stated, while clicking on the tab for “Transparent Pricing” brought me to this page:

Overall, this serves to make SwiftBack seem less transparent than its competitor RYDE, at least in terms of pricing.

Still, I did notice a number of great reviews of SwiftBack on its app page, so I decided to test out just how reliable the app is when it comes to pricing. I went with a route I take nearly every day — the one from the Vulcan Post office in Toa Payoh to my home in Potong Pasir. On SwiftBack, this trip was estimated to cost $5, while a ride via GrabCar — a private car service — would set me back by $9. A ride with taxi-booking app GrabTaxi, meanwhile, would cost me anywhere between $8 and $13.

So it seems SwiftBack does manage to keep to its aim of providing rides that are cheaper than those offered by the usual taxis, though I would prefer having easier access to how costs are calculated exactly. Trust is an important factor when it comes to apps that require you to interact with strangers alone, and any feature that helps up the trust factor will go a long way towards providing ride-sharers with a better experience.

Driver Or Rider? Make Your Choice

Something I noticed about both SwiftBack and RYDE was that both assumed that users would be either drivers or riders, and not both. SwiftBack, for example, requires drivers to download a separate app SwiftBack Drive. RYDE, on the other hand, asks you when you register if you’re intending to be a driver or ride-sharer. I had to create a separate account (using a different email address) to sign up as both. This makes it hard for those who see themselves using both services offered by the two apps.

What if I want to make a quick buck on the way home from work on weekdays, but would much prefer to save on exorbitant parking fees in the town area during the weekends? Or what if I generally like driving, but need a ride on the rare chance my car is sent off for repairs? It would be a nice touch if users were able to toggle between the two ends of the service more quickly, instead of having to log in/out or open a new app each time they require a different service.

Overall, I do like the idea of carpooling, reservations about spending any extended period of time with strangers aside. A simple browse through the comments left behind on SwiftBack’s app page reveals that some users have managed to connect with car owners to get rides on a regular basis, e.g., to work on weekdays. And if there’s anything that guarantees support for a new app/platform, it’s when it manages to build a community around the service it provides.

That said, the ride-sharing apps available in Singapore currently have a way to go in terms of transparency and user-friendliness before I can see myself fully committed to those platforms. While price is a big factor in appealing to users, or even encouraging repeat/serial ride-sharers, various other aspects need to be worked out before carpooling apps can offer the comprehensive service that both drivers and riders seek. Until then, I might have to rely on my trusty GrabTaxi app and deal with the higher cab prices in exchange for transparency.

Editor’s Note: SwiftBack has since informed us of their updated pricing page:

It’s great that we’re getting a better idea of how much we can expect our rides to cost, though I’d say the distances corresponding to each price is too wide: imagine exceeding the 8km limit by just a couple hundred metres, and having to pay double the price for your ride home.