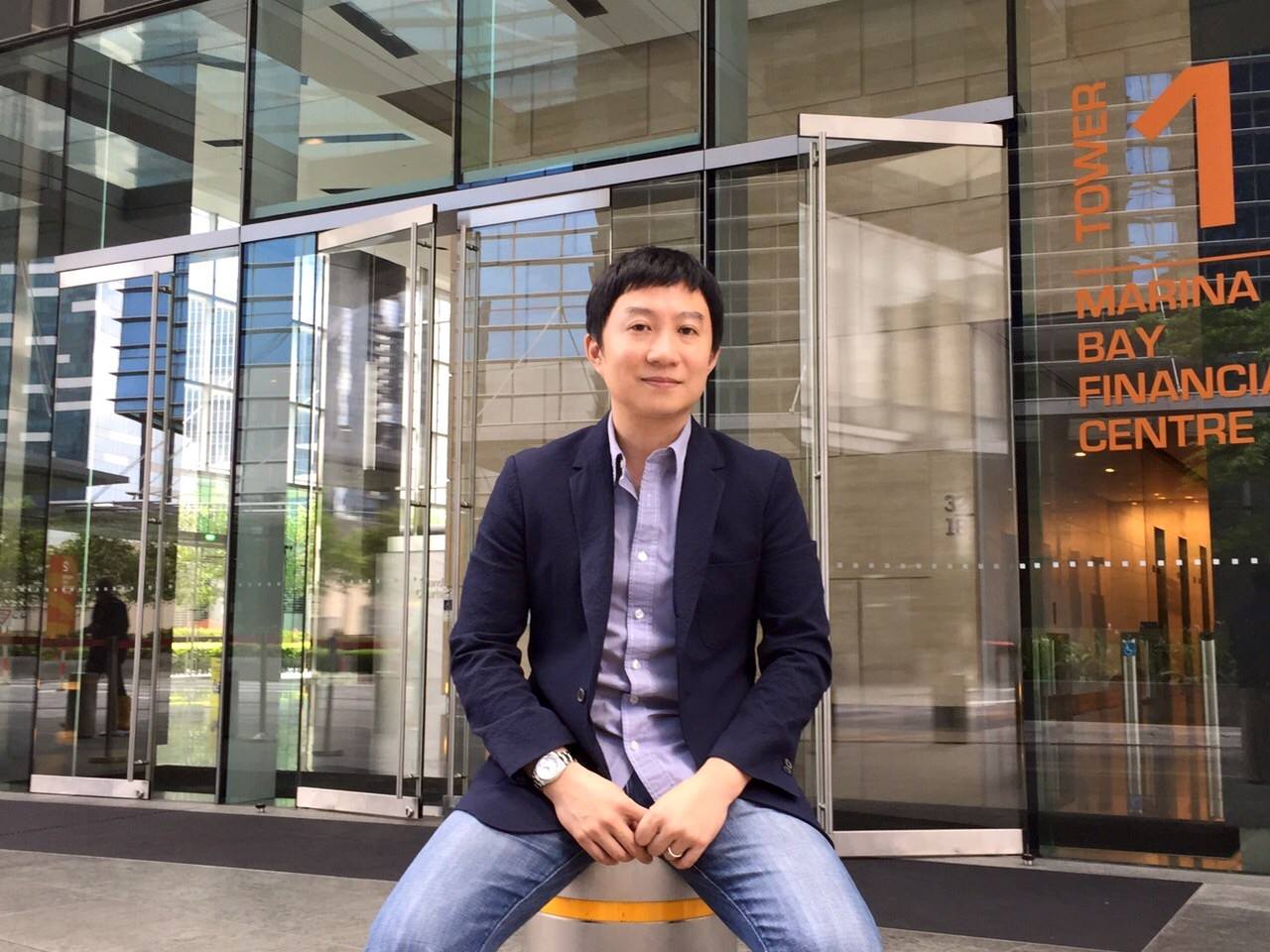 In populous Singapore, getting around can be a torture despite our ever-efficient public transport systems. Most of us can testify to thinking wistfully of comparatively spacious cars, whether our own or others’, when having to commute at peak hours or experiencing MRT breakdowns.

Like many of us, Terence Zou has had many personal experiences with Singapore’s occasional transport woes. Instead of stopping at good-natured grumbling, however, the founder of realtime carpooling app RYDE decided to take matters into his own hands. Asked about the spark behind RYDE, he says:

“I’ve been driving for many years — most of the time alone. Two Christmases ago, I decided to leave my car at home during a shopping trip to Orchard Road.

To my dismay, I was stranded in town for a few hours — I couldn’t get a taxi with all my shopping in tow! I thought to myself that there was clearly an optimisation problem here, one which I hadn’t put serious thought into as a driver.

Many empty cars. Fully occupied taxis and trains. Many stranded commuters. There must be a solution to this problem.”

RYDE is the latest mobile app which seeks to promote ridesharing in Singapore. Through RYDE’s geo-location technology, you can match with a car owner going the same way, carpool your way to your destination, and use the app’s in-built algorithm to split fuel costs at the end of your trip. Like Airbnb, Uber and other pioneers of the sharing economy, RYDE wants to offer Singaporeans a novel way to leverage on the community around us.

There’re countless benefits that can come with making carpooling your preferred mode of transportation. Convenience is definitely one — imagine hopping out of bed late and simply calling for a rideshare through RYDE. You might argue that taxis can do the job just as well, but for RYDE, costs will be split between driver and passengers — its cost-effectiveness definitely heightens the appeal of carpooling.

Another important advantage the ridesharing concept can boast — and which not many other transport modes can — is eco-friendliness. RYDE is a certified social enterprise, and according to Terence, what it’s forging is a “sustainable way forward” for transportation as cars’ carrying capacities are optimised.

“Through carpooling, we reduce our carbon footprint. Some people may consider giving up driving eventually — I think we have come to a point where people do care about a more sustainable option forward.”

On Sharing And Community

And if that’s not enough to convince you, here’s one more reason to love carpooling through RYDE: the social experience. Commuting is usually a solitary affair — go into a packed train or bus and only the stifling silence of people glued to their phones will greet you. But Terence points out that through RYDE, your morning or evening commute could be a cheerier one:

“Living in the city can also be a social experience — meeting new people and making new business contacts! There are many good people with great stories whom we have yet to meet.”

Talk about a high-tech version of the kampong spirit. Naturally, there might be some safety concerns regarding carpooling — after all, we’re talking about getting into a car with a stranger here. But from profile verification via driving licences to a ‘Ladies Only’ option, Terence assures us that “all aspects of RYDE were built with safety in mind”.

Ultimately, it’s nice to think that through RYDE, we might foster some good old-fashioned trust in our local community. As Terence points out, “we’re part of the new sharing economy. Trust and safety are key for it to function optimally.”

New Kid on the Block

Carpooling may be relatively novel in Singapore, but RYDE certainly isn’t the first player in the game. After new traffic laws were passed in March this year, making it legal for motorists to accept payment from people hitching a ride, RYDE was just one of the several ridesharing sites which joined the ranks of older platforms like Tripda and ShareTransport.sg.

So what sets RYDE apart? According to Terence, RYDE is a trailblazer in many ways.

“We are the first real-time carpooling platform. The first social enterprise in this space to negotiate an insurance deal. The first to launch after LTA’s new regulations in March. ”

RYDE has big ambitions: the startup’s ultimate aim is to build an “Airbnb model of transportation” and in that, Terence claims, it is also the first in Singapore and the region. But apart from all these, he emphasises that RYDE’s commitment is to their original mission of making commuting sustainable and affordable. ”We’re focused on our own race — that is the best way to run a good one.”

RYDE is definitely a startup to watch: it’s only been around for a few months, but it’s already attracted a lot of attention from local conglomerates.

For its Earth Day campaign this year, for example, MediaCorp’s Saving Gaia intiative highlighted its support of RYDE’s social cause. Last month, RYDE also announced its partnership with insurance giant Aviva to provide coverage for drivers at zero premium — a safety initiative that’s the first of its kind.

Currently, the startup counts big names like PayPal among its partners, and according to Terence, “bankers, engineers, teachers, civil servants, military people, and students — every strata of society that you can imagine — are signing up.”  All this support, he says, is proof that “we must be doing something right.”

And with more and more Singaporeans turning to RYDE, Terence expects that the service will only get better in the future.

“There’re some areas that’re still under-served by drivers, so the number of successful matches by riders there may not be as high. But this problem will be resolved in time, as more people join our network.”

RYDE may not be the first ridesharing site in Singapore, but it’s certainly one of the most promising around. We’ll definitely be keeping a lookout for it as the sharing economy continues to take off, both here and around the world.