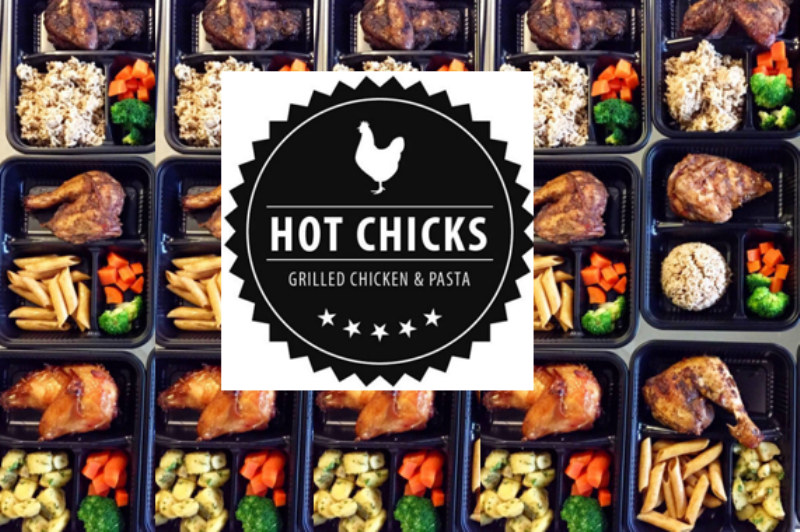 Food is nourishment for the body and packing lunches to work or classes is no longer an uncommon practice. Chances are we would know somebody who brings their own lunchbox and though it might seem at first that they are missing out on the variety of meals available out there, preparing a healthy meal for oneself is one way by which we can actually show self care. It also helps save up on precious money, so who’s laughing now?

However, time constraint and the unwanted hassle is a reason that many would say is a deterrent when it comes to prepping a meal from scratch; where there is a problem, there is bound to be a solution. This is in fact something which many Malaysian food-based startups have recognised and geared towards solving by having lunch subscription plans suited to just about any lifestyle.

After all, having a lunch which is self-prepared or lovingly made by a company that wants the best for you, both would do the body good either way.

More Than A Name

Hot Chicks are more than just their catchy name. They are a business by two partners, Inbaraj Suppiah, who runs a creative agency as well as Bernard Tan, a semi-retired entrepreneur who  was in the automotive industry. Both men are also home cooks and if there’s anyone to trust meals to, it would be those who have the passion to put in the time towards it.

Inbaraj shared with Vulcan Post that he has been toying with the idea of Hot Chicks since 2014. He finally got serious about it towards the end of 2015 and roped in Bernard to materialise the startup. He shared his ideas with his eventual co-founder and decided to make like Nike and ‘just do it’. As for the name, it popped up during one of their discussions and stuck ever since.

The menu currently comprises of one quarter of a grilled chicken alongside side dishes and there are 4 flavours available as of now, with 1-2 more to be introduced later on. “Our bestseller is the Honey Lemongrass, you’ve got to try this, and Spicy Peri-Peri which some say is better than Nandos,” Inbaraj claimed.

Chicken As The Star

The side dishes, which are pasta and vibrant brocolli and carrots may be great compliments, however the star of the dish would no doubt be the chicken. The one who would know the most about preparing it would be Inbaraj himself who has had his fair share of experience making them.

“I’ve been cooking chicken for a long time, and every time I post photos on social media, everyone wants to buy a piece,” Inbaraj said. Chickens alone would not have been a complete meal, and that is where the sides came to play.

Also Read
Thank The Dessert Gods, These 3 Guys Will Deliver Gelato Ice Cream To Your Doorstep

Inbaraj and Bernard saw a lack of good wholesome lunch pack deliveries in the market and that’s when they decided to step in with their ideas which have received good responses thus far. “Since end of November, we have fed about 500 people. We’re running a small operation at the moment, to validate our business and also our menu,” Inbaraj said.

In fact, amongst some of their most recent clienteles are MIX FM announcer Linora Low who is one that supports a healthy lifestyle, and Phat Fabes, a well-known Malaysian radio announcer, was spotted grinning with a plastic bag full of the meals on Hot Chicks’ Instagram page.

Sure their meals are Insta-worthy and they may have the celeb grade of approval, but one thing which sets this startup apart from others is their adamant emphasis on flavour. Any meal can sit on a desk and look pretty with the right filter and angle, but what Hot Chicks brings to the table is their choice to stress on the taste. That is also exactly how they plan to differentiate themselves from the saturated healthy food delivery industry.

Inbaraj told Vulcan Post, “We see most of them focusing on fitness meals with their low carb, slow carb or zero carb and low calorie ingredients, but the feedback we get from customers is that most of these healthy meals have zero flavour. We’re all about flavour. We want to provide people healthy home-cooked meals with fresh ingredients that tastes awesome.”

As such, they aren’t worried about the nitty gritty details such as carbs and fats. “Since our main item is a huge piece of protein, we’re pretty sure it’ll be healthier than most food you get from Malaysian food joints. If you really need to lose weight, exercise,” Inbaraj said candidly.

Currently their lunch packs retail for RM18 per pack and they offer discounts and free delivery within 10 km of Taman Danau Desa for orders which consists of more than 5 packs. For individual packs, they only deliver within Taman Desa or Old Klang Road areas. For everywhere else around Klang Valley, it also has to be a minimum 5 packs per order. Inbaraj explained that this is to remain cost-effective.

Have Chicken, Will Fly

The response for their healthy light bulb invention, as Inbaraj worded it, is ‘unbelievable’. They did not expect as many people to fall in love with their meals and most of their customers have commented saying that it was “the most awesome grilled chicken they’ve ever had”.

“They can’t believe how juicy and flavourful the meat is. We try our best to ensure the flavours are infused all the way to the bone, and cook it to perfection to ensure the meat is not undercooked or
too dry,” Inbaraj said on what makes their chickens so delectable.

With such a response from the consumers, Hot Chicks has big plans for their business in the coming days. “We’re in talks with 2 potential investors. We’re planning to set up a dedicated home kitchen with full-time staff this month. Once we have increased our capacity, we’ll boost our marketing activities to reach out to more potential customers,” Inrabaj conveyed.

“We will also be expanding our pasta menu this year,” he said, so more power to the team as these two work hand in hand  to ensure that they see a more flavourful 2016 for Hot Chicks.