Online Korean Movie And Drama Platform VIU Launches In S’pore, And All The Content Are Free! 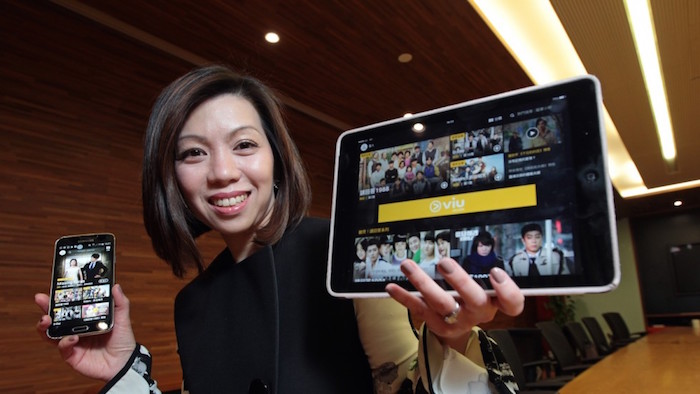 As we move into a world where audiences want content now, but TV stations are too slow, we are seeing the explosive growth of on demand Internet TV such as Netflix, which just launched recently in Singapore.

For those who might not be interested in English content but are looking for Korean, Chinese or Hong Kong TV content, there are plenty of alternative Internet TV, and VIU, is one of them.

VIU, a video streaming service focusing on Korean content, has just announced that it is now launched to all users in Singapore, shortly after Netflix’s launch in Singapore. Here’s how the website looks:

VIU is based on a freemium model, and it offers Singapore users instant access to premium content sourced from Korea, Japan, Mainland China and Taiwan on multi-platforms and devices. These content includes the latest popular Korean drama series and variety shows offered with subtitling 8 hours after Korea telecast. There are over 10,000 hours of premium Asian content on VIU, including popular variety shows, Running Man and The Return of Superman, as well as newly released dramas Remember, Moorim School, and soon-to-be released Descendants of the Sun starring Song Hye Kyo and Song Joong Ki.

Since its launch in Hong Kong, Viu has attracted more than 500,000 downloads in less than three months.

Janice Lee, Managing Director of PCCW Media Group said in the press release that according to a recent research they conducted on online viewing of drama across multiple Asian markets, Korean content to be amongst the most popular content category for Asian viewers.

“53% to 80% of viewers surveyed across Singapore, Malaysia and other markets like Jakarta, watches Korean drama on a regular basis.”

You can stream movies on VIU.com, or download the apps from App Store or Play Store.

1) How much content can available on Viu OTT and what’s the cost to customers?

In Singapore, Viu has a catalogue of almost 10,000 content hours with around 4,000 hours of the latest Korean drama and variety shows from KBS, MBC, SBS and CJ E&M – which account for approximately 95% of the telecast dramas from them in addition to other premium Asian programs. At launch, there will already be an extensive choice for users on the latest primetime Korean dramas and variety shows, which includes crowd favorites such as Running Man and The Return of Superman, the newest Korean drama series Descendants of the Sun and Cheese in the Trap, and music show Inkigayo for the K-Pop fans.

As for the cost to customers, Viu operates a freemium model – the service is free at launch and supported by advertising. We will be introducing a premium layer at a later date, details of which will be announced in due course.

2) Thoughts about Netflix’s launch in Singapore?

More players in the OTT market is a clear indication of the business opportunity emerging from the rising demand from users, especially the Millennial Generation, who increasingly want to access their video entertainment on mobile devices. It reaffirms that Viu OTT is in the right business, launched in the right market and at the right time.

In Asia alone, there are over 500 million OTT users. In Singapore, where internet penetration is among the highest in Asia (second only to S. Korea), we see Singaporeans regularly watching video on the internet (42%) and they spend twice as much time on the Internet vs. traditional TV and 66% of them stream/download content.

3) Is Viki a major competitor for Viu OTT in Singapore?

We don’t consider Viki a major competitor. With around 10,000 hours of Korean and premium Asian content of which 4,000 hours are the latest current telecast Korean content which are localized with English and Simplified Chinese subtitles in 8 hours for some selected Korean content andwithin 24 hours for others. Our offering to consumers is very appealing. Viu OTT is launched on a freemium basis, with free download options, multi device synchronization with viewing history and user friendly search tags.

General mass who have interest in video, especially Korean and Asian content, and those who are interested in viewing them online either through streaming or downloads for easy access

5) How big is the team in Singapore and are there any plans to introduce local content?

6) What are the marketing plans for Viu OTT? Ad buys / organic growth / influencers?

We are committed to supporting Viu in the regional expansion with all-out 360 marketing approach. Digital is indispensable but we want to engage with consumers in most of the touch points.

7) How important is the Singapore market to Viu OTT and why so?

Singapore has one of the highest internet penetration in Asia at 84% second only to South Korea across Asia with high smartphone penetration.Almost half, 42%, to be exact, of Singapore netizens watch TV content and movies on the Internet and 66% of them stream and/or download video content each month. (We are Social Nov  2015). We offer Singapore users the content they love on their mobile devices with localisation of 8 hour English and Simplified Chinese subtitling for selected programs and within 24 hours for others; multiscreen multi device synchronisation with viewing history, free download options, user friendly search tags, etc. which I am sure will be very appealing to Singaporean fans as they can now enjoy access to their favourite video programs anytime, anywhere.

Time spent on the internet is around 2.3 hours per day according to We are Social Global Digital Mobile Survey (Jan 2015). Singaporeans spend on average 25 hours on the Internet vs. 12 hours on TV. If you do the math, Singapore netizens spend over 25 million hours each month watching online video that equates to a staggering 32,500 years of online video watching in one year – making this a key market for Viu.